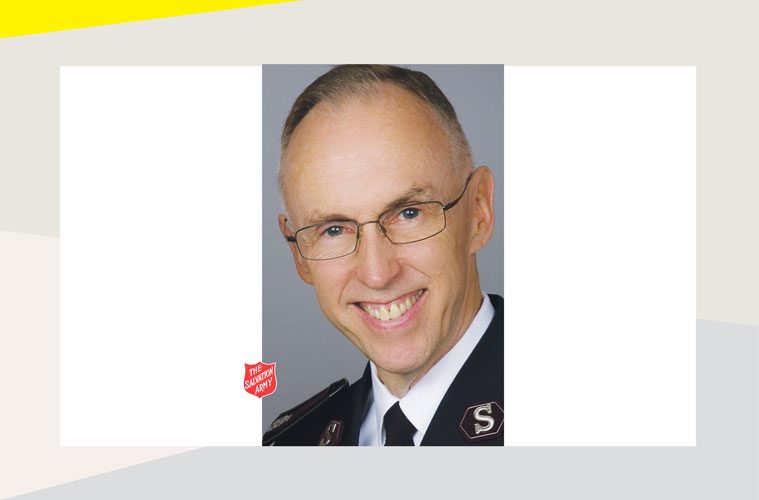 06: How The Salvation Army will double its impact on homelessness with Commissioner Kenneth G. Hodder

When Commissioner Kenneth G. Hodder returned to the U.S. after 11 years living abroad, he said he was taken aback by the number of people he saw living on the streets—in tents, below freeway underpasses, and at the base of our cities’ skyscrapers.

The organization began in London in 1865 as William Booth walked the streets preaching to the homeless, the hungry and the destitute. What became The Salvation Army set out to offer compassionate, tangible service to people in need—you may have even heard the motto: Soup, Soap and Salvation.

Now that service extends to more than 130 countries around the world and to every zip code here in the U.S. as The Salvation Army works to meet human need in every community—exactly as that community needs.

A graduate of Harvard Law School, Commissioner Hodder has served as a Salvation Army officer for 31 years—ministering in communities from Glendale, California, to Kakamega, Kenya.

In this episode, he shares more about The Way Out—a Salvation Army initiative in the West to not only address the epidemic of homelessness, but to double The Salvation Army’s impact—because as Commissioner Hodder says: there is no one better poised to do so. 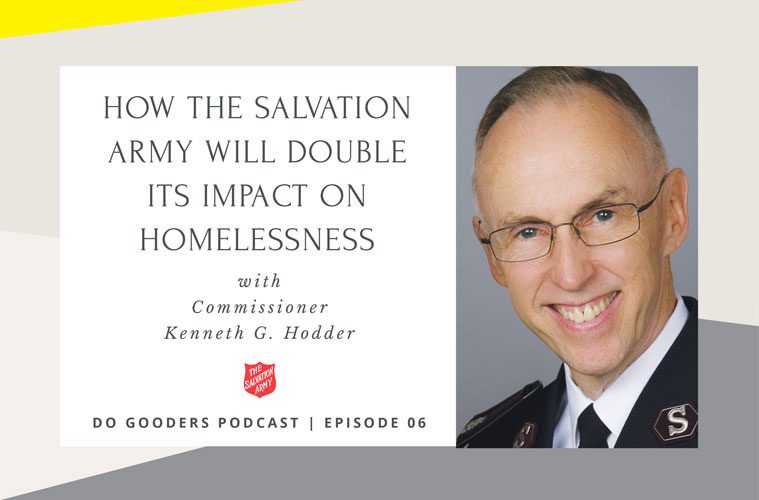 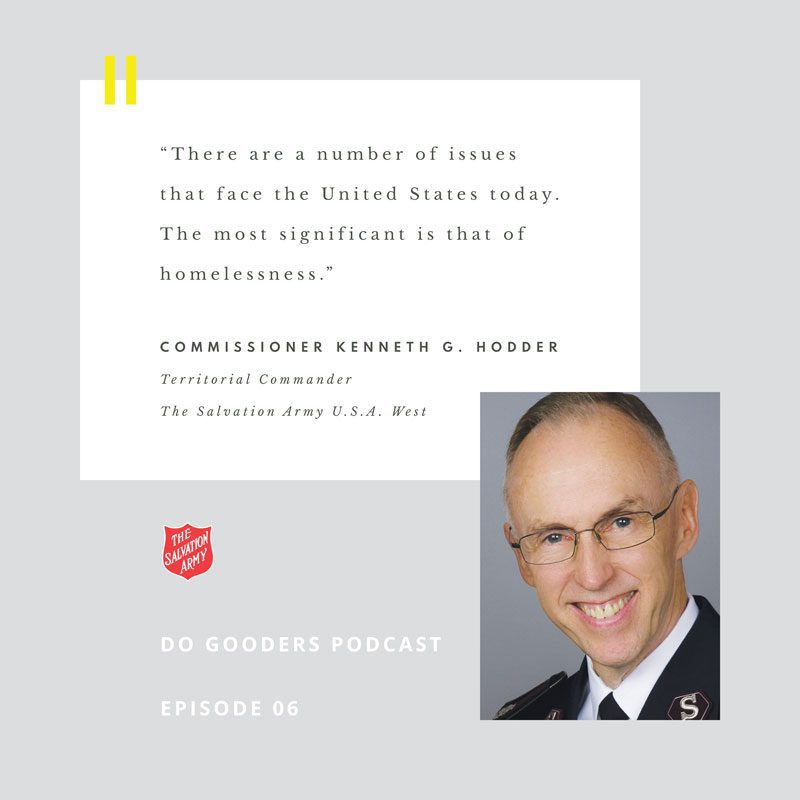 Good words from Commissioner Kenneth G. Hodder in this show:

“The [Salvation] Army’s doing a lot in this part of the world, and it’s our privilege to help lead and inspire and supervise all of that work.”

“The Salvation Army will do anything that needs to be done in the name of Christ.”

“There are a number of issues that face the United States today. The most significant is that of homelessness.”

“The Salvation Army has the most successful drug and alcohol rehabilitation programs, and they’re all free.”

Download this episode wherever you get your podcasts. Connect with Commissioner Kenneth G. Hodder via The Salvation Army’s USA Western Territory. 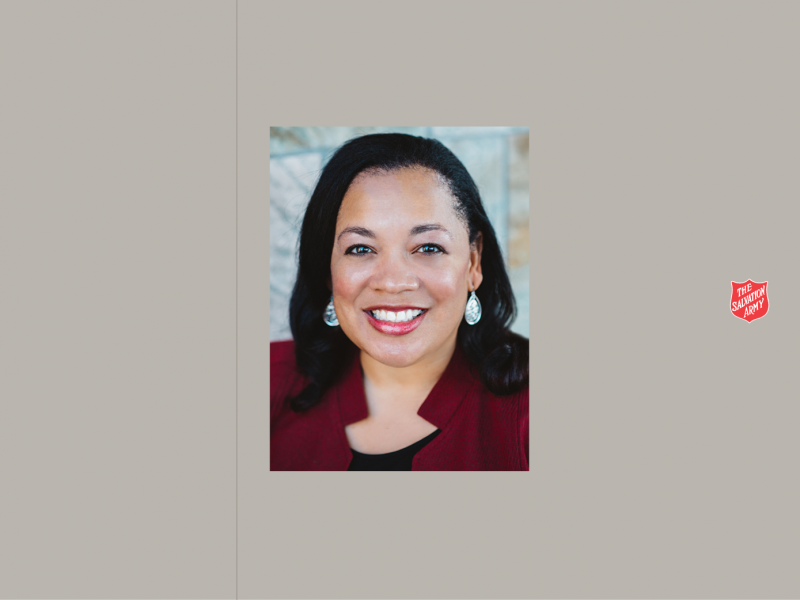 78: Seven types of rest you need and how to find them with Dr. Saundra Dalton-Smith 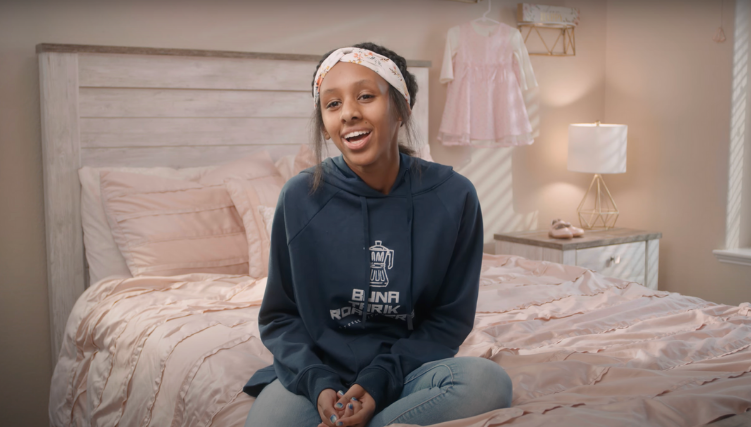 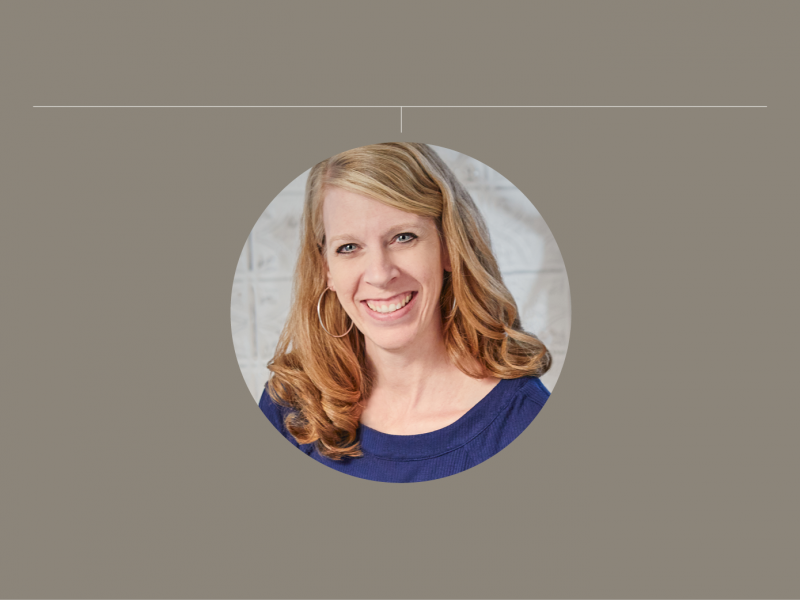 77: How to lessen anxiety with gospelbound hope with Sarah Zylstra 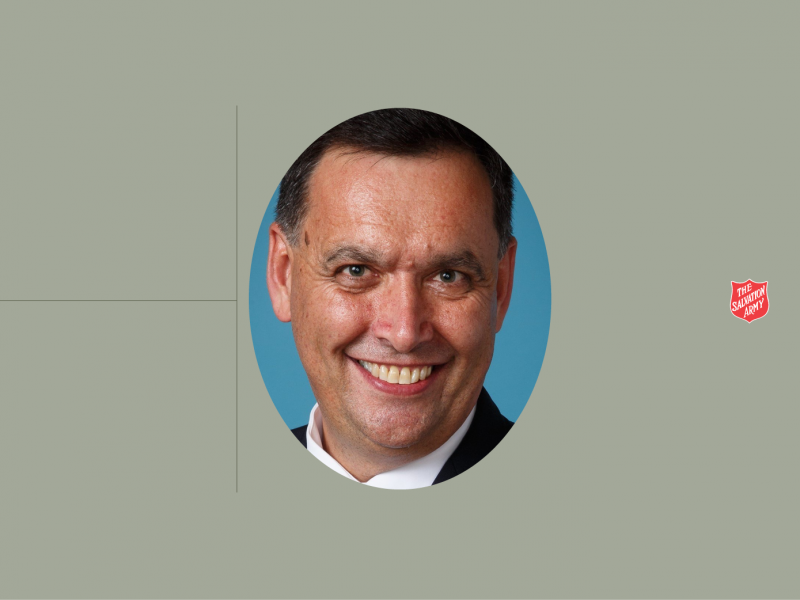 76: How to love others, practically speaking with Lt. Colonel Dean Pallant