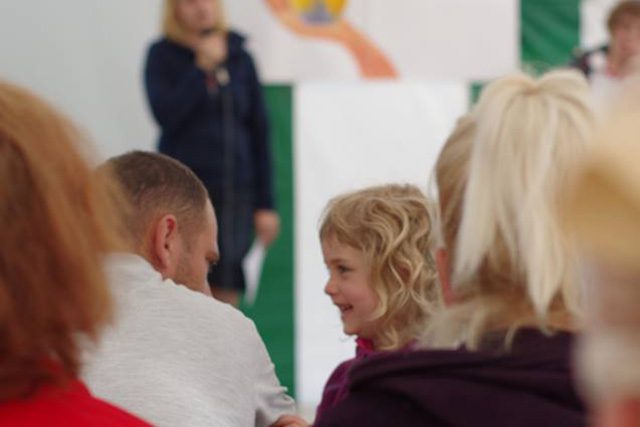 From the Turks and Caicos Islands in the Caribbean to Nakskov in Denmark, from Taganka in Russia, Meesalai and Kilinochchi in Sri Lanka to Glen Eden in New Zealand, young people were at the forefront of Salvation Army ministry during a children and youth weekend that was part of the ongoing The Whole World Mobilizing initiative.

They were united under the theme Shine! using Isaiah 60:1 as the focus: Arise, shine, for your light has come, and the glory of the Lord arises upon you. 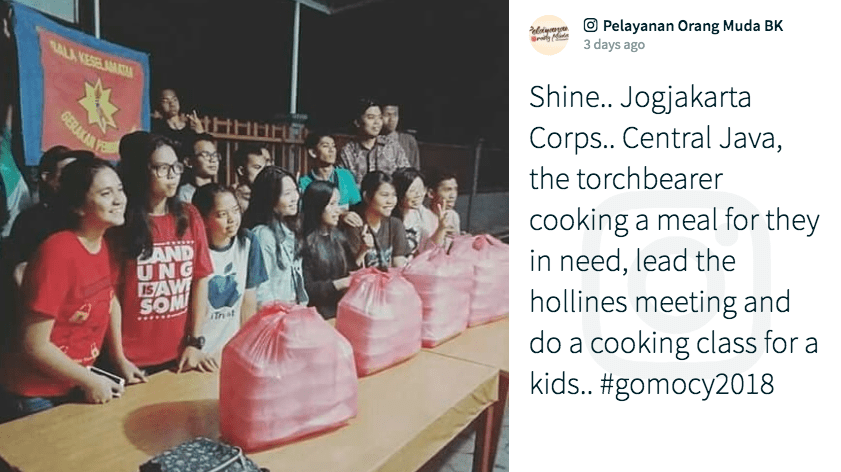 To kick off the weekend, General André Cox and Chief of the Staff Commissioner Brian Peddle shared video messages of encouragement and prayer.

“I want to ensure that, through this weekend, you will feel empowered; not just to make us old people happy and to entertain us in our corps, but that you will really feel a sense of being engaged by God in his rescue mission, meeting human needs in his name…and preaching that wonderful gospel message!” the General said. “I want to encourage you to take your place, to lead The Salvation Army, so that we’re not stuck within our walls, but that we’re out there…bringing the good news of Jesus Christ!” 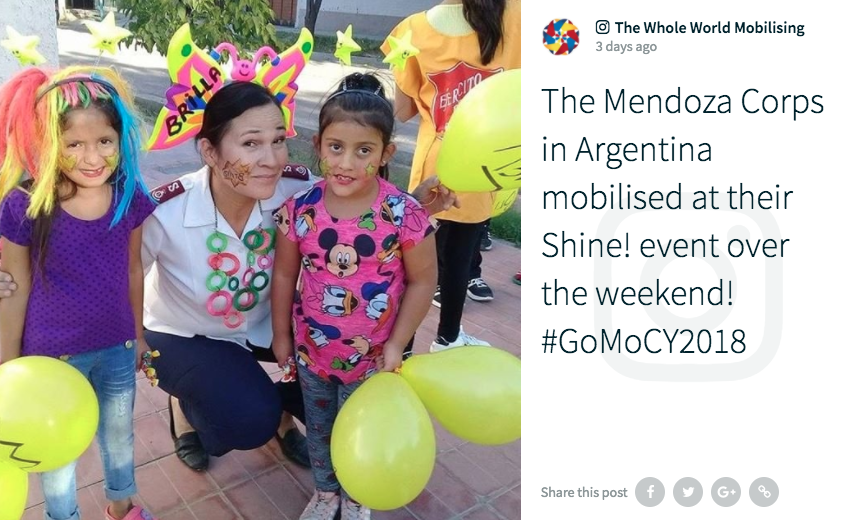 In the France and Belgium Territory, where the General and Commissioner Silvia Cox (World President of Women’s Ministries) were visiting, the young people were instrumental in leading the weekend and prepared a musical comedy, “El Azar,” based on the life of Lazarus. The musical was broadcast on YouTube, as were many of the meetings that were part of the territorial congress.

Across the rest of the world, young people used social media to encourage and inspire one another, sharing photos and videos of their activities. Some corps used Facebook Live to broadcast their meetings. Support from International Headquarters came in the form of five prayer videos from a representative of each of the Army’s five geographical zones. Forty territories also submitted written prayers that were widely circulated online. 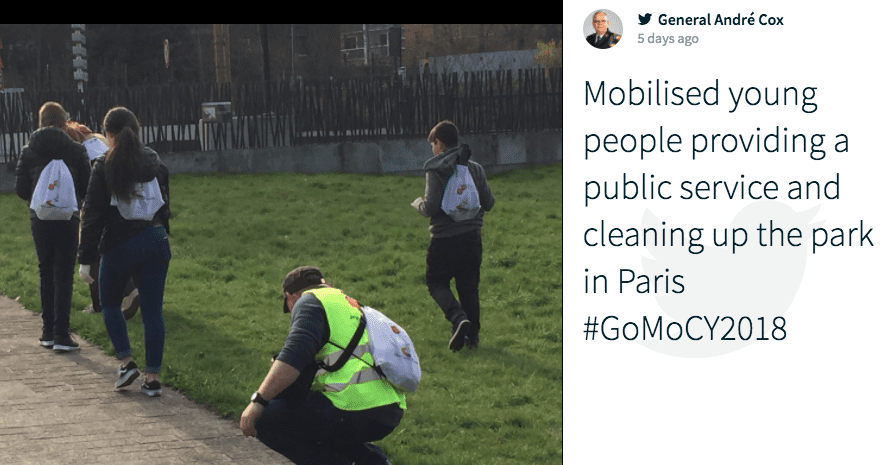 In response to the weekend, International Youth and Children’s Officers Majors Keith and Shone Pike shared a prayer: “We pray God’s light will shine in every corner of our world as children and youth respond to God’s call to arise and Shine! – because the glory of the Lord has risen on them. We long to see the youth of our Army transformed by the power of the gospel and in turn become a transforming influence in the communities in which they live.”