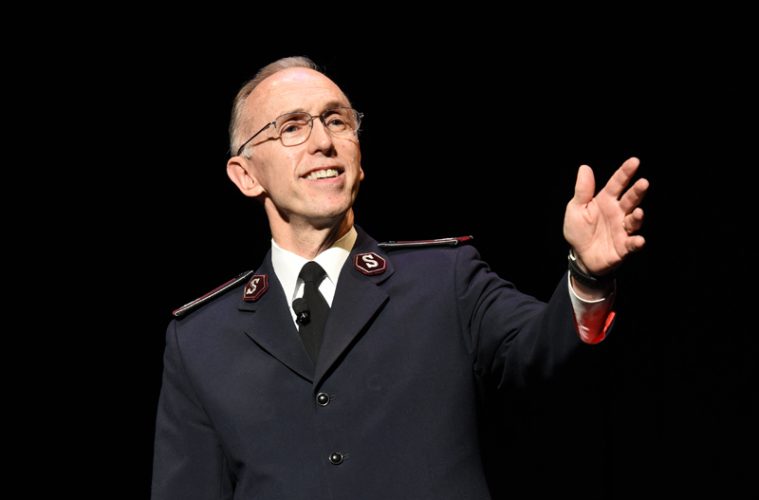 Why we must do more to end homelessness

Friends, we must do more.

On any given night in America, 553,000 people are homeless. They are men, women and children. They are single and married. They are from every ethnic group, they come from a wide variety of economic and social backgrounds, and every one of their stories is unique. In short, they are just like us.

And while the reasons for their plight run the gamut, even the briefest visit to some of the cities in our territory will convince you that the problem is getting worse. In fact, it’s an epidemic. The United States Department of Housing and Urban Development has reported that, between 2016 and 2017 alone, the number of “unsheltered” homeless (that is, those not in a shelter of any kind) grew by 9 percent. Nine percent! So around many of our most magnificent buildings, the soaring monuments to American industry and commerce of which we are so proud, you’ll find a collection of small tents. Hidden away in isolated urban pockets, you’ll encounter desperate little communities built with cardboard and blue tarps. And scattered across the landscape, in big cities and small towns alike, you’ll find people living in their cars.

I could go on. I could wax eloquent about the tragic findings of the 2017 Annual Homeless Assessment Report, which found that the fastest-growing segment of the homeless population is families. And don’t get me started about the kids. According to a recent study by Covenant House, more than 2 million kids are homeless at some point every year. That’s 2 million lives that will be forever changed and, perhaps, forever scarred because they had no place to call home.

But I will be brief. We must do something about it, and we must do it now. Ever since William Booth penned “In Darkest England and the Way Out,” The Salvation Army has been a leader in fighting both the causes and effects of homelessness. We know this work. There is simply no other organization today that has the heritage, the experience, the geographic reach, the organizational infrastructure, and the personnel to address this crisis like The Salvation Army. None.

That’s why, beginning this year, I’m asking the soldiers and friends of the Western Territory to commit themselves to a big goal. I am asking that we commit ourselves to doubling our impact on homelessness. By virtue of both our calling and our mission, we bear a special responsibility to do more for those who are struggling on the streets. Indeed, I believe that we have a duty to assume a leadership role. We must show a new generation that there is a Way Out. Whether it’s developing programs that prevent homelessness, operating emergency shelters, opening transitional housing facilities or building permanent supportive housing, we must act.

And don’t ever think that this is just about big projects. It’s not. Combatting homelessness is even more about the PB&J sandwiches that are handed out each week by our young people in Hawaii. It’s about being informed about issue such as human trafficking in our own neighborhoods, and it’s about inviting someone who’s been sleeping outside your corps to come inside for a few minutes and talk. It is simply about living out the demanding simplicity of the gospel, the powerful message of Christ.

Join me, friends. With God’s help, we can do this.

🎧 Do Gooders Podcast, Ep. 57: Will you replicat