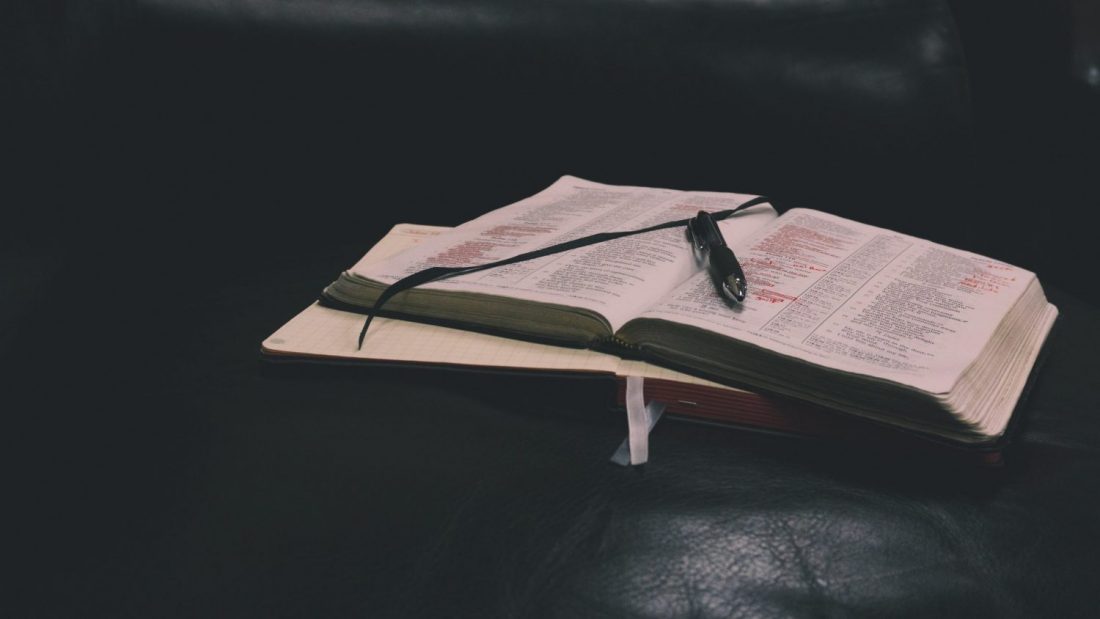 What if Jesus was serious?

Let’s face it. A lot of Christian resources can feel cheesy, out-of-touch, and a little boring. But when Skye Jethani started doodling and writing up some of his thoughts about God, his Twitter and email list blew up. What If Jesus Was Serious? is a compilation of his all-new reflections (and hand-drawn doodles). He takes a look at some of Jesus’ most demanding teachings in the Sermon on the Mount and pushes us to ask whether we’re really hearing what Christ is saying. The visual component of the book makes it memorable and enjoyable to read, and Skye’s incisive reflections make it worthwhile for any Christian. If you’ve traditionally been dissatisfied with Christian devotional resources but love to learn about Jesus and think deeply, this book was written for you. The following is an excerpt. 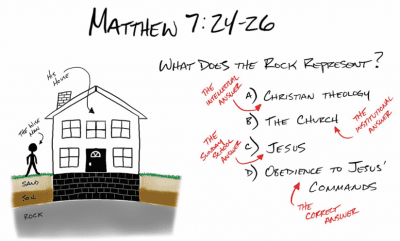 We live in an age of activism. We celebrate people who “change the world,” and we believe our value is linked to the magnitude of our influence. This same spirit is evident in Christian communities, although it is often framed in the language of “mission.”

The mission may be defined differently across various church traditions. Some focus on the proclamation of the gospel and evangelism. Others emphasize the social reform of unjust systems. More charismatic traditions magnify the importance of spiritual battle against evil forces. No matter how the mission is defined, we tend to determine the authenticity of a person’s faith, as well as their value, by how devoted they are to the works of God.

That is why we ought to soberly consider the warning of Jesus in Matthew 7:21-23. There he rejects people who committed their lives to preaching God’s truth, spiritual warfare, and mighty works of transformation. They had falsely concluded that being used by God was evidence that they belonged to God. They had forgotten that God can, and often does, use ungodly characters to advance his work. The assumption that activism for God is equivalent to acceptance by God is known as “missionalism.” Gordon MacDonald defines it as “the belief that the worth of one’s life is determined by the achievement of a grand objective.” This is a very real danger in many Christian communities. As the Sermon on the Mount reveals, it is entirely possible to spend one’s life devoted to God’s mission as a substitute for being devoted to God himself. 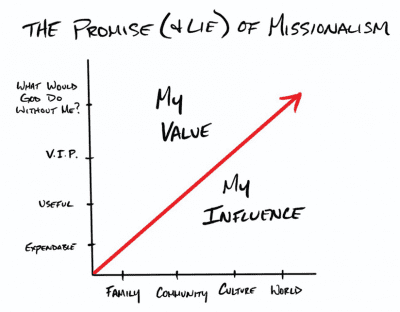 Jesus ends his sermon with one of the best-known parables in the Bible. He contrasts a wise man who built his house on rock with a foolish man who built his house on sand. It is a simple image easily understood—even by children. In essence, what Jesus is saying is, “Don’t be stupid.” Perhaps the simplicity of the story explains why it’s so frequently found in Sunday school songs and Bible curricula for kids.

The simplicity of the story, and its don’t-be-stupid message, make its common misinterpretation ironic. In my experience, those who are most familiar with the story are also the most likely to misread Jesus’ intent. As a child, I was told that the man who built his house on the rock was a metaphor for Christians, and that the foolish man represented non-Christians. A plain reading of the story, however, reveals something much different.

The parable is about two houses that appear to be the same, the only difference exists below the surface. Jesus is not comparing Christians and non-Christians; he is contrasting two kinds of Christians—the genuine and the false. The wise person and the foolish one, according to Jesus, look the same. As John Stott said, “Both read the Bible, go to church, listen to sermons and buy Christian literature. The reason you often cannot tell the difference between them is that the deep foundations of their lives are hidden from view.”

The parable reminds us that the most important thing about us—what defines our life and destiny—is hidden from the view of others. It cannot be seen or praised by those around us. Therefore, if we live for the affirmation of others, we are unlikely to give much attention to our foundations, and we will be in great peril. Jesus says it is the secret, hidden reality upon which we construct our identity that matters most. The world celebrates the grandeur of the house, but the Lord alone knows the quality of its foundation. 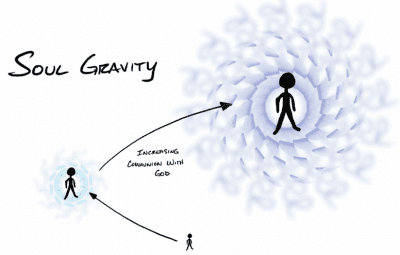 Gravity’s role in our lives is so constant that we rarely think about it, but its force is one of the most powerful in the cosmos. Albert Einstein determined that the gravitational force of some celestial objects can even bend space and time.

I think there is a parallel between gravity’s power and souls. Most of the people we encounter each day are rather ordinary. We don’t think much about them. Some we like, others we don’t. Occasionally, we encounter a soul with more mass, a person with a gravity that seems to bend the world around them. We are drawn to them for inexplicable reasons, and when they speak, our hearts burn within us. It isn’t their appearance that draws us to them, nor do they necessarily possess greater knowledge or physical prowess. Instead, there is an authority to the person that defies common explanation.

I suspect this is what the crowds felt as Jesus preached. They were astonished by his words, confounded by his authority, and recognized that he was unlike other ordinary teachers. What Jesus’ listeners felt, and what we feel around those with soul gravity, is the presence of the divine.

There are many earthly things that attract us to people, but what we long for and what we need most is God himself. Mark Labberton described a season of visiting many different churches, searching for this kind of soul gravity: “Week by week, I was hungry for something. Hot, hip, techno worship was not what I wanted. Nor was it a particular kind of music, tradition, liturgy, or church size. I longed for some assurance and evidence of the gravity of God for ordinary life, for encouragement that the gospel was the defining and drawing Center from which all other dimensions of life could be lived.”

Are you aware of what is really drawing your soul? What are you attracted to? And are you eager to be drawn into the presence of God?

Excerpted from What If Jesus Was Serious?: A Visual Guide to the Teachings of Jesus We Love to Ignore by Skye Jethani (Moody Publishers, June 2020).