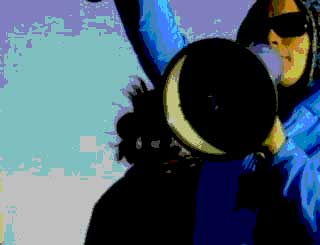 Videos Wanted for Second International Day of the Girl

The second International Day of the Girl will take place on 11 October 2013, with a day of action planned around the world. Girls from across the globe will be given opportunity to express what they see as key issues or obstacles to girls, such as human rights in their community. Around the world, the question will be asked: ‘what are the girls in your community doing to advance girls’ rights?’

The Salvation Army’s International Social Justice Commission (ISJC) in New York, USA, is encouraging Salvationists to take part in the day of action by creating a video that can be shown with others at the United Nations (UN).

‘If you have girls in your corps (church), community centre or place where you operate,’ writes Major Victoria Edmonds (Senior Representative to the UN and Intern Trainer, ISJC) ‘they are invited to be a part of this International Day of the Girl. They can express themselves in any form such as a timbrel drill, sacred dance, interview, musical selection, doing a skit or just being creative in any way, shape or form. We would like The Salvation Army to be well represented in celebrating the International Day of the Girl at the UN.’

Videos should be uploaded on YouTube, then a URL link (and name of the video) forwarded to Victoria.Edmonds@Salvationarmy.org to be incorporated into other videos that will be shown at the UN. Videos should be less than three minutes in length, and must be uploaded before 3 October. Where anyone featured is under 18, permission must be obtained from a parent or guardian.