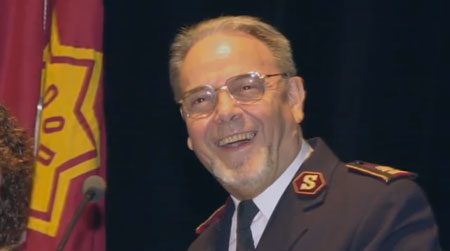 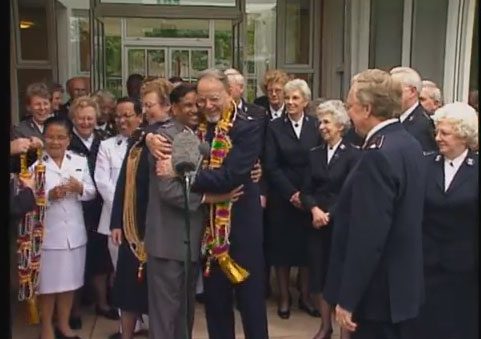 The Salvation Army’s Video Production Unit, from the United Kingdom Territory with the Republic of Ireland, has created a tribute to General John Gowans, who was promoted to Glory in December 2012. Looking back at the life of the man who led The Salvation Army from 1999-2002, the video includes extracts from his funeral service and clips from the archives such as the General’s famous address at the 2000 Millennial Congress in Atlanta, USA, when he spoke of ‘saving souls, growing saints and serving suffering humanity’.

The feature includes interviews with Commissioner Gisèle Gowans, Retired General John Larsson, Commissioner Norman Howe and Commissioner William Cochrane (International Headquarters). Together they give a sense of the man behind the public persona – poet, preacher, leader and friend.

The tribute – part of the quarterly Link video magazine, which can be ordered from www.salvationarmy.org.uk/uki/video – can be seen on the video production unit’s YouTube channel: click here.