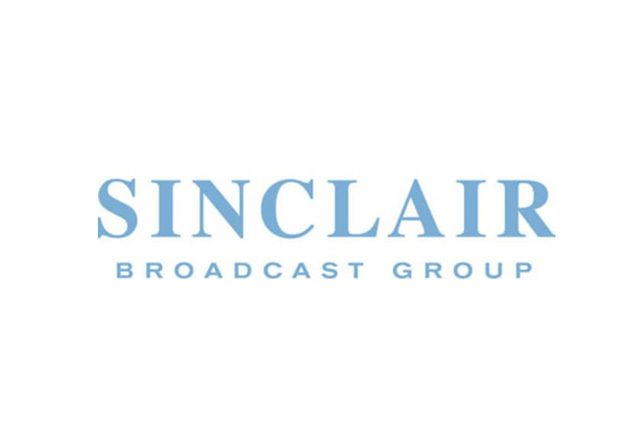 Sinclair’s KRCR-TV launches partnership with The Salvation Army to support victims of the Carr Fire.

Sinclair Broadcast Group, Inc. today announced that its television station, KRCR-TV in Redding, California, partnered with The Salvation Army to aid short- and long-term disaster relief efforts for the victims of the Carr Fire, with a mission to raise money to provide evacuees with basic necessities including child care items and toiletries.

KRCR and its sister stations are focusing on-air efforts Aug. 2 from 5–9 a.m. and 5–8 p.m., as well as continued digital and social efforts, to spread the word on how viewers can get involved. Moreover, Sinclair will promote the effort across all of its stations. Donations are currently being accepted on CareForCarr.org, and all funds will be used locally for the fire victims.

“We are so pleased to be partnering with Sinclair Broadcast Group and its affiliate stations to bring much-needed help to victims of the devastating fires currently raging outside of Redding,” said Captain Tim Danielson, Redding Corps Officer. “With Sinclair’s support, we’re confident that we will raise the necessary funds to provide real help to people in need.”

Throughout the disaster, KRCR has offered 110 hours of continuous coverage of the fire, dispatching numerous reporters on the ground, ensuring that its viewers have the most up-to-date information. During the evening broadcast on July 26, the station was forced to go off-the-air as personnel had to evacuate the studio because of the encroaching flames.

Despite the evacuation, KRCR continued its live coverage of the fire. Using its team of field journalists, the station was able to provide important news updates utilizing Facebook, Twitter and its website. Meanwhile, KRCR’s sister station in Eureka, KAEF, anchored television coverage. They also continue to use an interactive map that allows residents to track the fire and locate their nearest evacuation centers.

Once they ensured the station was safely and completely evacuated, KRCR and its team of journalists continued to provide the affected communities with up-to-the-minute information on the fire.

“During crises like the CARR fire, people turn to their local news to get the information they need,” said Teansie Garfield, General Manager of KRCR. “Since becoming part of the Sinclair family, we have seen significant investments made into our station, including upgraded towers and networks and an increase in staff size—additions which give us the ability to do things like offer continuous coverage of this fire and provide our neighbors with the information they need to stay safe.”