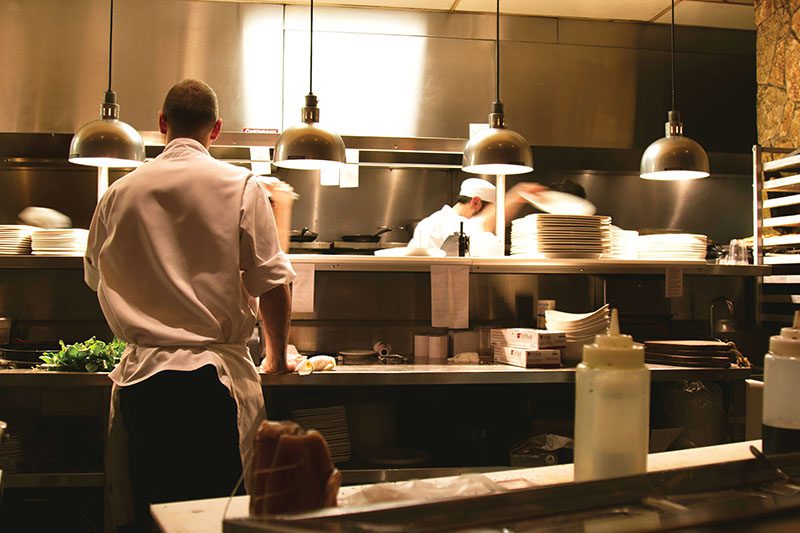 The way we eat

Over and over, the American palate has undergone major transformations. That’s because what we put in our mouths is directly related to how new immigrants help America reinvent its cultural identity. 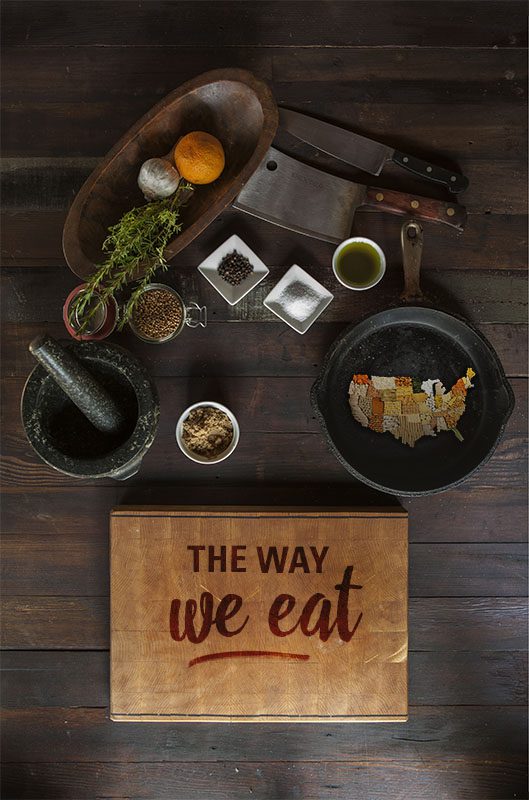 America loves to call itself a “nation of immigrants” and nowhere is that more evident than in our nation’s kitchens, where diverse flavors and cooking styles from around the world meet up to continually reinvent a cuisine that’s long since moved beyond just burgers and fries.

It’s pretty much always been that way. Census data dating back to 1850 show that the foreign-born have long dominated food-related occupations such as baker, butcher, brewer, saloon keeper, and restaurateur. Although the source of migration has changed from Northern Europe to Mediterranean to Asia, Latin America and the Caribbean, migrants continue to dominate professional kitchens.

On the eve of the Civil War, for instance, 70 percent of bakers in New York City were immigrants, often German and Irish. At that time 50 percent of butchers nationally, and 70 percent in New York, were foreign-born. And those ratios stay in place, with some variation, through the decades. Contrast that with lawyers and school-teachers, who among all occupations had the least number of foreign-born, only 5 to 10 percent, understandably as language-dependent professions.

By 2010, 75 percent of chefs and head cooks in New York City were foreign born, while 35 percent were so nationally. From the Irish and Germans to Italians, Jews, Chinese, Mexicans, El Salvadorans or Bangladeshis today, foreign-born Americans have constantly reshaped what and how we all eat.

By and large, this happened in three major waves, which, broadly speaking, chart the most significant changes in American taste.

With the initial wave of 20 million or so Germanic, Northern European settlers and migrants, from England, Scotland, Germany and Ireland, was developed the basic frame of the American meat-and-potatoes-cuisine of sausage, hamburger, potatoes, cabbage, apples, peaches, butter, cheese, beer and whiskey, pork and chicken, with flavoring herbs such as dill, caraway, celery, chives, sorrel, horseradish, watercress. This is the base of the American palate built on Native American produce such as corn, beans and squash. With some qualifications, America’s first regional food, southern cuisine, can also be accommodated in this broad picture. What is crucially different about the South is that the 400,000 or so West African slaves brought their own palates, techniques and ingredients to fit into the Northern European frame, adding Carolina rice, okra, and smoked ham (in lieu of the fermented oysters, snails and fish one finds in West Africa) to the rich regional repertoire. That would expand on the eve of the Civil War with the 4 million or so enslaved African-Americans who represented the lion’s share of American cooks at the time, and whose descendants would eventually disperse across the country, especially into Northern cities during the Great Migration in the early to mid-20th century.

The next great transformation of the American palate happened with the shift in the center of gravity of out-migrating peoples from the Mediterranean and Eastern European cities. Between 1880 and 1924, that brought Italians, Greeks, Armenians and Jews. It is the food of these groups that many Americans first considered different, and retrospectively thought as ethnic, although the word “ethnic” in this sense didn’t surface until the 1950s. This is the taste of olive oil, garlic, rosemary, schmaltz, bagels, pizza, olives, pasta, sardines, artichokes, broccoli, anise, coriander, fennel, cumin, thyme and wine.

DO GOOD
–
Read Dr. Krishnendu Ray’s latest book, “The Ethnic Restaurateur” (Bloomsbury Academic, 2016), which moves away from a discussion of ethnic food focusing on the attitudes of consumers, to a work that explores the culinary world from the perspective of creators and producers.

– Find more from the Association for the Study of Food and Society in its quarterly journal, “Food, Culture & Society,” at food-culture.org.

– Sign up for an urban food tour near you through urbanadventures.com, or plot your own and take your friends along.

Looking back, what is fascinating is that these foods and the peoples were not embraced as particularly flavorful by rest of Americans until the 1970s. American nutritionists, home economists, social reformers, and school teachers were recorded complaining, especially during the Progressive Era of the late 19th and early 20th century, about how dreadful the hygiene of these peoples were, how terrible all this food and flavoring was, and how it provoked the craving for alcohol. They tried to cure Italians and Jews of their habits, and as late as 1955, James Beard, the father of modern American cookery, traveled through Italy complaining that he could not find any good food. Thankfully the reformers failed.

Since 1965, we are undergoing the third great transformation in American taste, when about another 30 million or so immigrants have entered from the vast expanse of Asia, Latin America and the Caribbean, adding avocados, cilantro, mangoes, jicama, curries, moles, noodles, tacos, soy, sushi, fish sauce, Siracha and, ironically, chilies—which are originally a New World cultivar.

Through these innovations, American food culture has become a dynamic domain, analogous to what happened to popular music in the 1960s. The mediums of TV and then social media have played a crucial role in that transformation. Almost no other national food culture is as good as American culture at absorbing alien influences and reshaping itself. I would postulate that American cuisine changes about every 40 years, and that is a good thing, because it makes the American palate more interesting, and it is a sign of economic and cultural integration of its migrant populations—as has been less likely to occur in Europe, for instance.

Nevertheless, the world hasn’t become flat and not everything and everyone is equally valued. We have data on price per meal since the 1980s that shows a clear hierarchy of taste that is complicated in terms of race and ethnicity. Japanese climbs high, along with French, Italian and New American, while Soul, Mexican and Chinese, stays at the bottom of the pile in terms of price they can demand, while other Asian cuisines such as Indian, Thai and Vietnamese hover between the two poles. In contrast Spanish, Greek and Korean are climbing in terms of prestige.

This is where we see the structural difference between haute cuisine and ethnic food. Low respect for one is linked to high hopes for the other. Professionalization of one domain of cooking is what makes the field of American cuisine unequal. Most famous American chefs are either white or Asian and overwhelmingly male, although most of everyday cooking is done by women and people of color. So color and gender are not peripheral to the production of the profession of chefs. I cannot think of a field of knowledge that was professionalized in American history without making it more male and white in the first phase of professionalization (medicine, law, dentistry, journalism, and college teaching, come to mind). Cooking is following that pattern with some difference.

Dr. Krishnendu Ray is an associate professor and chair of the Department of Nutrition and Food Studies at NYU, as well as current president of the Association for the Study of Food and Society. The author of “The Ethnic Restaurateur” (Bloomsbury Academic, 2016)  and “The Migrant’s Table: Meals and Memories in Bengali-American Households” (Temple University Press, 2004), Ray co-edited “Curried Cultures: Globalization, Food and South Asia” (University of California Press, 2012).