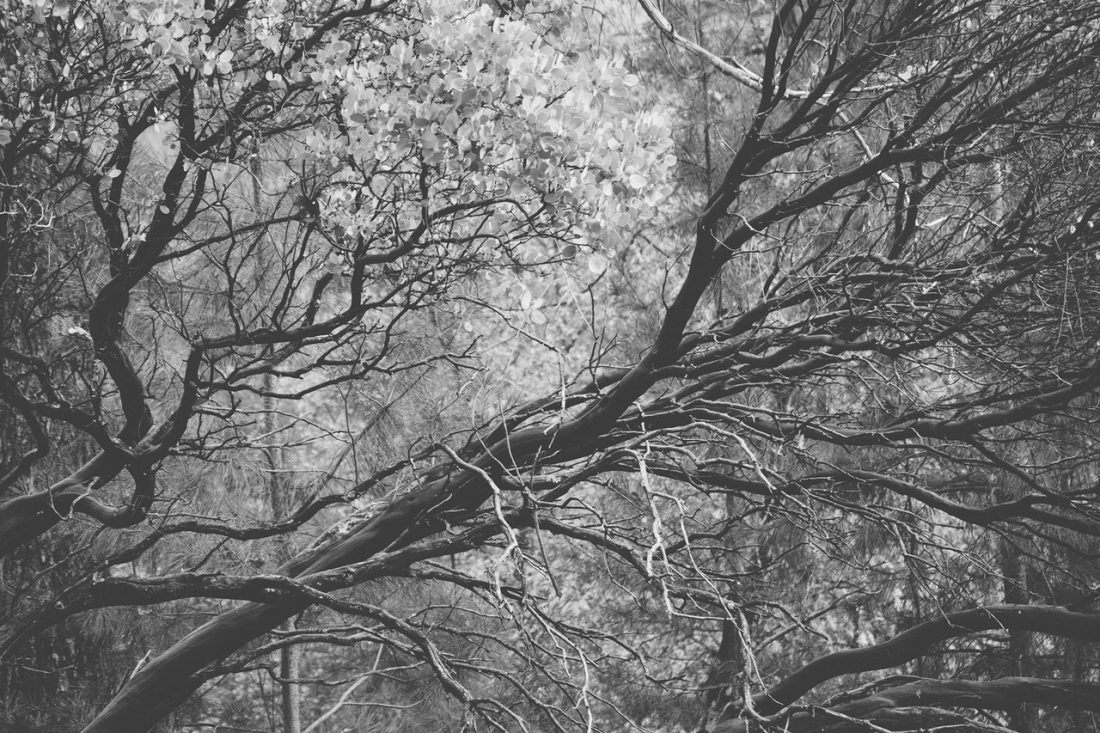 The Spiritual Roots of Addiction Treatment

Steadying himself at the chapel podium, Jimmy nervously began his testimony.

“I was caught in the grip of alcohol,” he said. “It was a compulsion—there was nothing I could do. I was so empty inside. In incredible misery, I really thought I was dying.

“I grew up in the church, and I had been attending Alcoholics Anonymous [AA] meetings for years, but they never clicked for me—I had never put the two together. Here at The Salvation Army Adult Rehabilitation Center I have learned that the 12 steps of AA are God’s commands fleshed out. Working the steps, I began putting spiritual principles into action.

“Then God took my belief from my head to my heart so that I could finally live it out in my daily life. Jesus became my master, and I took his words as if he meant them. Serving him, the void within my heart has left me—today I have a purpose for living!”

The inner emptiness so many people feel is evidence “of a deep spiritual need,” according to Avery Chamlis, director of rehabilitation services for the Western Territory’s Adult Rehabilitation Center (ARC) Command. Meeting this need is the goal of The Salvation Army’s work today in helping rehabilitate people from addictive lifestyles. “Once a person enters into a relationship with Jesus Christ, the gnawing sense of being incomplete disappears and the person’s thinking begins to change. Our chapel services present the recovery principles as the path to serving God, and our program components reference Jesus as the higher power, so that the message is consistent and constant.”

The notion that God offers the remedy for drunkenness is probably as old as the Judeo-Christian faith. Certainly the Bible is rife with commands against drunkenness, and God is presented as the great healer and rescuer from sin.

In 1784 Dr. Benjamin Rush noted that a religious experience could serve as an antidote to alcoholism. By the late 1800s Protestant evangelists were preaching that addiction was a sin and emphasized spiritual conversion as the cure. Many addicts claimed that God took away their addiction in religious revivals.

But there were many who wondered if that was all there was to it. Reverend J. Willett suggested in his 1877 treatise “The Drunkard’s Diseased Appetite” that although those who drank heavily could check their drink habit through religious conversion, the “true inebriates” could not. For them, he insisted, much more was needed.

In his 1890 volume “In Darkest England and the Way Out,” The Salvation Army Founder William Booth declared alcoholism “a disease, often inherited, often developed by indulgence, but as clearly a disease as ophthalmia or stone.” He also taught that the “submerged tenth” of modern civilizations, the poor, the honest, as well as those who lived by vice or crime, were the victims of drink.

Take friends to a Salvation Army Family Store and offer a challenge to find the best outfit, then wear your new attire to dinner. Find a store near you at satruck.org.

Find an Adult Rehabilitation Center near you at satruck.org and arrange for a tour of the facility.

Read “In Darkest England and the Way Out” (Diggory Press, 1890) by William Booth—the book that laid the groundwork for the modern day Salvation Army with its mix of practical ministry and personal salvation.

Booth envisioned a program that would fundamentally change the person if his character or conduct was the cause of the poverty. He dismissed the lingering distinction between the worthy and unworthy poor as impractical and cruel, and believed the distinction must be between those who would work and those who would not. There should be no program of relief that would “demoralize” the poor by offering them “mere charity,” he wrote.

Setting out to implement the founder’s vision, The Salvation Army became the most extensive urban Christian approach in the world. Booth attracted addicts by providing them with food and shelter and suggested that “the cure for addiction would involve Christian salvation and moral education in a wholesome environment,” explained William L. White in “Slaying the Dragon: The History of Addiction Treatment and Recovery in America.”

The Army’s first “cheap food and shelter establishment in the United States” opened on Dec. 23, 1891, according to Edward McKinley’s volume “Somebody’s Brother.” The New York Lighthouse could accommodate 36 men and shared the building with the New York No. 2 Corps. Shelter clients were urged to attend the nightly meetings upstairs. Here testimonies of ex-brothel keepers and drunkards shared a grateful delight in their rescue from the ocean of sin.

One experienced manager of the Army industrial home estimated in 1912 that 80 percent of the men were “victims of some extent of the drink appetite.” Special meetings were held to encourage new converts while saved drunkards shared their testimonies. Industrial officers enthusiastically participated in the annual “Boozers’ Parade” in Manhattan.

By the 1930s, the old conviction that the Army had a special, divine calling to rescue an alcoholic was combined with a new spirit of professionalism. It was recognized that coming to understand that alcoholism was caused by several factors—perhaps physical, and certainly mental and emotional—could help officers guide the drinking individual to a permanent solution.

The integration of the recovery principles of AA and The Salvation Army is almost as old as AA itself. Major R. E. Baggs started the first AA group in any Salvation Army center in the United States at the Philadelphia Men’s Social Service Center in 1939, the same year the volume “Alcoholics Anonymous” appeared.

AA rapidly became an integral part of virtually all Salvation Army rehabilitation programs. Although AA does not align itself with any religious group, church or organization, it remains today one of the most influential approaches to recovery rooted in Christianity. It is a natural fit, since both AA and organized religions share basic spiritual principles. AA understands addiction to have biological, psychological, and social influences, but primarily offers a spiritual approach to recovery: “When the spiritual malady is overcome, we straighten out mentally and physically.” Christian concepts are inherent in AA’s 12 steps, which have had a great impact on the development of various spinoff 12-step programs, including the recent Christ-centered self-help approaches of Overcomers Anonymous and Celebrate Recovery.

Throughout the 1940s and 1950s, interest in supplementing the traditional religious approach with modern professional help grew steadily among officers. “The Salvation Army Men’s Social Service Handbook of Standards, Principles and Policies,” known as the “green book,” appeared in May 1961. The first national manual for the department stated that the primary function of each center was “the rehabilitation and/or the spiritual regeneration of unattached and homeless men.” It identified the gratuity as a “therapeutic tool,” and declared a firm commitment to the fundamental evangelical “goal of all Salvation Army endeavor”—not just rehabilitation but “regeneration” through salvation in Christ. It outlined intake procedures, casework counseling, the use of fellowship clubs, and AA, which the handbook endorsed as “one of the most useful helps toward a frontal attack” on alcoholism.

The Salvation Army’s official position paper on alcoholism, approved by the Commissioners’ Conference in 1971, took a balanced position: The Salvation Army believes that every individual who is addicted to alcohol may find deliverance from its bondage through submission of the total personality to the Lordship of Jesus Christ. The Salvation Army also recognizes the value of medical, social and psychiatric treatment for alcoholics and makes extensive use of these services at its centers.

Major Dorothy Berry, director of the Eastern Territorial Correctional Service Bureau for Women, was the first patron of the AA offshoot Narcotics Anonymous (NA). She offered her New York office in 1949 as NA’s first headquarters.

Today The Salvation Army has the largest residential addiction rehabilitation program in the U.S., and several reliable studies have shown that the success rates for Salvation Army programs are comparable with those of secular programs; Jason Pittman and Scott W. Taylor evidence this in “Christianity and the Treatment of Addiction.”

The typical ARC offers a broad curriculum. “The approach is holistic,” said Dr. Jack Anderson, psychological consultant to The Salvation Army Western Territory.  “It attempts to meet the physical, spiritual and social need for restoration of the whole person.”

For over 100 years The Salvation Army has provided assistance for over 100 years to people with a variety of social and spiritual afflictions through its 119 Adult Rehabilitation Centers in the United States.
As she recounted a decades-long history of drinking, drugs, gambling, and failed relationships, Alice finally collapsed into tears.

“I’ve been to a number of rehabs over the years,” the young woman said. “Here at The Salvation Army, you tell me you love Jesus, but that I don’t have to believe like you in order to benefit from this program. I don’t get it.”

I smiled gently. “We do what we do out of our love for the Lord,” I told her. “We hope you see Jesus in our freeness in reaching out to you.”

She exploded in frustration at the various religions available, and her disbelief. “Yet today I don’t know where to turn,” she said.

The “Alcoholics Anonymous” volume from 1939 elaborates: “We looked upon this world of warring individuals, warring theological systems, and inexplicable calamity, with deep skepticism. We looked askance at many individuals who claimed to be godly. How could a supreme being have anything to do with it all? And who could comprehend a supreme being anyhow?”

The world has become even more antagonistic toward religion since, but I believe that Christian evangelists have an advantage when ministering to desperate, hurting people.

“Have you hit on any human remedy at all for your dilemma?” I asked Alice.

“No. Today I am convinced there is none,” she said.

“Then you may have to turn to the superhuman,” I said. “On a starlit night, Alice, have you ever looked up at the sky and wondered who made all this?”

Major Glen Doss serves in retirement as the chaplain of the Riverside County Adult Rehabilitation Center in Perris, Calif. His autobiography, “Reflections of a Former Atheist” (Frontier Press, 2012), is available on Amazon.