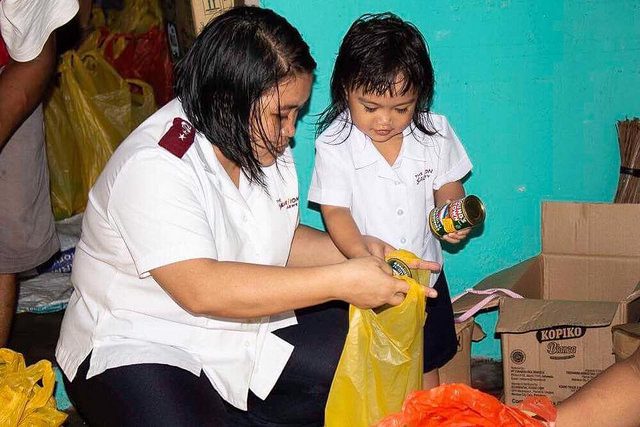 The Salvation Army provides emergency response in Philippines after typhoon

More than a quarter of a million Filipinos have been adversely affected by Typhoon Ompong (also known as Typhoon Mangkhut), one of the strongest South China Sea storms in years. Northern parts of the Philippines have been most severely hit, with flooding causing devastation in Northern Luzon, Bataan and Zambales. The Salvation Army was ready to respond before the typhoon hit, and a full emergency response began immediately as needs became apparent.

Initially, emergency food parcels including rice and canned meat and fish were distributed to 4,000 affected families in the flood-hit region. This was augmented by the provision of clean drinking water and plastic bags to help residents with the clean-up of damaged properties. 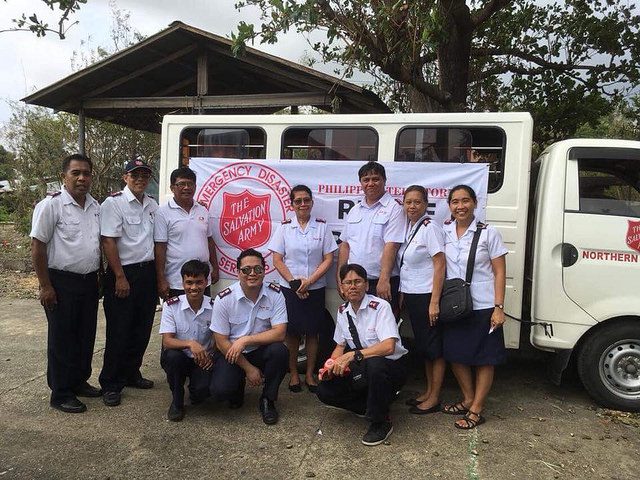 Following meetings with local government officials, plans were also developed to visit 100 families in the hard-to-reach Moncada community, which had been particularly badly affected by storm damage. Salvation Army volunteers also worked hard to pack and distribute supplies to 500 families in Ilocos Sur, an arduous five-hour journey from the supplies staging point in Urdaneta. The Salvation Army was the first organization to reach this coastal community.

The typhoon struck just before a weekend of celebration for The Salvation Army’s Baguio Corps, which had made plans to mark 70 years of ministry in the city. Despite the building sustaining modest damage, and without electricity, the thanksgiving took place as scheduled on the Sunday morning with more than 150 people in the congregation. 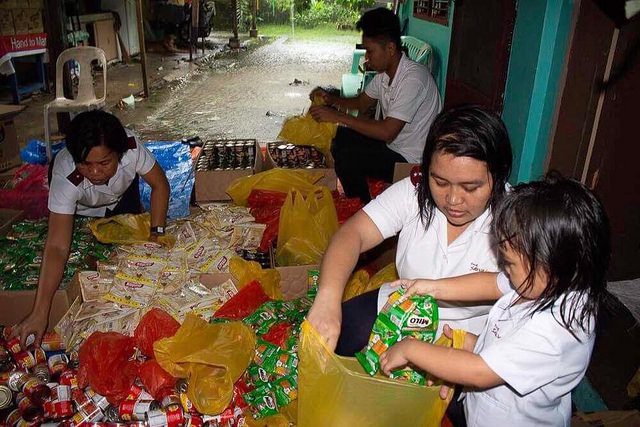 “We praise God for the simple yet Spirit-filled worship we had,” shared the corps officers on Facebook. “Nothing compared to the heartfelt singing of the congregation—just plain singing, yet sincere … nothing can stop the praises of people coming together to celebrate God’s faithfulness.”

Despite it being “chillingly cold” and dark, they said, “the stillness of the presence of God is in our midst. We turned our ears intentionally to what was being said.”

After the time of worship, corps members went out into the community to distribute 90 packs of cooked food to people who had been forced from their homes by the deluge.