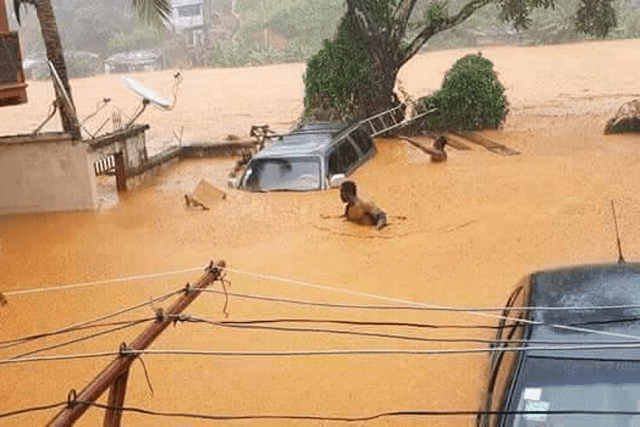 The Salvation Army in Sierra Leone is responding after torrential rains in the capital, Freetown, caused significant floods and devastating landslides. According to the latest reports, almost 400 people are known to have lost their lives—most in a landslide that buried houses in the Regent neighborhood—and at least 600 are missing. The country’s Office of National Security estimates that more than 3,000 people have lost their homes.

Captain Broton Weah reports from Freetown that the landslide happened “around 3 a.m. when people were asleep. Floods came and swept away all that was in their path. Later, the back of the hill broke and covered the community…Three soldiers of The Salvation Army Freetown City Corps lost their lives in the process. Some of the survivors lost their legs or hands…There is an urgent need for food, clothing and other things.”

Funds have been made available by International Headquarters to meet the most pressing needs while assessments continue. Working in cooperation with the government, the Sierra Leone Red Cross and other NGOs, The Salvation Army will provide food, cooking equipment and blankets to 200 families. Donations are being sought to enable a wider-scale response.

The Salvation Army began work in Sierra Leone in 2010. The ministry is part of the Liberia Command.

Donations to the Africa Disaster Fund can be made online.