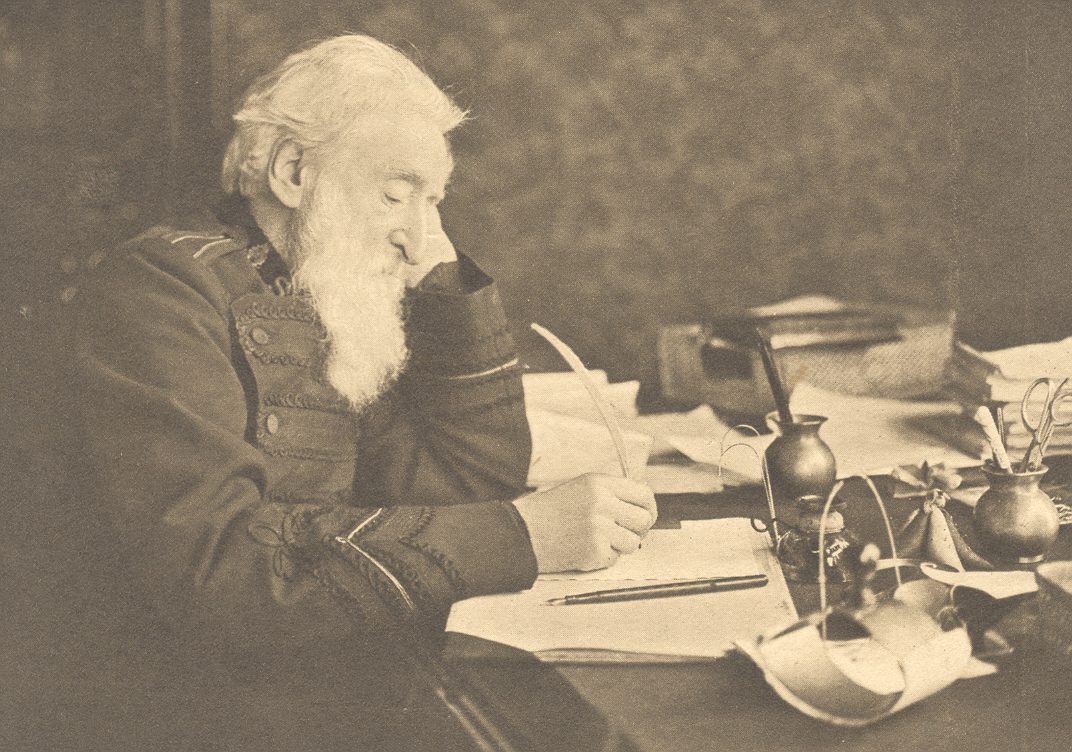 William Booth embarked upon his ministerial career in 1852, desiring to win the lost multitudes of England to Christ. He walked the streets of London to preach the gospel of Jesus Christ to the poor, the homeless, the hungry and the destitute.

Booth abandoned the conventional concept of a church and a pulpit, instead taking his message to the people. His fervor led to disagreement with church leaders in London, who preferred traditional methods. As a result, he withdrew from the church and traveled throughout England, conducting evangelistic meetings.

In 1865, William Booth was invited to hold a series of evangelistic meetings in the East End of London. He set up a tent in a Quaker graveyard, and his services became an instant success. His renown as a religious leader spread throughout London, and he attracted followers who were dedicated to fight for the souls of men and women.

To congregations who were desperately poor, he preached hope and salvation.

The following are his own notable words in the effort.

1- “The chief danger that confronts the coming century will be religion without the Holy Ghost, Christianity without Christ, forgiveness without repentance, salvation without regeneration, politics without God, heaven without hell.”

2- “The greatness of the man’s power is the measure of his surrender.”

3- “’Not called’ did you say? ‘Not heard the call,’ I think you should say. Put your ear down to the Bible, and hear him bid you go and pull sinners out of the fire of sin. Put your ear down to the burdened, agonized heart of humanity, and listen to its pitiful wail for help. Go stand by the gates of hell, and hear the damned entreat you to go to their father’s house and bid their brothers and sisters and servants and masters not to come there. Then look Christ in the face—whose mercy you have professed to obey—and tell him whether you will join heart and soul and body and circumstances in the march to publish his mercy to the world.”

5- “Why all this apparatus of temples and meeting-houses to save men from perdition in a world which is to come, while never a helping hand is stretched out to save them from the inferno of their present life?”

6- “These are the two points of the Cab Horse’s Charter. When he is down he is helped up, and while he lives he has food, shelter, and work.”

9- “God loves with a great love the man whose heart is bursting with a passion for the impossible.”

10- “Will you go to his feet and place yourself entirely at his disposal?”

11- “If I thought I could win one more soul to the Lord by walking on my head and playing the tambourine with my toes, I’d learn how!”

12- “Can we go too fast in saving souls? If anyone still wants a reply, let him ask the lost souls in Hell.”

13- “What is the use of preaching the Gospel to men whose whole attention is concentrated upon a mad, desperate struggle to keep themselves alive?”

14- “You cannot warm the hearts of people with God’s love if they have an empty stomach and cold feet.”

16- “To get a man soundly saved it is not enough to put on him a pair of new breeches, to give him regular work, or even to give him a university education. These things are all outside a man, and if the inside remains unchanged you have wasted your labor. You must in some way or other graft upon the man’s nature a new nature, which has in it the element of the Divine.”

17- “If there is anything of power in The Salvation Army today, it is because God has had all the adoration of my heart, all the power of my will, and all the influence of my life.”