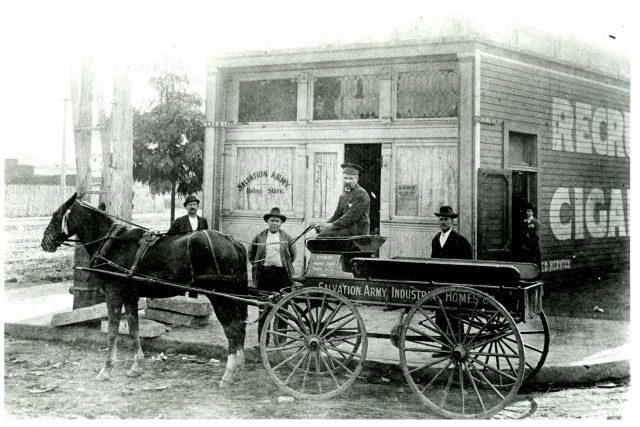 In 1920, when The Salvation Army established the Western Territory, the Men’s Industrial Homes—precursor to the Adult Rehabilitation Centers (ARCs)—were already a mainstay of the Army’s work with the poor and marginalized. These homes functioned primarily to help men down on their luck get back on their feet by providing work for those who were unemployed and affordable accommodations for others.

A newcomer could arrive with nothing and, in exchange for a few hours of work, stay in a dormitory. When the individual had either worked at the home a bit longer to earn better accommodations or found employment to pay for a better room, he could then move into a more private room that typically housed three to four men. The end goal was for the man to pay for a private room and eventually leave the Industrial Home able to afford standard residential accommodations. The men were encouraged to attend chapel services, give up strong drink entirely, and find salvation while at the home. The program catered to men with addiction but had little in the way of the focused addiction programming that would become the cornerstone of the ARC ministry.

In 1931-32 a name change from Industrial Homes to Men’s Social Services Center—the “Men’s Social”—reflected a program focusing more on the service of men and less on the industrial model, which had lost favor after World War I. In addition to the name change, the men were now referred to as “beneficiaries” instead of the older term “inmates.” 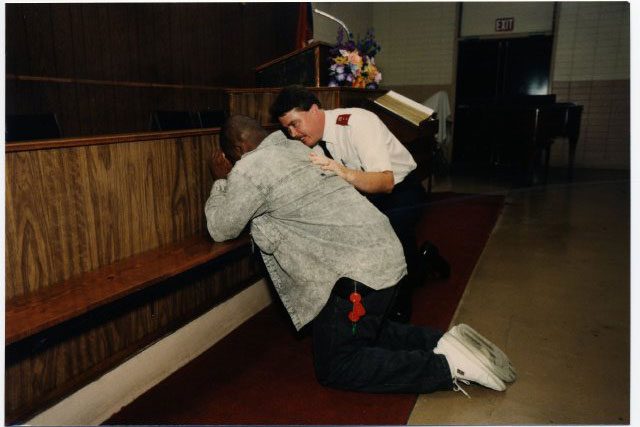 Plans developed during this time to purchase excess U.S. Army vehicles to replace the horse-drawn wagons that had become synonymous with The Salvation Army’s salvage brigades, which operated out of the centers. Clearly, the new trucks would be able to pick up more donations in less time and required less maintenance than live horses. However, The Salvation Army did not implement the plan due to the onset of the depression; the funds that would have purchased the trucks were desperately needed to serve the ballooning number of unemployed men.

The Men’s Social struggled through the war years, but managed to hold on while many of the men who typically would have been beneficiaries enlisted to fight the Axis powers. The horse-drawn carriages actually became a saving grace, allowing the Men’s Social to operate amid the WWII rationing of gasoline and rubber. This service would not have been possible with a fleet of trucks during this time.

In the late 1940s into the ’50s, the Men’s Social Department moved toward the current focus of drug and alcohol addiction recovery. The Salvation Army began sending officers to learn about 12-step recovery and its implementation within the centers. The change in focus, however, did not mean abandoning the earlier elements of work therapy. 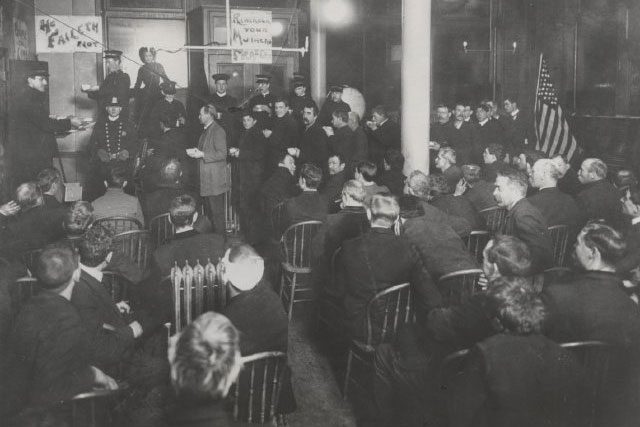 The salvage brigades finally transitioned to trucks, and beneficiaries continued to work by processing donated items to be sold in Salvation Army thrift stores. The new focus was a refinement of the program giving officers more specific tools to combat addiction’s evils—long identified as the scourge of many men.

By the mid-1970s, more women were asking to participate in the recovery program. Recognizing the need for another change, The Salvation Army in 1977 renamed the program: “Adult Rehabilitation Center” reflects women’s inclusion in the program.

Through the ARC’s long history, thousands of men and women have come to know the freedom of life without addiction and, more importantly, to experience the love of God through repentance and salvation.