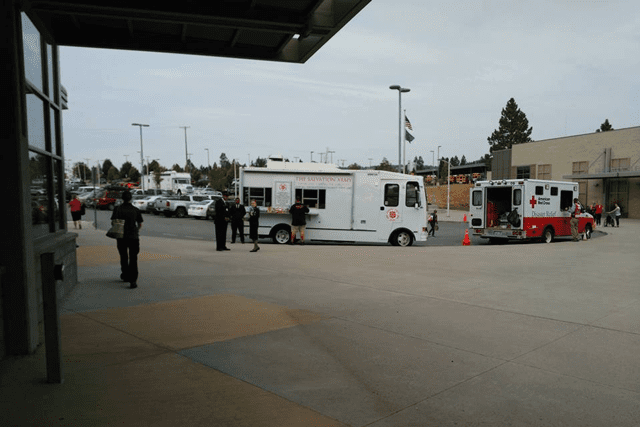 The Salvation Army of Spokane, Washington, responded after a Sept. 13 school shooting at Freeman High School left one student dead and three others wounded.

Spokane Corps Officer Major Kenneth Perine was meeting with a donor in the donor’s home when he received a text from an employee informing him of the shooting. He contacted his wife, Major Jennifer Perine, letting her know the corps would respond. 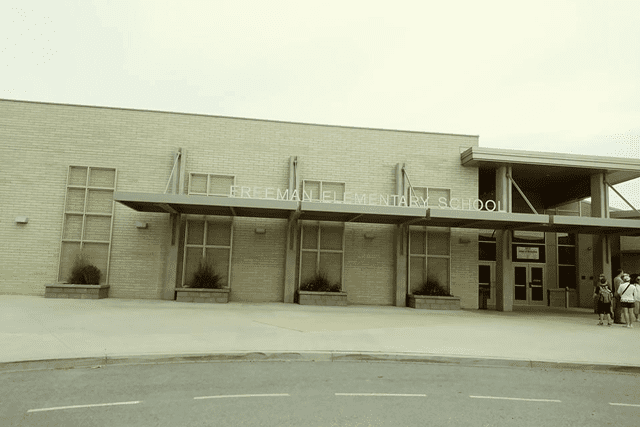 “Our team acted swiftly to get the canteen and volunteers ready to leave by the time I returned,” Ken Perine said.

The school campus comprises an elementary, junior high and high school, Perine said; therefore, hundreds of students were on campus when the shooting occurred.

The Salvation Army canteen and personnel arrived at the scene at 1:20 p.m. to find long lines of cars and parents waiting to be reunited with their children. The canteen provided water and snacks to families being reunited, teachers and administrators, and first responders.

“We were able to serve many with love, comfort and refreshment during a very emotional time,” Perine said. “We were thanked by many people for just being there.” 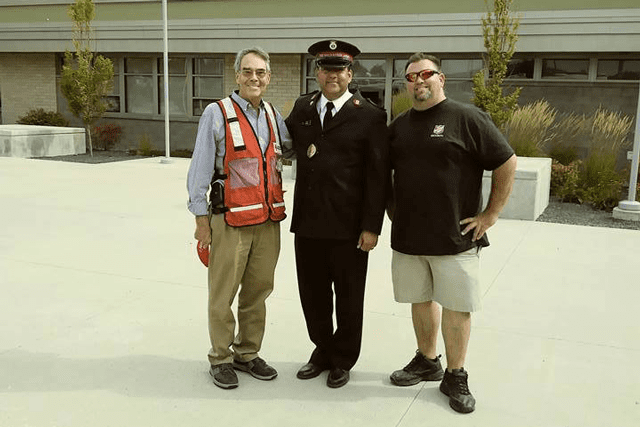 As he drove home afterward, Perine reflected on the event and the opportunity to serve.

“I thought about the phrase ‘Doing the Most Good,’” Perine said. “As I did I was reminded that Doing the Most Good is just what we do—it is who we are and it flows naturally out of commitment to the command to love God with all our heart, soul and mind and to love our neighbors as ourselves. Nothing says I love you more than to sit in the dirt of tragedy with a friend, as Job’s friends did, to just be there with them to show love and therefore define love for those God places in our path.”