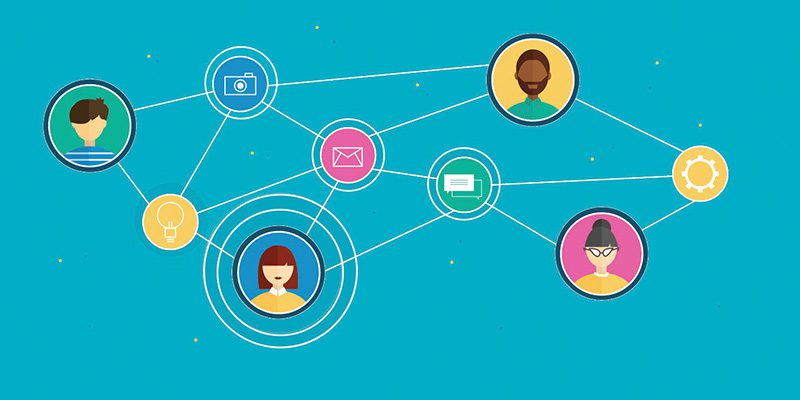 New research into the sharing economy illustrates how companies can better serve the underserved.

It’s easy to see ridesharing companies Lyft or Uber as a savvy business traveler alternative to renting a car or simply as a convenient ride to the airport, but research shows that it’s actually low-income communities—where residents often don’t own cars at all—that have the most to gain by the advent of the sharing economy. Despite that, a study released earlier this year by the Pew Research Center found that only 10 percent of households living on $30,000 or less had ever made use of these services and 50 percent had never even heard of them.

A new report by Business for Social Responsibility (BSR), an international nonprofit consulting and research firm, lays out several steps these companies can take to drive up awareness and break down barriers of access faced by low-income and underserved communities. From weeding human bias out of algorithms to expediting the process of applying for food stamps, a growing emphasis on inclusive innovation is helping the sharing economy live up to its truly transformative potential.

Michaela Lee, an associate at BSR and co-author of the report, shared more about the findings, such as the benefits of human-centric design, the crucial role of investors and the economic boons of sustainability. Below is an edited excerpt of the conversation.

Caring: The sharing economy is ostensibly designed to create social and economic benefit. But among low-income communities, there is a perception that its benefits are not being widely shared. Is that an accurate perception?

ML: It’s definitely true that folks that are higher income are more likely to be using sharing economy services even when low-income and underserved populations are the ones who could benefit the most from those products and services. And it seems so far they have not been able to take full advantage of those opportunities. There are a couple of times in the report when we mentioned a Pew Research study in which they found that Americans with incomes over $100,000 are three times more likely to use multiple sharing economy services than those earning less than $30,000. So when you think about all of the barriers that lower-income or underserved populations might face to accessing those services, I think it’s clear that there’s a lot of opportunities for companies to tap into that market.

At one point, an interviewee in BSR’s report notes that an emphasis on wealthier individuals has resulted in numerous services geared toward “wants rather than needs.” How might a conceptual shift toward focusing on needs over wants transform the sharing economy?

I think it’s a little bit less needs versus wants and more about making sure products and services are designed with different communities in mind. So the needs and wants of San Franciscans are quite different from neighborhood to neighborhood, and they are definitely different from needs and wants of residents of Oakland or residents of Los Angeles. So in our report we emphasize the importance of fostering inclusive innovation or taking a human-centric design approach. And sometimes creating products to be inclusive of different communities requires a diverse workforce or partnerships with stakeholders and organizations that reach into different communities.

What exactly is human-centric design?

It’s the idea that you start with the end user in mind, and you think about both what they want to be accessing or what products they might need and also the different challenges they might face in accessing those products. Right now I think that is becoming more common among, not just sharing economy companies, but companies in other sectors as well. Who you chose as your end user, right, totally changes how the products are designed. So if you’re looking at end users that are primarily higher income, have easy access to technology, and are well educated, that might be a very different product than one that you would create with an end user who is lower income and might have more issues of access or issues of finance. If they don’t have a credit card, maybe they aren’t English speaking, things of those nature.

Once a product or service is already created then you can iterate on that based on different needs of the end user, so an example would be Uber piloting different ways for their deaf or mute or otherwise handicapped riders to use their platform. But then there are some times where you absolutely can design a product that looks and feels different and answers a different question for a different set of users. So, for example, maybe a company looks at an end user population that doesn’t have access to a smartphone. Then you might need an actual building for people to come and exchange goods, which looks very different from having a mobile app where people can do it virtually.

“The great thing about the sharing economy is that it can help develop higher of levels of social trust. It promotes a sense of community and inclusivity.” – Michaela Lee, Business for Social Responsibility Associate

Along those lines, I was struck by a statistic in the report that only 25 percent of low- and middle-income jobs are accessible by public transit. What are some innovative approaches you’ve seen to address this?

There’s all sorts of ways to approach an issue like commute. In terms of what we’ve seen, it could be ridesharing and transit authorities working together to plan how to reach people who don’t have access to public transit. Or bike sharing could also be a good way to address first mile and last mile challenges—people who are one or two miles from public transportation and just need to get over that initial hurdle of getting to a subway station or getting to the bus stop. Or it could be that employees use co-working spaces for part of the week, instead of having a long commute into their office space. But I think the point is that this kind of innovation is happening already and more of it could be harnessed to help the population that could most benefit from them.

Partnerships and collaboration are at the very heart of the sharing economy, but the report identifies several areas—between these companies and government, their counterparts in the traditional economy, and each other—where opportunities for profound collaborations are going underutilized. If these different types of collaboration take off, would we see something transformative?

Oh absolutely. You can see that a little bit now with some of the partnerships that have popped up. Lyft and Starbucks, for example, teamed up to get Starbucks employees to and from work in the early morning when public transit is less frequent or often doesn’t run at all. And you see examples of a lot of the bigger auto manufacturers trying to partner or acquire or work with and provide funding for ridesharing or on-demand ride companies. I think that where the sharing economy companies and more traditional companies overlap is a really interesting space. To this point there has been some partnerships that we’ve seen, but there’s opportunities for a lot more.

What role do investors play in creating a more inclusive sharing economy?

Inclusive innovation shifts the emphasis to creating sustainable and affordable access to goods and services for low-income and underserved populations.
Investors are crucial. They are typically the driving motivators behind a lot of these young companies, and a lot of times they’re incentivizing short term growth and not looking at longer term social and economic value. It’s not an easy group or audience to engage, because sometimes they are not seen as stakeholders of these companies, but they really are. And they are really important stakeholders to make sure are aligned with a lot of the inclusive growth models that these companies are considering.

Morgan Stanley’s Institute for Sustainable Investing has done a lot of really great research on the topic. And they found that investing in sustainability usually meets or exceeds performance of traditional investment. And there’s more and more research and literature about both impact investing and sustainable growth investing, as well as looking at companies and making investment decisions based on certain factors, such as do they have a diverse workforce or are they prioritizing inclusive innovation. [This research is] helping to change the persistent belief that sustainable investments underperform, when that’s not necessarily the case.

That’s an issue that came up quite a bit in our research, because the idea of the sharing economy is based on trust. Ideally, you trust your neighbor enough to share your goods with them or you trust your Uber driver enough to take a ride. And some have claimed or said that it’s the social mistrust that is the main barrier for why low-income populations aren’t using the sharing economy more. Personally, I think there are other factors that are greater barriers—access, awareness, things like that. Affordability. But trust is definitely part of the conversation. And I think the great thing about the sharing economy is that it can help develop those of levels of trust as well. It promotes a sense of community. It promotes a sense of inclusivity and helping out a neighbor, helping out someone in your community. So the hope is it would promote greater trust between users.

The issue is that trust is a difficult thing to measure. But I think that trust is definitely something that you see come out of communities that share more. And that trust is generated through the connections that are built through something like a ridesharing or goods sharing platform. 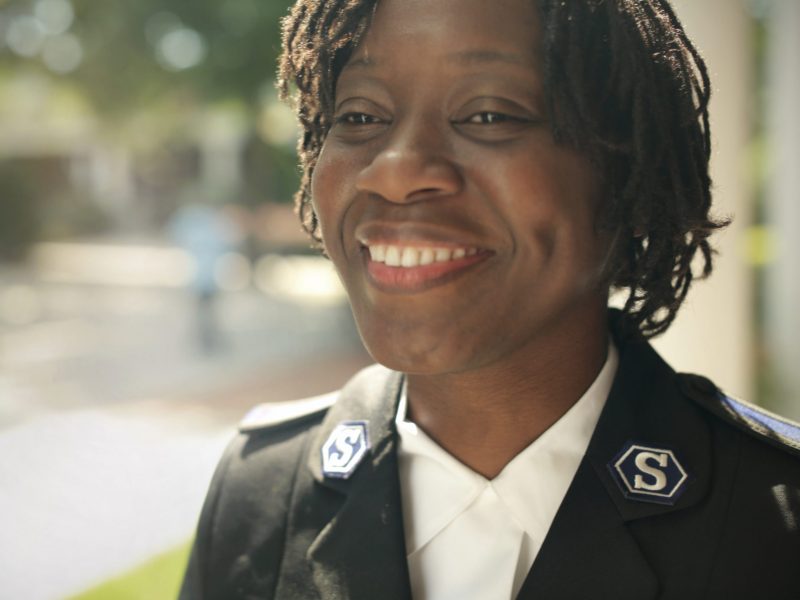 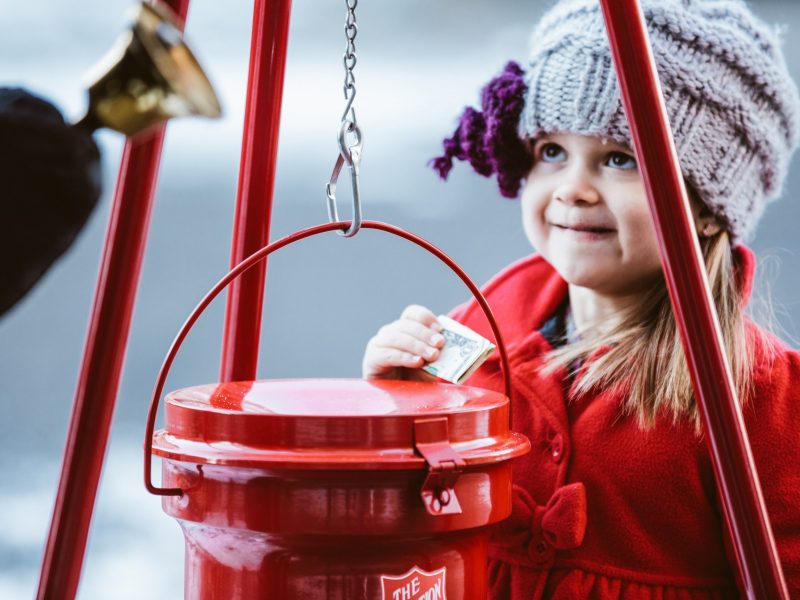 6 simple ways to teach your kids about giving 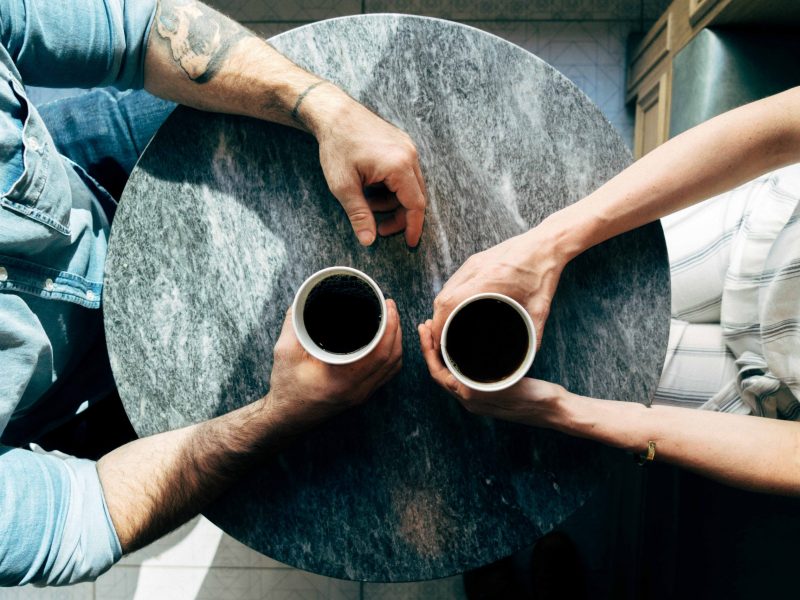 Is anger an appropriate response to power?