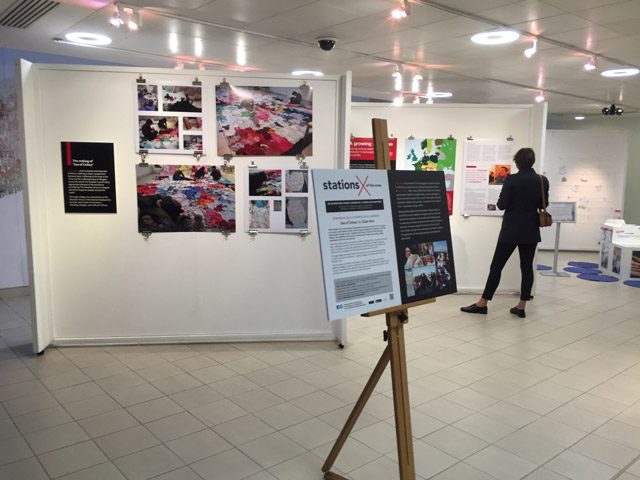 An interfaith event at The Salvation Army International Headquarters (IHQ) brought together Christians, Jews, Muslims and others to consider how the three major faiths approach refugees.

The event was spent in Scriptural Reasoning, organized by the Cambridge Inter-faith Programme—a process that encourages people of each faith to read passages from their respective sacred texts.

Selections were read from the Jewish Tanakh and the Muslim Qur’an, between which Commissioner William Cochrane, international secretary to the Chief of the Staff, introduced a portion of the New Testament and spoke about the Christian approach to the plight of the refugee and the significance of the crucifixion of Christ.

In mixed groups of roughly 10 people, the participants then discussed the content of those texts, with the goal being not agreement but understanding of one another’s traditions and deeper exploration of the texts and their possible interpretations.

As the event was linked to the Stations of the Cross art project, artist Güler Ates also revealed the inspiration behind her work and explained how she had linked the current refugee crisis in Europe with the station of the cross at which Jesus is stripped of his garments.

Her work, “Sea of Colour,” is one of 14 artworks at a variety of locations across central London that form a modern-day “pilgrimage for art lovers,” progressing through the traditional stations of the cross that mark the stages of Jesus’ journey to Calvary.