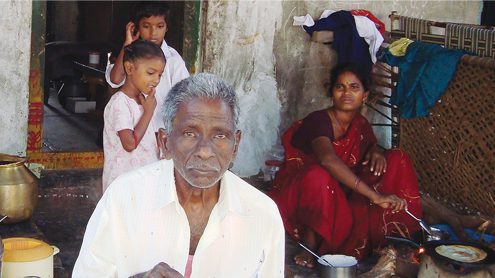 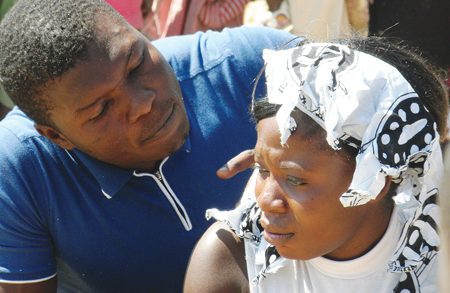 In a market in the town Kapiri Mposhi, Zambia, a youth drama group performs a skit about multiple concurrent partnerships between a husband and wife. The performance depicted a husband who had an affair, and his wife, who also had an affair in retaliation. Then, one of the pair is subsequently found to be HIV-positive. The message to the audience was the increased risk of acquiring HIV through having multiple partners, and the importance of being faithful.

The Salvation Army World Service Office (SAWSO) has for 35 years provided real support to the work of Salvationists around the world.

“It is an exciting time to be a part of SAWSO,” said Lt. Colonel Joan Canning, SAWSO executive director. “It’s a time of challenge, with an increasing number of requests for projects and a decrease in government funding available for global development.”

A key part of Salvation Army infrastructure in the U.S., SAWSO serves as a bridge from territorial funds to high-impact projects overseas. The SAWSO staff provides valuable strategic advising about project feasibility and capability at the early stages, oversees resources devoted to projects, and gives technical advising both remotely and on scene. Its advisors impart high-level expertise in the key focus sectors of empowerment and livelihoods, community health, HIV and AIDS prevention and treatment, anti-human trafficking, and disaster response and recovery.

“It’s also a time of blessing and growth as we’ve hired additional technical experts to support our work, and as we continue to build even stronger partnerships with dynamic and committed Salvation Army teams in the U.S. and abroad,” Canning said. 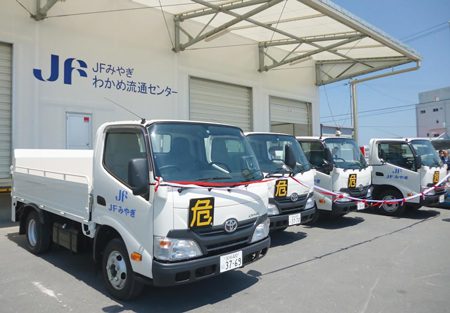 The Salvation Army provided four 2-ton trucks to the Kesennuma (Japan) Fisherman’s Union to help the local Japanese fishing industry recover following the tsunami that destroyed large parts of the city in March 2011.

The Japanese city of Kesennuma is the nation’s busiest port for processing bonito and swordfish in an area where commercial fishing and related industries account for 85 percent of jobs. Yet, large sections of the city were destroyed by the March 2011 tsunami that followed the Tohoku earthquake, taking a huge toll on the livelihoods of local fishermen.

“The port was basically destroyed and the fishermen lost almost everything they had to make a living,” said Major Kazuyuki Ishikawa of the Japan Territory. “The fishermen were overwhelmed when we arrived, and nearly cried when we offered our support.”

Non-governmental organizations consequently augmented efforts by the national and local governments to help the fishermen rebuild. The Salvation Army was the first organization to connect with the Kesennuma Fishermen’s Union, where it learned first-hand of the most pressing needs for recovery.

Supported by SAWSO, work began in three main areas identified by the fishermen to enable and secure cash income through productive use of the remaining ships and by organizing fishing spots for future harvests as fish farm management and maintenance is critical.

Shellfish take approximately two years to harvest once a fishing spot is reconstructed. During that time, expenses from these efforts mount, with no source of income to offset them. Since diving tools required to perform these activities were washed away by the storm, The Salvation Army provided 10 sets of diving tools, including one air compressor, to promote the recovery of fishing spots in an affordable and more efficient manner.

The union also needed a place to process marine products prior to shipping. To this end, The Salvation Army provided temporary tents as operational locations in 15 ports. These structures are already being used for the processing of a hearty seaweed called wakame. The Army also replaced four 2-ton trucks used to carry wakame, konbu seaweed, oysters and scallops, and which currently carry tools and machines to help rebuild and organize fishing nets and farms.

“We called on The Salvation Army for help because very few people were able to help us,” said Masayoshi Kikuta, Kessennuma representative.  “The union members are so grateful because it allowed us to go back to work…we have now recovered almost 90 percent of the wakame harvest income we had before the tsunami.”

As a partner to the Zambia HIV/AIDS Prevention, Care and Treatment Partnership (ZPCT II), SAWSO  is continuing The Salvation Army’s long-standing fight against HIV and AIDS.

In this partnership, the Army is supporting community-level outreach activities, training leaders from local faith-based organizations, and encouraging people to receive HIV-related services, including counseling and testing, prevention of mother-to-child transmission and male circumcision at health facilities in the Ndola District of the Copperbelt Province.

“The ZPCT II partnership is a dynamic example of the change in our approach to preventing HIV and AIDS,” said Sara Davis, SAWSO technical advisor for HIV and AIDS sector. “Before, the people we identified often were already in later stages of the disease, and many died in their homes in pain. Now, we focus much more on screening and early detection, so many infected people are discovering their illness sooner. We ensure they have access to, and properly take, antiretroviral medications. We also provide counseling so they can live long, productive and healthy lives.”

The Salvation Army is using an innovative way to spread the message through youth drama groups. Once trained, the youth become peer educators.

In small towns like Kapiri Mposhi one such youth drama group recently performed a skit depicting a husband who had an affair, his wife who also had an affair in retaliation, and then the realization that one is found to be HIV-positive. The message focused on the increased risk of acquiring HIV through having multiple partners, and the importance of being faithful.

During the performance, Pastor Kasalwe Cornelius Timothy from the Gospel Mission Church in Pamodzi, Ndola, talked about HIV and encouraged the audience to receive HIV-related services at a health facility.

“What the Lord has put upon my heart is not only to preach the Word of God, but also to meet the social needs of the people, such as health, helping them reach out and access health facilities,” he said.  “I am happy to work with ZPCT II and be involved in their programs, because they help reach out for more people and advocate on issues of HIV/AIDS related cases.”

By training and mobilizing local faith leaders, who are in turn supported by Salvation Army ZPCT II staff, the way is paved for sustainable change.

“It has brought networking of churches and more people are able to go to health centers and receive medication needed,” Timothy said. “To me, it has been a privilege to work with them and I am ready to continue in partnership with them.” 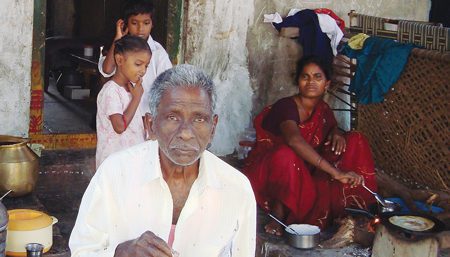 S. Kanthamma, from Bandarkota, Machilipatnam District, joined a self help group at her corps and began saving money. She received a loan from the India Central Territory and opened a breakfast center in front of her house. The income supports her children’s education and, combined with her husband’s wages as a construction worker, meets the family’s needs.

The Salvation Army has long recognized the many obstacles facing low-income women in India.

Community empowerment programs, instituted by the India Central Territory and supported by SAWSO, use self-help groups to provide savings and lending education, and loans to start small businesses or pay school tuition, to provide a sense of hope to women in many of the region’s poorest villages.

Educated laywomen, selected to be field organizers, are charged with overseeing the progress of the program groups and their members. They also conduct health programs with the help of local doctors, nurses and other health staff.

Kethepalli Saramma, a 50-year-old widow attending the Deendayalpuram Corps, faced many hurdles. Her four children left with their own families for the cities in search of jobs. As a result, Kethepalli was alone. As a Salvation Army Home League member, she regularly attended her local church service. Through her corps officer, Saramma learned about and joined a self-help group. She eventually received a loan of 1,000 rupees (about $15) to start a small business selling dried fish.

“I am so happy now, feeding myself, and I’m even able to provide some support to my children through this business,” Saramma said. “I give all glory to God and I thank our territorial leaders for their kind concern toward the poor and needy women of the territory.”

K. Guravaiah, a man who belonged to a Hindu community in the village of Gilakaladindi, suffered as a day laborer with asthma. The scant wage he earned meant that his family often went to bed hungry.

“The local Salvation Army pastor used to come to my home as a friend and tell me about Lord Jesus and his love for the poor,” he said.

As a child, Guravaiah learned about bicycle repair, but a lack of money had prevented him from capitalizing on these skills. His wife secured a loan from her self-help group, and with the money, he bought the necessary tools and began a bicycle repair shop in his village. The couple parlayed the $15 dollar loan into a business that allows them to earn as much as $3 per day—a huge improvement in their quality of life.

He said, “By the grace of God through this business I am very happy, and we are able to meet our family needs, provide sufficient food for my children and I am able to get medicine for my asthma.”