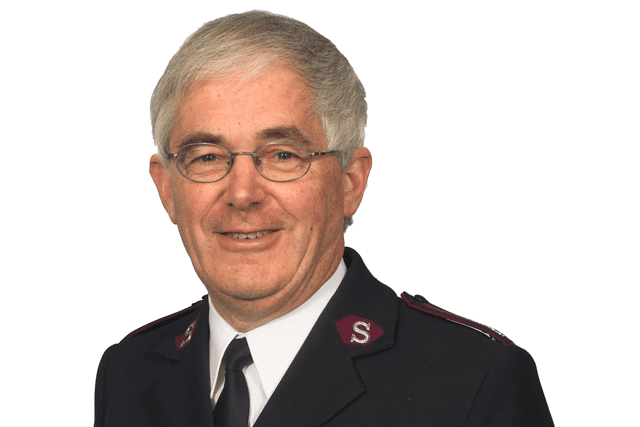 By Robin Raymond –
New Zealand Salvationist Major Campbell Roberts says being shortlisted for New Zealander of the Year is a recognition of The Salvation Army and its good work.
Roberts has been chosen alongside film director Taika Waititi and educator and researcher Mere Berryman as one of the final three nominees for the Kiwibank New Zealander of the Year award. The winner will be announced on Feb. 22.
Roberts was nominated for his work for over 46 years as a Salvation Army officer, including helping found The Salvation Army’s Social Policy and Parliamentary Unit in 2003, and with other charity enterprises, including being a founding board member of Habitat for Humanity New Zealand and The Housing Foundation.
In 2013, he was awarded the Order of the Founder, The Salvation Army’s highest honor, for his “tireless advocacy and support for vulnerable New Zealanders” and acknowledged by General André Cox as “one of New Zealand’s leading advocates for the poor.”
Campbell said many others in The Salvation Army and in the wider community were just as deserving and the nomination reflected the work the Army does.
“Inevitably, some people get more public exposure,” he said. “I’ve had more public exposure and I’m very conscious I’ve often been the front of something that’s happening that involves a lot of hard work from a team of people. I take this as a recognition of The Salvation Army.”
It was also a recognition of the role faith has to play in the community. His work, he said, had been driven by the gospel, and how that applied to the world today, and after 46 years it seemed more relevant than ever.
“I’m still very encouraged to get up in the morning,” Roberts said. “I’m more and more convinced that the application of the gospel to issues in the New Zealand community and the world community is more and more relevant. It’s really rewarding to be part of that.”