Boxing with Parkinson’s: A Surprising Therapy

In Denver, CO, a group of folks diagnosed with Parkinson’s Disease have taken up boxing – yes, boxing! And they’re having a blast. Parkinson’s is a degenerative motor condition most common in those over the age of 50. It often results in reduced mobility, tremors, balance problems, depression and anxiety. But after joining the twice-weekly boxing class, participants describe a noted increase in their agility, balance, hand-eye coordination, and cross-brain functionality. Just as importantly, they’ve also formed a tight-knit community, where, as one boxer said, “we happen to like each other a lot, which is really nice.”

Transcript has been edited for clarity.

Judith Wilson: I had known for a long time…that I had a neurologic issue. I had a pretty good guess as to what it was. But I was in a professional environment where ignoring that was important because I had other work to do. And so I did ignore it for a long time, until I got called on it by a couple of people. I got the appropriate evaluation, and came away with a diagnosis of Parkinson’s.

Cari Friedman: Parkinson’s is a motor condition, that some people have a tremor, might start in the thumb, and then progress to the hand and then the arm. They may have some balance issues, having frequent falls, others have a really soft voice, and then they have non-motor symptoms, which would be depression and anxiety. So there’s lots of different things that happen with Parkinson’s.

Jim Berryman: My wife had noticed, for some time, one of the things I referred to as my ‘Yoda Shuffle.’ It’s where I’m kinda hunched over and just shuffling along through life, and not knowing why I was slow, or sluggish, or sleepy or any number of things.

Judith Wilson: The more, I, as a Parkinson person, can do for myself, the better. One of the things I have to do for myself, because no one else can do it, is my exercise program.

Cari Friedman: The number one thing that helps is exercise. That can help delay the progression of Parkinson’s. So we really emphasize that with our folks. When you say, “Oh, we have a boxing class,” people say, “Are you crazy?” We feel like we have damage already to our brain. No, it’s not a contact sport, as far as hitting in the head.

Judith Wilson: I had never, ever, had a boxing glove on in my life, until this program started. But when I was diagnosed with Parkinson’s and then started figuring out what was the best exercise regimen, boxing floated to the top quickly because of the research that it was one of the more important forms of exercise for the person with Parkinson.

Jim Berryman: The boxing specifically, has helped with the crossing over of duties in your brain, right side trying to pick up some of those duties, and switch it with the left.

Judith Wilson: It took very little time for me to go from that…”Boxing…?” To, “Yes! Boxing!”

Cari Friedman: We started with one downtown, Salvation Army, and now have them throughout the state.

Lt. Grant Hall: The Denver Red Shield has a history of being like a light in this dark place. We’ve got this boxing program that happens, and it’s like a jewel in the community.

Lt. Grant Hall: There’s a wonderful comradery as well, that the boxers have with one another. It’s fun to be part of that, too. It becomes a community within a community, that they can kind of share some of their joys and concerns with each other.

Shidevin Brown (Hot Dawg): I’m like a therapist. People talk to you about frustrations and you know, everything that goes on in their life. It’s gratifying. Everybody that I train is like a real good friend.

Lt. Grant Hall: Hot Dawg’s been part of the community for a long time.

Lt. Mandy Hall: He’s such a kind man. He’s so kind-hearted, but when he’s in there as the coach, he means business. You don’t stop. He cares about his boxers. He’s right there with them, standing next to them, taking the punches. Yeah, he’s a great teacher.

Shidevin Brown (Hot Dawg): So some can’t really move their arms at first, but then when they start working out, you can see the transition in their arm movement and their hand movement. I try to make it as fun as possible, and try to make it kind of hard for them.

Judith Wilson: It has done marvelous things for my eye-hand coordination, my balance, my ability to shift weight forward and backward, and sideways; strength, upper body, as well as legs and feet.

Jim Berryman: Sometimes you can hit the bag a little harder than others. I’ve not been successful in knocking the stuffing out of it yet, but the day’s still young.

Judith Wilson: I know it is also contributing to the extension of my good years, and a slowing of the progression of the Parkinson’s.

Lt. Mandy Hall: Christ wants us to see everybody and I think sometimes, when you’re struggling with whatever physical ailments, sometimes you can be pushed to the side, but at the Red Shield we want you to feel part of a community, part of a family.

Judith Wilson: You have a choice when you’re diagnosed. You really have a choice. It doesn’t matter where on the scale you are. I can say, “Oh, my. This is terrible.” “I can’t do anything,” sit down, and you’re right. Or, I can do the required patterned activity that research is showing will make a big difference for me, in quality of life now, as well as longevity of the good years. And the fact that I am able to grasp it and say, “You don’t have me,” that’s important to me for myself, it’s important for me to share. 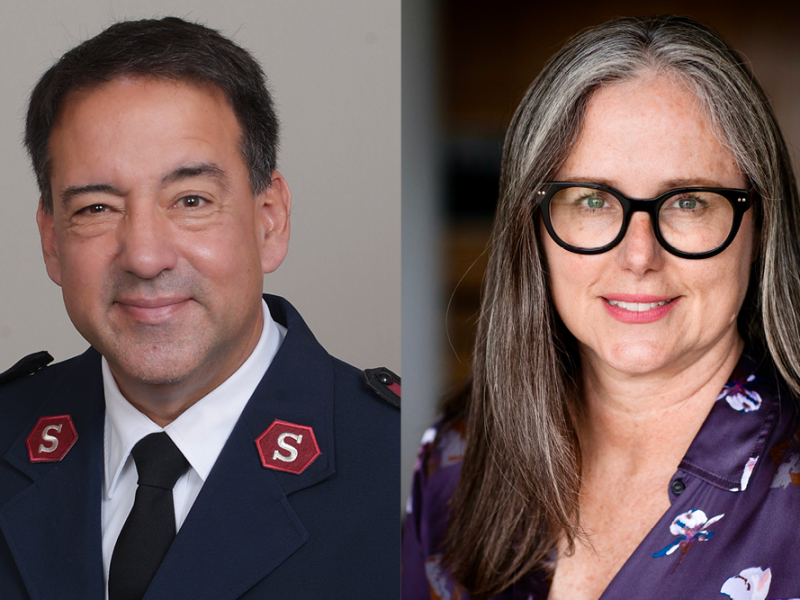 135: What the red kettle symbolizes with Major Ken Perine and Kathy Lovin 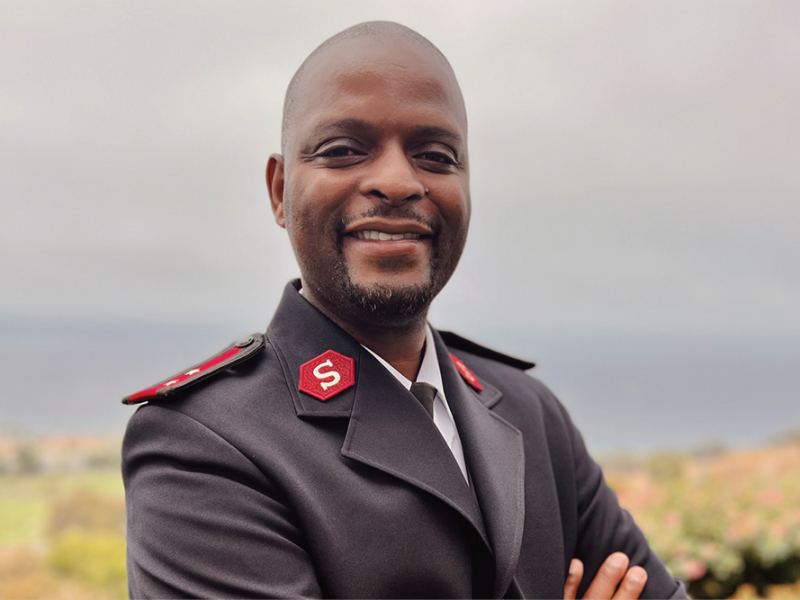 134 Good Word: Why invite the presence of God into your life with Captain Emmanuel Masango 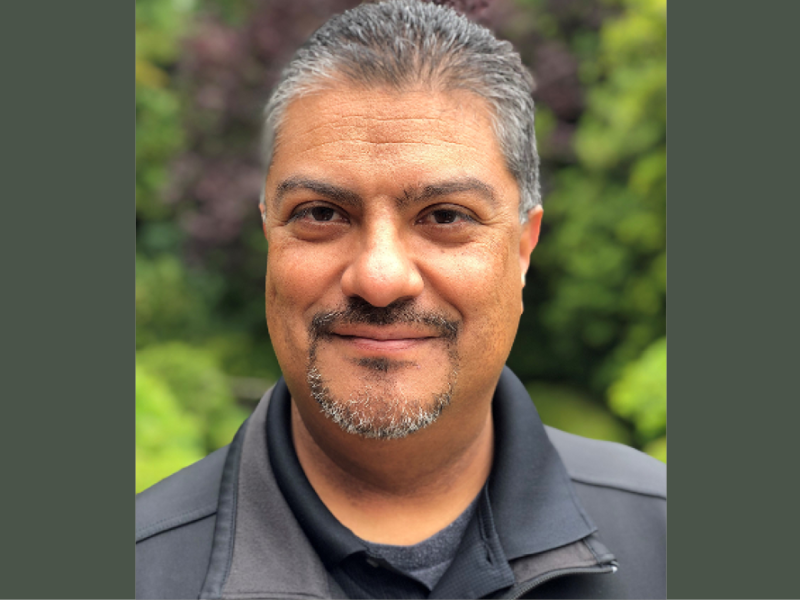 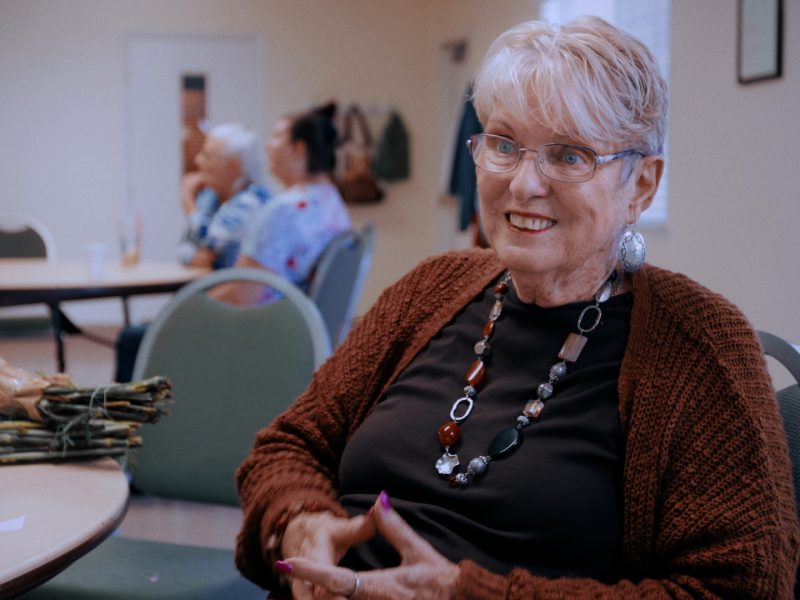