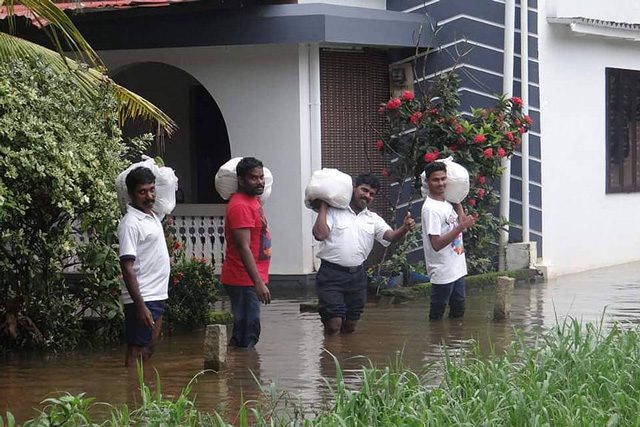 Flooding and landslides in Kerala, south-west India, caused by torrential monsoon rains, have claimed 350 lives and caused widespread damage and disruption. More than a quarter of a million people have been stranded and have taken temporary refuge in more than 2,000 emergency shelters set up across the region. The Salvation Army, working in partnership with local authorities and in conjunction with other NGOs, is meeting immediate needs. 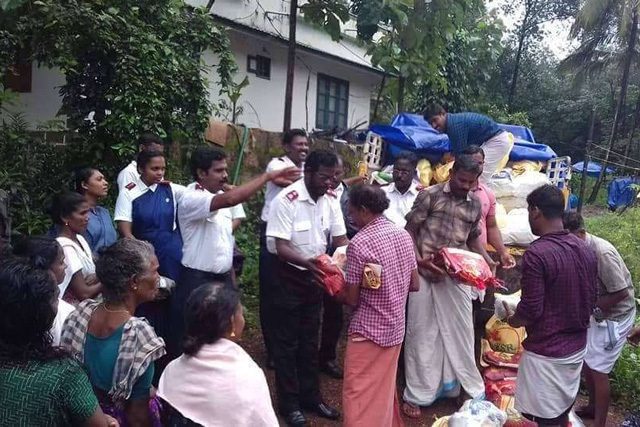 Initially, clean drinking water and emergency food packages were distributed—in challenging conditions—to 6,000 individuals in the flood-affected areas of Kottayam, Thiruvalla, Mavelikara and Peermade Divisions. Similar provision was made for survivors of the mudslides which damaged or destroyed scores of houses and businesses in the Kozhikode District. The emergency response team was able to help 30 families in this area rebuild their homes. The Salvation Army’s Territorial Commander for India South Western, Colonel Nihal Hettiarachchi, notes that although the needs are great “this act was very helpful to wipe away their tears, and it gave them hope and a sense of security.” 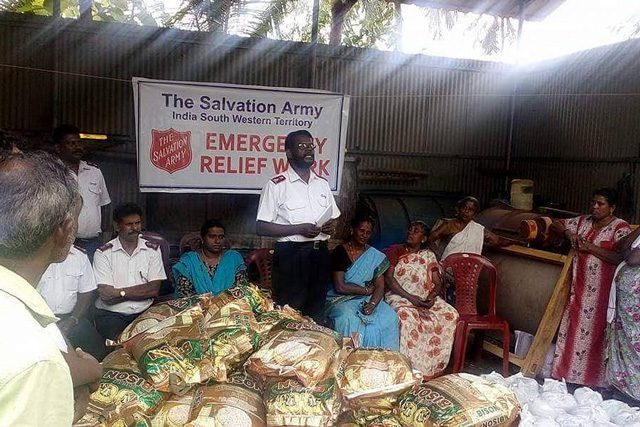 With communications severely affected across the region, and road and rail links disrupted, a 45-strong national disaster response force has been deployed, in addition to the local Salvation Army officers, soldiers and volunteers meeting human needs in the area. Following an assessment in each of the affected communities reached, work has begun to ensure that the needs of a further 8,000 particularly vulnerable individuals are met. This includes providing emergency medical care in a number of the relief camps. 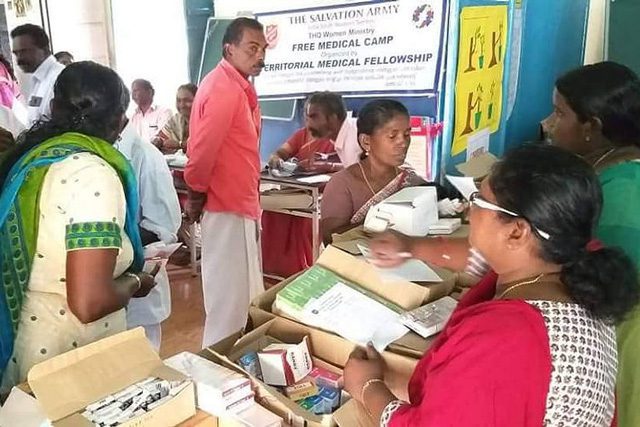 Approximately 8,250 men, women and children in Idukki and Malapuram will also be provided with emergency provisions, mattresses and bedding. Materials will be made available to people rendered homeless in these communities in order that they can build temporary shelters for their families.

Pastoral and spiritual support will also be made available. Salvation Army response coordinator Major Jacob J. Joseph explains the relief efforts seek to meet human needs without discrimination, but also to “express our Christian love [and] ensure that flood and landslide victims are cared for … [with] God’s presence, love, care and protection.”

To support the efforts of The Salvation Army across the region, please visit the South Asia disaster appeal online.