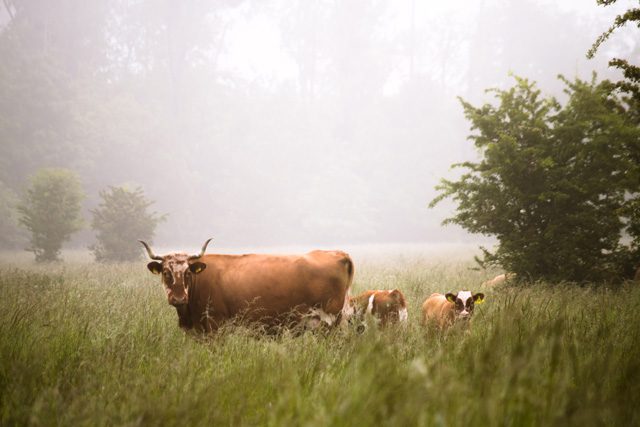 Montana’s brutal winter has been especially taxing for ranchers whose cattle are struggling to survive the heavy snowfall and piercing winds.

A series of storms that began early in 2018 has produced record amounts of snow and bitter temperatures that have not only smothered communities, but also stifled livestock producers. Highways through which livestock feed is typically transported were closed, cutting off some cattle from their food supply.

Over the entire month of February, Montana was hit with significant snowstorms, creating snowdrifts as high as seven feet across the reservation—making it inaccessible.

In partnership with the Montana Department of Agriculture, The Salvation Army contributed $5,000 in emergency assistance for the procurement and distribution of hay, food and warming supplies.

“Services we provide following a disaster are as unique as the communities we serve in,” said Lt. Colonel Daniel Starrett, Divisional Commander of Intermountain Division. “We remain grateful for the ability to help those in need during their most vulnerable time.”

The Brand Inspector confirmed that the two-truckload delivery went smoothly and 100 percent of the bales were distributed to feed livestock.

Though most roads in the region are relatively clear and dry at this point, many families still lack the means to purchase food after missing work because of the storms—not to mention the added expenses brought on by the storms, including heating.

The Salvation Army remains in contact with MTVOAD and can assist with further recovery efforts, if needed. Its team will also follow up with the affected reservations and offer support with future planning of mitigation initiatives to prevent similar situations.