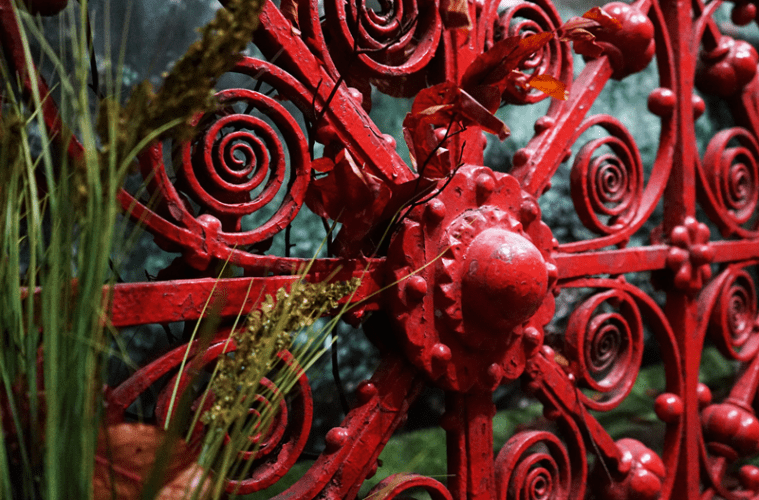 Grounds that inspired legendary Beatles’ song will soon open to the public.

The dreamlike song is based on John Lennon’s treasured memories of playing in the leafy grounds of the home. Raised by his Aunt Mimi in Woolton, Lennon lived just a stone’s throw from Strawberry Field.

In one of his last interviews, he reminisced, “Near [my childhood] home was Strawberry Fields where I used to go to garden parties as a kid with my friends, Nigel and Pete. We would go there and hang out and sell lemonade bottles for a penny. We always had fun at Strawberry Fields.”

DO GOOD
The Salvation Army has committed roughly $5 million to the project but must raise nearly $5 million more before the center’s planned opening in January 2019. See more at strawberryfieldliverpool.com.
The children’s home closed in 2005, but 50,000 visitors on Beatles-themed tours pass by the famous iron gates every year hoping to get a brief glimpse of Lennon’s childhood sanctuary.

A planned revival of the site will soon see the famous gates open to the public for the very first time. The Salvation Army United Kingdom Territory with the Republic of Ireland, which still owns the site, announced plans to open a training and work placement hub for young people with learning disabilities, a Beatles exhibition and a haven for spiritual exploration.

“Strawberry Field is special in the hearts of many people in Liverpool, the U.K. and across the world, and we at The Salvation Army are aiming to redevelop the site to do justice to the many people that have been supported by the children’s home or formed a connection with the iconic Beatles song,” said North West Divisional Commander Major Drew McCombe.

Strawberry Field was a home for Liverpool’s most vulnerable children from 1936–2005. The Salvation Army bought Strawberry Field, a large manor house, in 1934 and two years later opened a girls-only home for 40 occupants.

A description of the grounds from the August 1936 The Deliverer, a Salvation Army publication, supports Lennon’s image of a leafy sanctuary: “Through every window one sees the glorious out-of-doors. And the wee things! The robins are saucy, the thrushes scold in the trees, bright-eyed bunnies scamper across the lawn away into the little wood where the primroses are hiding.”

The 1950s saw the home open its doors to boys. In the 1970s the original Strawberry Field mansion was demolished and a new children’s home opened, continuing to offer stability, safety and empowerment for up to 36 children. 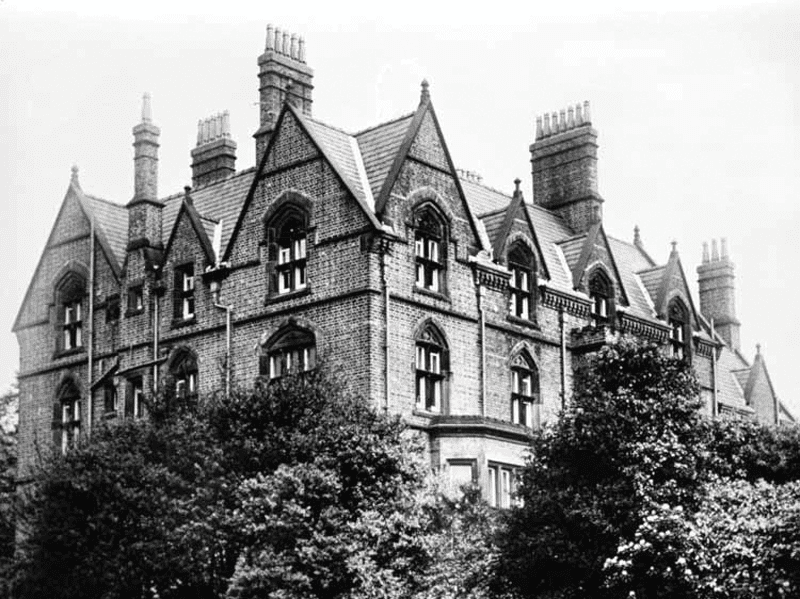 When John Lennon died in 1980, he left money in his will to secure the future of the home. It was suggested that Lennon felt a kinship with the orphans after he was abandoned by his parents.

Throughout the 1980s the site steadily became a popular Beatles attraction. Major David Botting, the center manager from 1975–1987, reported that children were sometimes caught selling blades of grass to tourists.

By the 1990s the tides began to change in children’s services in the U.K., with a preference of supporting children in foster care rather than institutional children’s homes. By 2001 the home ran two units comprising 22 children; 11 in full-time care and 11 in shared care that spent holidays and weekends at home.

Occupancy levels and funding continued to decrease and by 2005, just three children remained at the home. In January of that year Divisional Commander Major Marion Drew stood in front of the gates and announced the home would close when the remaining residents were placed in foster care. And so in May, when the last child left, the home closed.

Major Jane Cowell, the assistant manager from 1991–1992, said the home made a genuine difference to its residents. “I am confident that there are adults alive and well now and walking the streets of Liverpool and parenting well thanks to Strawberry Field,” she said. 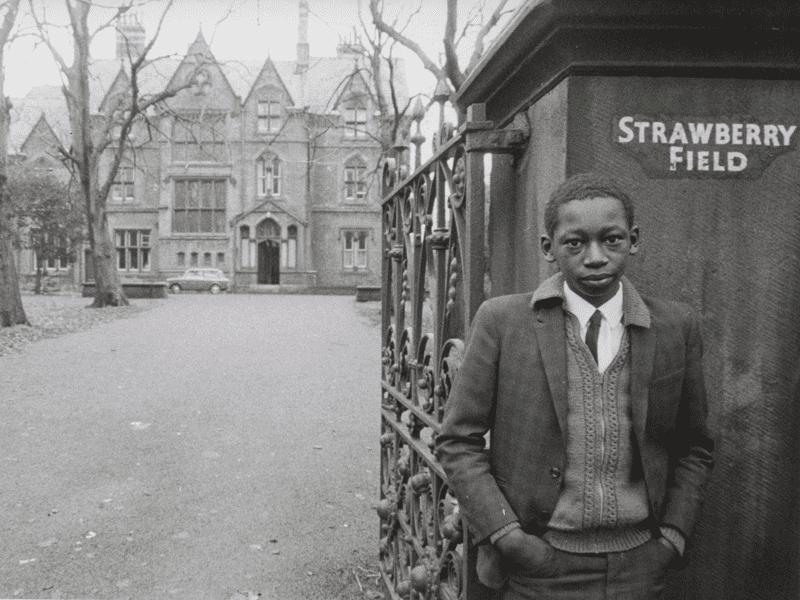 A resident of Strawberry Field in 1967 at the gate of the property.

The site’s rich heritage of helping the most vulnerable young people in Liverpool will now continue by meeting the urgent need for training and work placement opportunities for 18–25 year olds with learning disabilities.

“Research shows only 7 percent of people with learning disabilities in the U.K. are in paid employment,” McCombe said. “Therefore we plan to work with young people for six to nine months, helping them to make the transition from school to adulthood.”

Experience shows that if people with learning difficulties receive the support they need in early life, he said, many barriers to employment such as lack of confidence, difficulties interacting with other people or the stress of dealing with a new situation can be overcome. The program will combine two days of education with two days of placement a week, including in-house at the café and exhibition that are also planned as part of the revival.

A spiritual haven is the final element that will weave all the elements of Strawberry Field together.

“We’re looking to do church in a different way and create a space for spiritual exploration,” McCombe said. “We’ll have an officer on site to engage with visitors and trainees. The gardens will take people on a journey linking some of the spirituality contained in the Beatles songs, like love and peace, with Christian ideas of love and Christian peace.

“We’re going to inspire people to become involved in the project in any way they can,” he said, “to create a pivotal place in the lives of young people and a must-see destination for Lennon and Beatles fans the world over.”