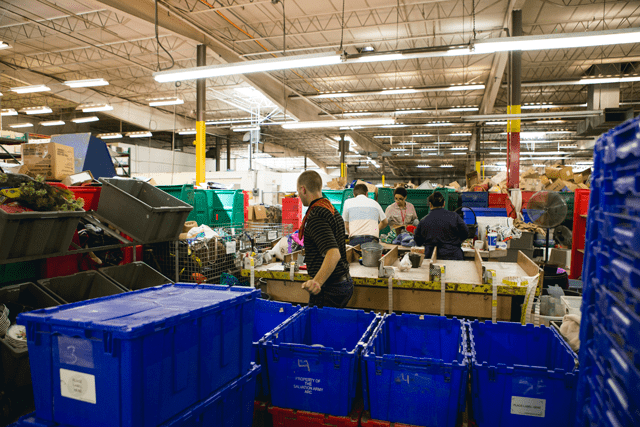 What happens to donations The Salvation Army can't use?

Diverting waste continues to help fund The Salvation Army’s residential recovery program.
By Dave Werstine –
Recycling in the United States didn’t become en vogue until the 1980s, but for The Salvation Army, it’s been a way of life for much longer than that.
“I like to say, ‘We were recycling before recycling was cool,’” said Major LeAnn Trimmer, who administrates over the Pasadena Adult Rehabilitation Center (ARC), one of 24 in the Western Territory that sort and sell donated goods and in turn, fund a residential recovery program for men and women fighting addiction.
Recycling—the act of processing used materials for reuse or into new products—provides additional funding. By definition, the Army has been “going green” for more than 100 years, when members would go through neighborhoods with push carts, looking for goods they could reuse in an effort to help those in need.
Today, it’s much the same but on a much, much bigger scale.
Tons of public donations pour into centers like the one in Pasadena daily. Everything from clothes to televisions to knickknacks are sorted and the best items are sold in any of the 1,226 family stores across the country.
“We are a disposable society,” said Major Grady Brown, Administrator of the Anaheim ARC. “We receive things that people no longer want. There are beautiful things, meaningful things. Those things are sold in the store.”
But what happens to the rest of the items that don’t make the cut? Quite a lot, actually, with a trip to the landfill a last resort.
According to Brown, there are five stages in the Army’s recycling process: Boutique, Store, Auction, Recycle and Dump. It’s certainly in line with the three R’s of waste hierarchy: Reduce, Reuse and Recycle.
The best of the best donations end up in Salvation Army boutique stores. Other quality resalable goods go to the Army’s thrift stores. Things that are reusable but don’t get placement in a store are auctioned off in bulk daily—which still leaves literally tons of leftovers.
“Only one of three garments go into our stores,” Brown said, giving an idea of just how many leftovers there really are.
So all the extra clothing is baled in the warehouse—in lots that weigh just over a half ton—and sold to recyclers from all around the world as rags. The same goes for metals, cardboard, e-waste and accessories.
In just seven months—Oct. 1, 2016–April 30—in the Western Territory alone, The Salvation Army recycled 27 million pounds of rags and more for a grand total of $6.6 million to help fund ARC centers, on top of store and e-commerce sales.
“Everything we do is recycling,” Trimmer said. “We give things a second life in our thrift stores or by selling rags and etc. Everyone in the ARC program is affected by recycling. It’s a huge recycling program.”
Dumping into landfills continues to be problematic in the United States and around the world despite recycling efforts. In 2014, the U.S. saw about 136 million tons of waste go into landfills.
Even though the goal is to squeeze the most amount of money from the donations, the idea of leaving the Army’s smallest possible carbon footprint is also of paramount importance. The Salvation Army understands that the less it contributes to landfills means the more it’s doing its part to help sustain the environment for future generations.
So, even if there isn’t a big market for a specific type of recycling material—such as wood and mattresses—there is an effort to keep it out of landfills. Even if it means giving it away for free, such as plastic.
“At least we aren’t taking it to the dump and we are helping Mother Earth,” Brown said. “Even if it’s a small part, we should do it.”
That also helps the bottom line. Last year, the Anaheim ARC spent $240,000 in dump bills, according to Brown. Less money going to dump fees translates into more money for programs.
Despite the Army’s outstanding effort to recycle nearly everything it touches—from clothes hangers to cardboard boxes that donations come in—there is still plenty of stuff that ends up at the dump every month, about 25 percent of all donations, officials estimate. That number is better than average. According to California’s Department of Resources Recycling and Recovery (CalRecycle), California leads the nation with nearly a 65 percent diversion rate for all materials.
Although the Army is having great success with its recycling program, many feel there is still room for improvement. For example, talks have surfaced on continuing education on recycling and collaborating with vendors in an effort to create less waste.
“We need to be more knowledgeable about what can be recycled,” Brown said. “I would like to see The Salvation Army’s waste at 10 percent or less. There is so much more we can do. We need expertise, professional insight on what we can do. We work hard, but we need to work even harder at it.”
Recycling stained shirts, broken TVs and well-read books is one thing, but it’s certainly secondary to the ARCs ultimate mission of providing a cost-free, biblically based six-month program for more than 200,000 people a year to help them overcome addiction and put their lives back together.
“Everything we can use produces income for the program, for changed lives,” Trimmer said. “The men and women here, lots of them have been thrown away by society. Here, they get a second chance for a new life, given new hope. Our mission is to change lives.” 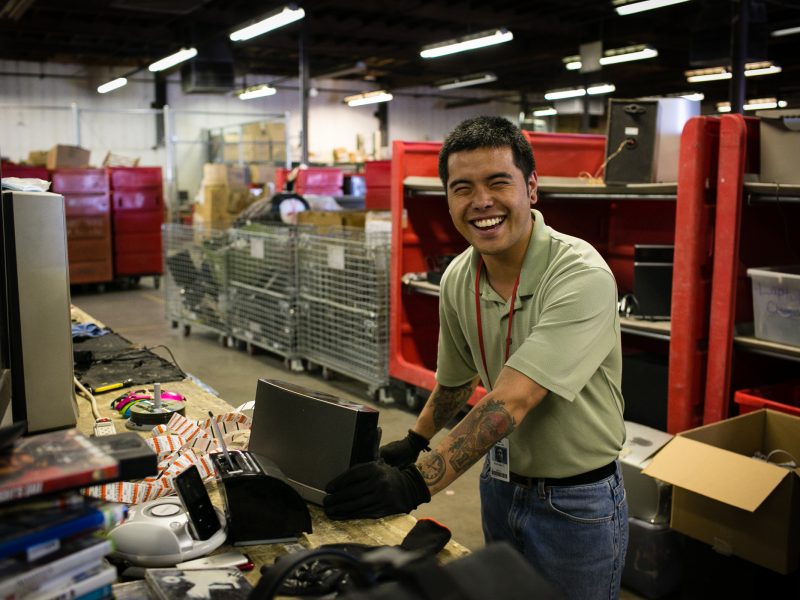 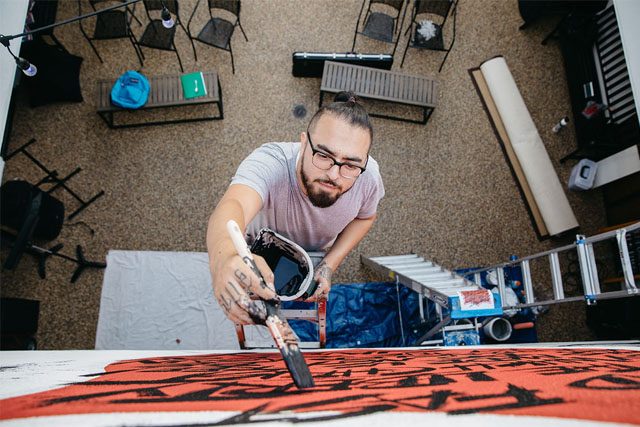