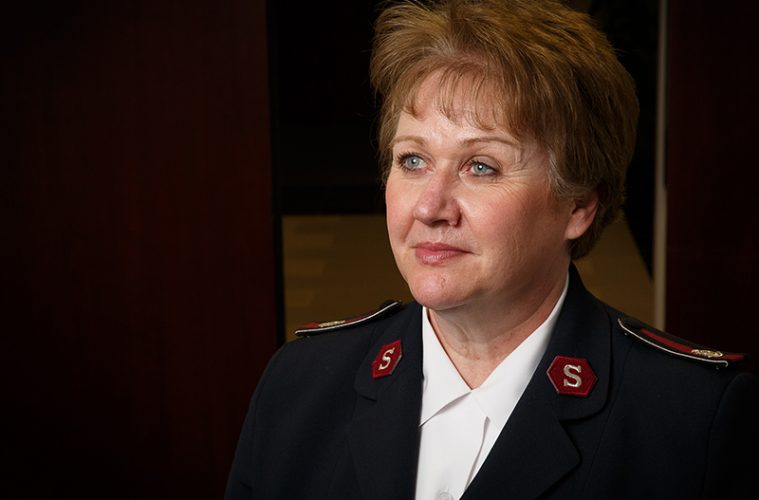 It’s important to deal with grief and pain—even when they’re not your own.

They sat in the hospital waiting room for days, surrounded by those whose loved ones were on the brink of life and death.

Lt. Colonel Sheryl Tollerud wasn’t at the Route 91 Harvest music festival on Oct. 1, 2017, when a lone shooter opened fire on a crowd, senselessly killing 58 people. She wasn’t even on the Las Vegas Strip when the chaos unfolded. None of the Salvation Army officers who sat in the cramped waiting rooms were.

Instead, they were there to deal with the trauma that unfolded after: hundreds of family members and friends waiting to hear news of their loved ones. Waiting to know if they would live, die, or be caught somewhere in between, healing from physical and emotional injuries that could last a lifetime.

Tollerud and the nearly dozen other Salvation Army officers were there to provide support. They brought in food and water, hygiene kits and power packs to recharge phones. But they were also there to listen, and, when the time was right, to pray.

“Whatever their need was, we’d do that,” Tollerud said. “You just go into a room and ask, ‘Do you need some prayer? Do you need someone to talk to?’”

Some would say “yes,” and ask them to come in. Others declined or said they were okay at that time. If that was the case, Tollerud and the others would let families know they’d be out in the hallway or the waiting room if they needed anything.

“I consider it a very special, gentle privilege to come alongside someone when they’re vulnerable and need that emotional support,” Tollerud said. “You can’t meet every need, and you can’t erase what’s happening in that reality they’re facing. But you can walk with them and let them know they’re not alone.”

Known as the ministry of presence, this aspect of trauma relief is a Salvation Army distinctive. While hundreds of organizations provide goods and resources in the wake of tragedy (which the Army does, too), few are there to offer emotional and spiritual support that Salvation Army officers and volunteers feel called to do.

“That’s what The Salvation Army is all about: sharing Jesus’ compassion and Jesus’ love in a practical way,” Tollerud said. “Not thrusting any of our beliefs on anyone, but just saying, ‘if you need someone to talk to or would like some prayer, we’re here.’”

But this type of ministry also comes with its own unique impacts on those who provide it. Listening to and connecting with others who are experiencing trauma can have an impact on those ministering. It can be difficult to empathize genuinely without bearing some of that burden as well. Secondary trauma—sometimes known as compassion fatigue or indirect trauma—can take root. 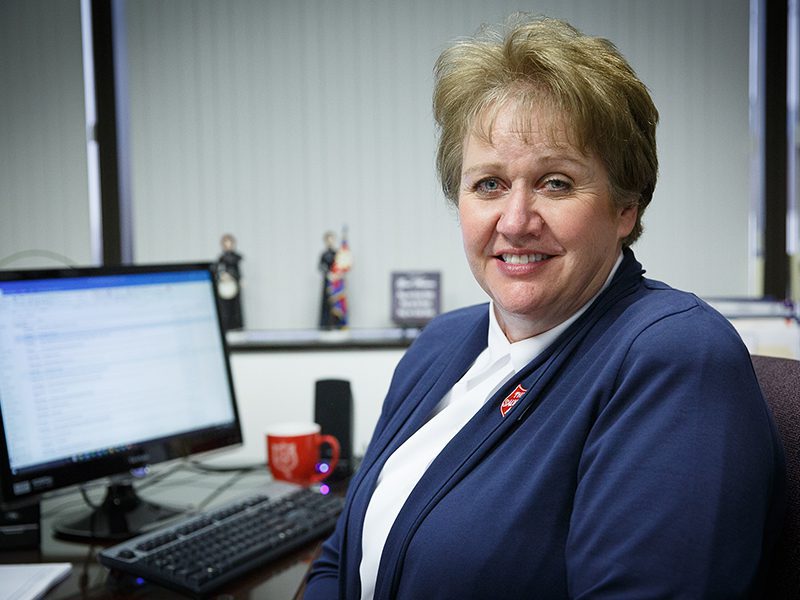 Lt. Colonel Sheryl Tollerud supported family and friends in hospital waiting rooms after the Las Vegas music festival shooting in October 2017 as part of The Salvation Army’s ministry of presence.

As part of its emergency disaster response, Salvation Army officers and volunteers routinely provide counsel and a listening ear to individuals who’ve recently experienced trauma. And they are not immune to the perils of secondary trauma.

“When people share and you have compassion and care, you can kind of hold that,” Tollerud said. “I don’t hold it in my own mind, but I hold it in my heart gently. I pray to the Lord and take time to be still.”

Anderson, who has provided counseling for nearly three decades, met with some of the Las Vegas team to hear about their experiences and how that impacted them individually and on a more personal level. A critical incident debriefing has three levels, Anderson explained.

DO GOOD
–
Consider how you process grief, and how you can care for your own mind, body and spirit while you empathize with and care for others. Know what works for you: a walk in nature, time journaling, a relaxing bath, and so on.

– See how The Salvation Army responds to disaster in your community and give to support the effort at westernusa.salvationarmy.org.

He starts by asking them to explain what happened: Where were you? How many people did you talk to? What was the level of trauma you heard about? The first step helps him understand what kind of exposure the volunteers had.

The second part is a more emotional component, where Anderson learns how that experience affected people. Perhaps they’ve never experienced anything like that, or maybe it reminded them of something in their own lives.

The third step, and perhaps the most important, asks the individual to explain how they’re making sense of that traumatic experience in their own life. Witnessing those types of events, even through the eyes of others, can force someone to come to grips with their own mortality or vulnerability. It can be hard to realize that horrors like the Las Vegas shooting are almost random events that can affect anyone at any time, Anderson said.

“I think it brought a different kind of reality home for some of officers,” Anderson said. “This brings a different mindset of the fragility of life. Something like this can be so unexpected and also so horrible, especially when it happens in your own backyard.”

Different people process those emotions in different ways. According to Gabrielle Villafuerte, former Director of Social Services for The Salvation Army in San Antonio, Texas, the best way to avoid compassion fatigue is not to avoid empathy—but rather to create a customized self-care plan to combat the toll this work takes on the mind, body and spirit.

“Helping others is a rewarding yet sacrificial line of work,” she said. “This does not mean you need to sacrifice your health and well-being. Care for yourself first so that you may continue to care for others.”

For Tollerud, journaling and reflecting on the experience is key.

Usually, she takes that time early in the morning, settling into a cozy love seat with some water and a journal. Close by, on a little wooden block, reads the Scripture: “Be still, and know that I am God” (Ps. 46:10).

“I read Scripture and I journal and I pray, and that’s kind of my time,” Tollerud said. “It focuses me.”

She also talks through her experiences with others, which Anderson said can help. She doesn’t do it to bring glory and attention to what she’s done, but instead to help process it all.

Anderson said reflecting on one’s own experience and how they’re dealing with that trauma is essential. It helps someone determine whether this event will impact them for a long time.

“I really admire what they’ve done,” Anderson said of the Las Vegas crew of officers. “And I think they came through it all in a really good state as well.”