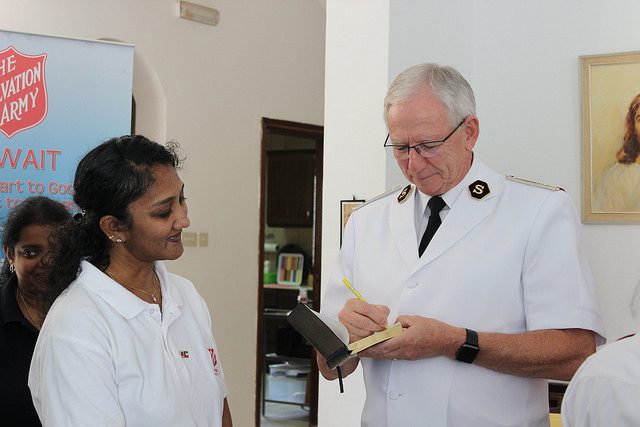 By Stewart and Heather Grinsted, Majors –

General Brian Peddle and Commissioner Rosalie Peddle, World President of Women’s Ministries, were recently guests of honor in Kuwait to celebrate 10 years of Salvation Army ministry in the Middle East. The celebrations were intended to testify to what God is doing today, be a springboard to the future and give thanks for his faithfulness over 10 years of Christian ministry. Some delegates were able to travel from other countries that make up The Salvation Army’s Middle East Region—Bahrain, Oman and the United Arab Emirates. 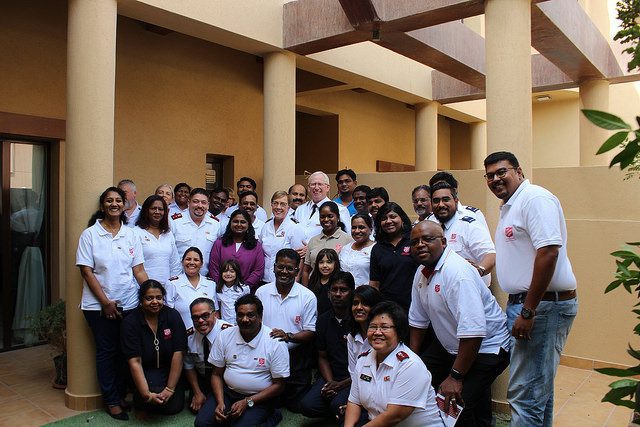 The Peddles led councils for local leaders and officers from around the Middle East on the Friday morning, giving a worldwide perspective of The Salvation Army and sharing in a time of refreshment and fellowship.

The international leaders moved on to the National Evangelical Church compound to be greeted by many enthusiastic onlookers, including flag-waving, singing Salvationists. A public welcome and celebration then took place in a united service with The Lighthouse Church. Senior Pastor Gerald Golbeck welcomed the international leaders before the congregation joined in praise and worship, with musical accompaniment provided by the Lighthouse Church praise team and Kuwait Brass Band. Children dressed in bright yellow sunshine T-shirts enthusiastically sang and danced to “Shine from the Inside Out.” In her message, Rosalie Peddle explored the biblical foundation for declaring the glory of the Lord, saying that each person should reflect God’s glory where he or she lives. 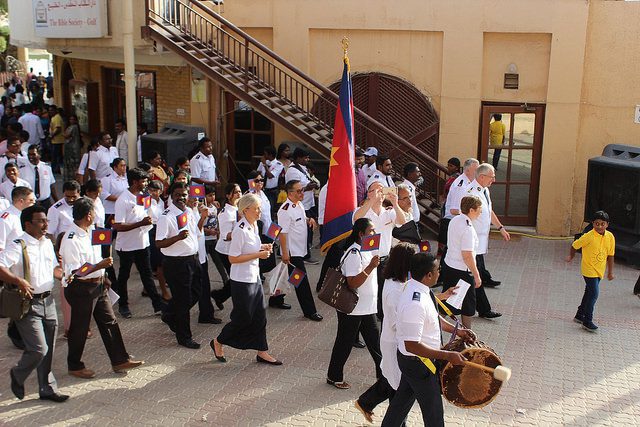 On Saturday morning, Sheikha Hussah Sabah al-Salem al-Sabah, daughter-in-law of the Emir of Kuwait, HH Sheikh Sabah IV Ahmad Al-Jaber Al-Sabah, made it possible for the Peddles to tour the Amricani Cultural Centre, which she created and is director of. They viewed the Islamic art collection and also what could be called the spiritual birthplace of Christianity in Kuwait, as the center is on a site occupied more than a century before by Dutch Reformed Church missionaries. 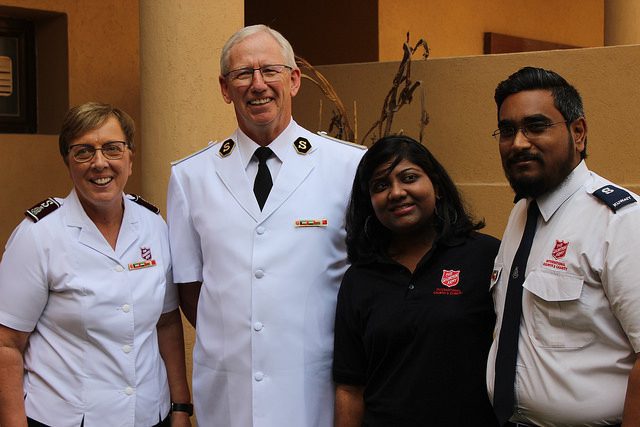 The party then moved to host a lunchtime thank you reception for 60 people, both Kuwaiti and expatriate, including embassy staff, senior church leaders, lawyers and lay people. The guests were representative of many people who have helped The Salvation Army’s development in Kuwait. All who attended received a small gift of Salvation Army tea, and a cup and saucer candle with the tag “All the darkness in the world cannot extinguish the light of a single candle” (Francis of Assisi). The General was presented with his own “ghutra” or kufiya headscarf, which a willing Kuwaiti helped to arrange. 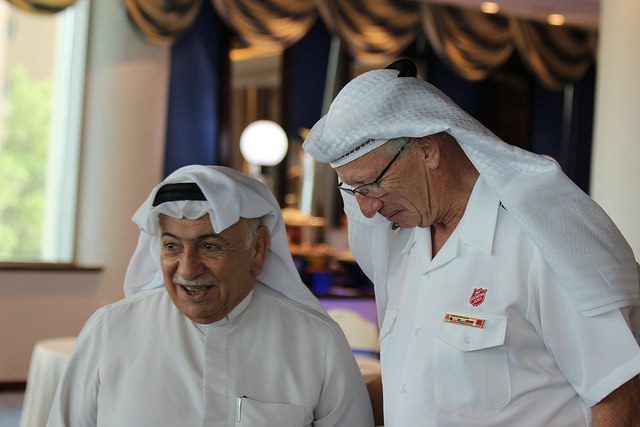 A Salvation Army-style praise and celebration meeting followed in The Lighthouse Church. The meeting included a youth praise band, brass band, children’s flag-waving welcome, prayer, preaching and challenge. Kuwait’s most recent soldier testified to finding herself challenged by the Scripture. “The harvest is plentiful but the laborers are few,” and Rosalie Peddle shared a verse of Scripture that she said God placed on her heart in the early days of international leadership: The Lord is my light and my salvation—whom shall I fear? The Lord is the stronghold of my life—of whom shall I be afraid? (Ps. 27:1). 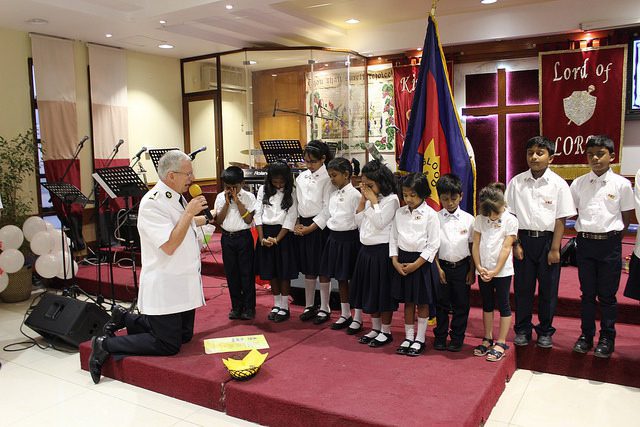 The General enrolled 13 junior soldiers and revealed that it was the first time he had done so since taking on his new role.

In his message, the General affirmed that The Salvation Army is part of God’s mission in the Middle East, sharing the light of Jesus in the world. Many people responded to the General’s call to kneel or stand with him at the front in commitment to “doing what the Lord requires of us.” 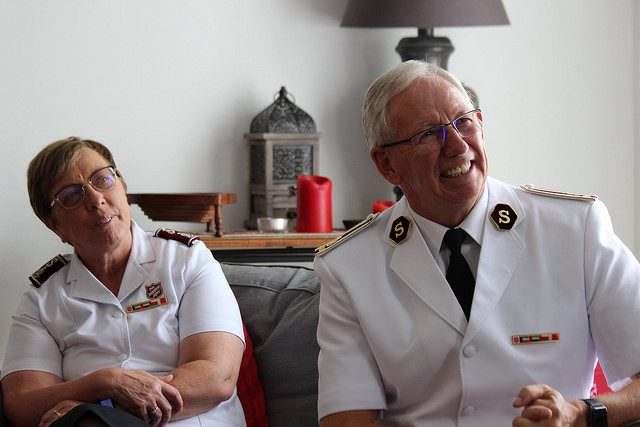 After the meeting, the international leaders personally greeted members of the congregation before sharing a biryani meal together.

On Sunday, the Peddles visited the Booth House social care program. Praise, music and drama were provided by residents from seven African nations.