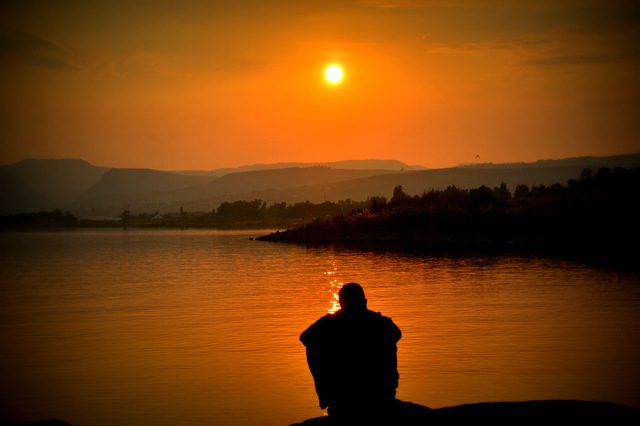 Environmental factors paired with alcohol-free mandates in some areas have exacerbated the problem in the country’s largest state.
By Kristin Marguerite Doidge –
Opioids took more than 33,000 lives in the U.S. in 2015, more than any year on record, according to the Centers for Disease Control and Prevention. And today, roughly 130 Americans die from overdoses each day, with more than 70 of those stemming from opioid use alone.
The picture becomes even more grim in Alaska, where opioid deaths have surged to twice the national rate. Alaska Gov. Bill Walker recently released a five-part plan for solving the problem, based on a report by the Opioid Policy Task Force. He said heroin use is “breaking families apart; it’s driving up crime.”
Major Paul Chouinard, Administrator of the 60-bed Adult Rehabilitation Center (ARC) in Anchorage, agrees. “It just destroys people,” he said. “You’ll find people who have overdosed—dead in the snow.”
But for The Salvation Army, the new opioid problem is merely the latest battle for rehabilitation administrators providing service to those in need. For more than 100 years, ARC programs have provided spiritual, social, and emotional assistance for men and women, offering residential housing, work, and group and individual therapy, in a “clean” (drug and alcohol-free) environment. Many of those who have been rehabilitated are reunited with their families, return to work and resume healthy lives.
In the Western Territory alone, The Salvation Army serves roughly 2,500 people in 24 facilities.
“The fact that The Salvation Army is funded by generous donations from the public means we [can] require attendance at church and at Bible study,” said Avery Chamlis, the Western Territory’s Director of Rehabilitation for the ARC Command. “We have a distinctly Christian atmosphere. We are telling people: if you have Christ in your life, your life will be better.”
Chamlis said the opioid epidemic is affecting young men in their early 20s, which is unusual. It previously affected people in their mid-30s and older, but the widespread and relatively low-cost availability of heroin, a drug made from morphine, has led to a new rise in the old epidemic.
More government regulations and law enforcement focus on synthetic opioids and on prescription drugs, such as Fentanyl or Hydrocodone, means that people are turning to heroin to get a similar effect.
According to Chamlis, in March 2014, 24 percent of the 734 beneficiaries served in six different cities by the The Salvation Army listed opiates as a primary substance of abuse.
“People tend to do the drug they’re exposed to in their youth,” he said.
Opioid is the more modern term used for all substances, both natural and synthetic, that bind to opioid receptors (including antagonists), whereas the term “opiate” is the older term classically used in pharmacology to mean a drug derived from opium, according to the “Pharmacology and Physiology for Anesthesia: Foundations and Clinical Application: Expert Consult.”
“We’ve always worked with opiate addicts in the ARCs,” said Chamlis, who cited a rise in opioid abuse after the Vietnam War. “The only thing that has changed is the demographics.”
In Alaska, environmental conditions, combined with what Chouinard calls a “different way of living”—less access to modern conveniences and entertainment—have led to the increase in opioid addiction in the area. Compounding the problem in some rural areas are alcohol-free mandates by the local government.
“It is a difficult place to live because of the harsh winters and its remoteness,” Chouinard said. “There’s limited transportation. It’s cold, and people are isolated.”
But there’s reason to have hope.
Chouinard said that about a third of the participants who come to the ARC in Anchorage complete the program, and Chamlis said those who can stay sober for five years or more have the highest chance of avoiding relapse.
In 2015, substance use disorders affected 20.8 million Americans—almost 8 percent of the adolescent and adult population, according to last year’s “Facing Addiction in America: The Surgeon General’s Report on Alcohol, Drugs, and Health” report. While approximately 16 million people are in need of help, only one in five of those who need it for opioid abuse currently receive it.
At the ARCs, it’s getting people used to the idea of a drug and alcohol-free life that can be most challenging. Attrition at the rehab centers is highest in the first month of the program, according to Chamlis. “We try to give people in the first month a lot of extra attention to help them get assimilated into our culture,” he said.
Support at the center during the first six months of the program (phase one) includes everything from housing, to Bible study, to reading materials, and counseling. The centers often work with local partner organizations and are advocates of the 12-step programs offered through Narcotics Anonymous and Alcoholics Anonymous.
Phase two begins when participants begin to seek employment and set up a lifestyle for themselves, said Chamlis. Phase three is when participants begin working or providing for their families, and phase four might include transitional housing.
While 15 percent of participants leave and come back for a second stay in Anchorage, there are plenty of victories to celebrate for those who graduate, Chouinard said.
“They’re lost when they come here,” he said. “Their health is declining, they may have liver damage or brain damage from using drugs. But God helps their bodies heal. They learn how to be sober.”