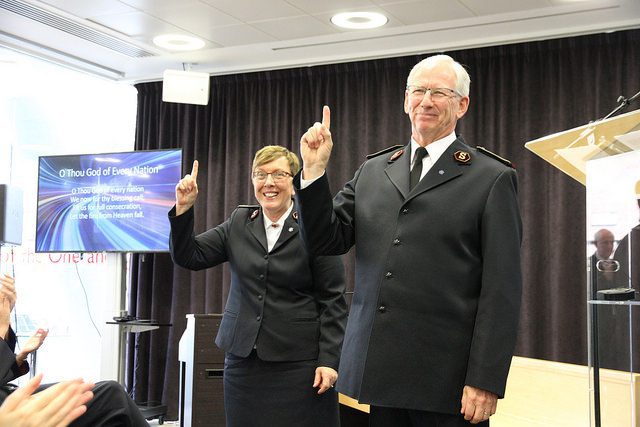 The meeting was also the first in their new appointments of Chief of the Staff Commissioner Lyndon Buckingham and Commissioner Bronwyn Buckingham, World Secretary for Women’s Ministries.

The Chief brought what Commissioner Dawn Heatwole, International Secretary for Mission Strategy, described as “a warm group of people; a warm fellowship” into God’s presence with a reminder to “celebrate God’s presence here today…he is here.”

Welcoming the new international leaders, Colonel Lisbeth Welander, Under Secretary for Program Resources, spoke about Moses being acknowledged as “one of the best leaders.” He was, she said, “victorious as long as he made himself dependent on God.”

She referred to the occasion when Aaron and Hur physically supported Moses’ arms while the people of Israel were in a battle, saying: “We will support you and stand with you—and give the glory all to God.” 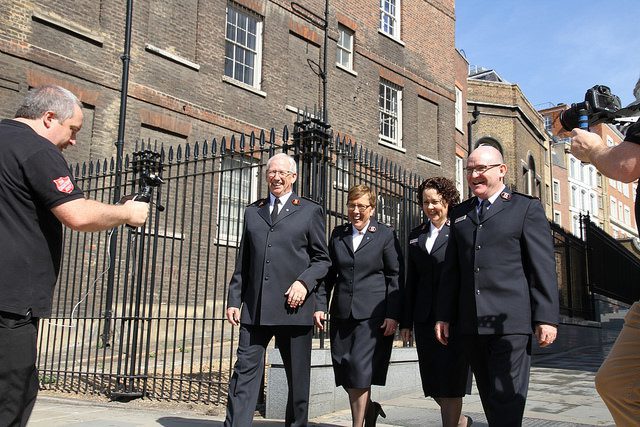 Kevin Sims from IHQ Communications shared some comedy but also brought thoughtful moments by sharing an original poem written for the new leaders and “Better World,” a poem by one of the General’s predecessors, John Gowans.

Ian Cook of the Americas Zone welcomed the “four leaders chosen by God,” revealing that Peddle is the 14th international leader he has known. He spoke warmly about working with the Peddles when they were zonal leaders at IHQ, adding that their focus was always “on the mission.”

Giving a prayer of dedication to God for the new leadership team, Commissioner Benjamin Mnyampi, International Secretary for Africa, recognized that the Lord had “been in the business of preparing them.” He prayed: “Hold their hands, Lord, and may they see you working in and through them.”

Rosalie Peddle spoke about the “incredible privilege and honor” she and the General felt in taking charge of The Salvation Army. She added that she couldn’t think of a better place to be than “here, with our IHQ family.”

She shared that she had a moment when her “heart and mind became preoccupied with the enormity and scope of the new role.” At that point, she said, “God told me: ‘You can’t, but I can!’”

She recognized the huge prayer support that was being offered from around the world, and concluded with a challenge: “As God’s people unite in prayer, join in the fight for the right!” 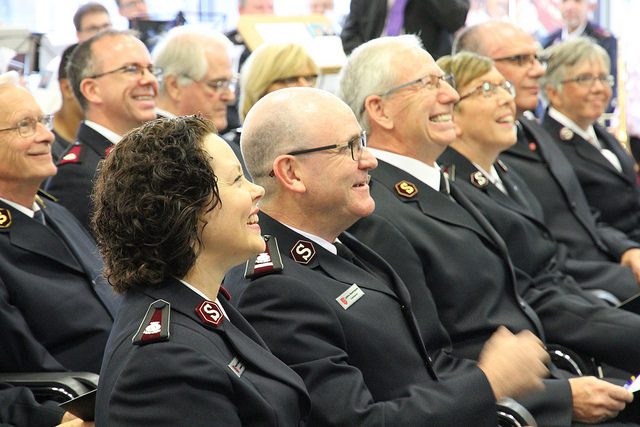 Moments of praise and worship were followed by a response from the General, who told IHQ staff and officers that he was “delighted to have another chapter to write with you. People of IHQ, you are our team. This is not an ‘us and them’ task—we will share together the wonderful things God has in store.”

He paid tribute to his predecessor, Retired General André Cox, and Commissioner Silvia Cox for the willing and helpful way they had worked with him and Rosalie Peddle, leaving “a legacy that we can step into.”

He described Commissioners Lyndon and Bronwyn Buckingham as “people of character and value” and, talking about the way that things had fallen into place since he had announced the appointment of his Chief of the Staff, the General said that “all that has happened has God’s miraculous imprint on it.”

Then, looking back on his 41 years as a Salvation Army officer, he made clear that the potential he was now realizing was only possible “because I said ‘yes’ with no conditions.”

Referring to the promise in Isaiah 41:10 where God told his people not to be afraid or dismayed because he would strengthen, help and uphold them, the General declared: “I am not afraid! And I don’t anticipate being dismayed!”

In her words of benediction, Bronwyn Buckingham thanked God that the General and Rosalie Peddle had been “willing to say their next yes.”

When the meeting concluded, the congregation and leaders made their way to the IHQ cafe to share together in relaxed fellowship over a meal.