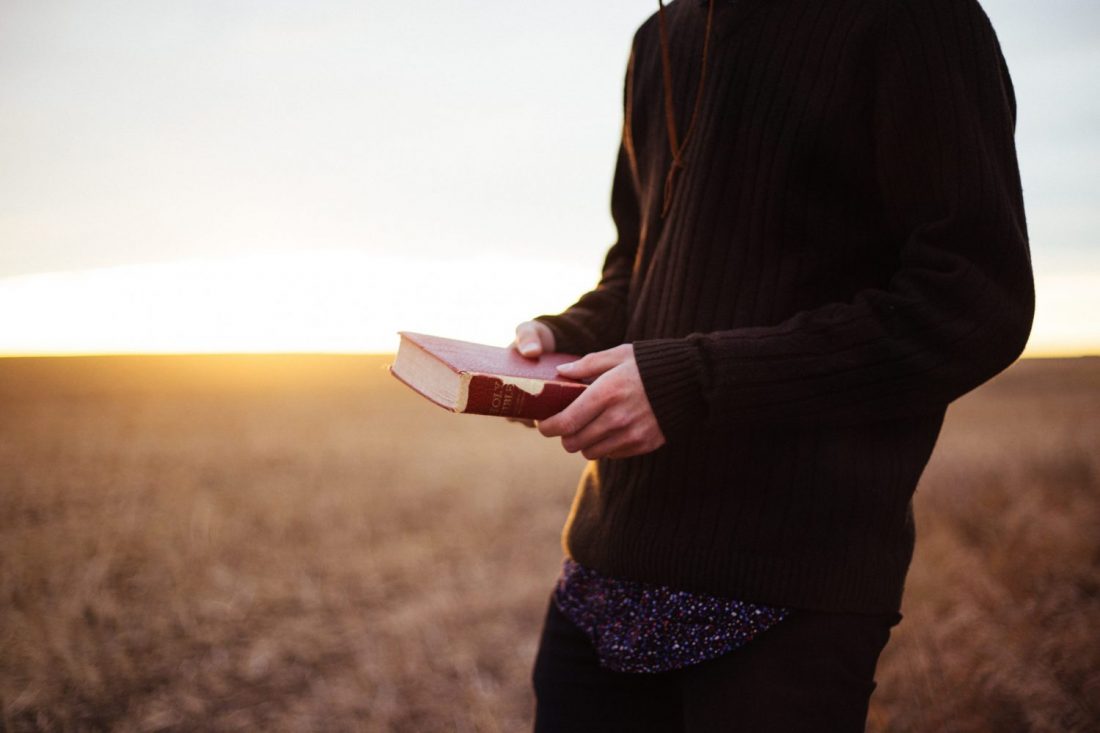 My calling during COVID-19: Go all in

A part of me is enticed by the thought of staying “socially distanced” and using this as leverage to commit to nothing for a while. Yet, the commitment of following Jesus doesn’t just give in to the temptation of nothingness in social distancing or Netflix on the regular. Jesus calls on us to go all in and go all out for God and his will. He calls on us to be creative and equally as passionate for lost souls and discipleship. The Bible says things like “give our bodies as living sacrifices” and “love the Lord your God with all your heart and with all your soul and with all your mind.” So what now?

Now, in our world of uncertainty, is the best time to be certain about our walk with the Lord. Below are three Scriptures to chew on while we contemplate our calling to go all in for Jesus, especially while the world is at a standstill.

Behind the scenes: Persevere under pressure

The Israelites, God’s chosen people whom God saved from the chains of slavery in Egypt, were about to cross into the Promised Land. This was a big deal, especially considering the previous generation would have told them about this day. God’s provision of the law and sustenance throughout the wilderness was culminating to this very moment where a river had to be crossed—a dangerous, symbolic barrier between the past and the promise.

In times of exhaustion, confusion and doubt, it can be easy to hold back, but someone must go first. Someone must test the waters to see the words of God fulfilled. If not for the priests, who mediate for the sake of the people, how else would the people see the dream come true?

Be like the priests, who succumbed completely to the weight of the task. They bowed their heads in humility. Their personal testimonies are nowhere to be found, but everyone knows about these priests because they were first. This is faith under pressure.

Don’t be afraid to trust God’s Word over all else, even if it defies logic. Go like you’re going first (don’t wait around for someone else to do it). Imagine if everyone waited around for someone else to go first and go all in—go all out—for Jesus. Maybe we wouldn’t be here today. I know I wouldn’t. Now, imagine if we held back our love and outreach to those most vulnerable in times of pandemic and chaos? Who else will go for the lost, if not us? To hesitate might mean forfeiting our place as a kingdom of priests called to minister to those in need.

Beyond the surface: The pathway has a price

The first disciples left behind their livelihood to follow Jesus. Better yet, they left their jobs in a flourishing economy (fishing in Galilee—middle class jobs). Remember the rich man story? Jesus said the one thing he still “lacked” was that he had to sell everything, give it all to the poor…and then he could follow Jesus.

They also left their families. Many Jewish teachers in Jesus’ day felt that the greatest commandment was to honor one’s parents. To abruptly leave behind one’s family and the family business was a great sacrifice that went against everything the culture taught.

But still, they left “at once.” The immediacy of their choice gives an indication of the seriousness and level of commitment required of the disciples right from the beginning. What is holding you back from dropping everything and going all in?

Beyond the surface: Indifference means you’re no different than the world

Read what Scripture says in Revelation 3:15-16.

There are many studies that have been produced on this passage, but for the sake of this study, let’s just get to the point: God is asking for full-time, onward marching, fiery Christian soldiers to wage war against the devil and injustice in this world. An army that hides and holds back is inevitably going to lose the war. You’re either fighting on the frontlines of the spiritual battle or you’re watching from the sidelines.

Whether during the age of COVID-19 or in any other storm in life, let us be the kind of church that leans in to God’s promises and never looks back. May we be part of the ranks that step forward in faith, trusting in God’s provision of the past and his promises ahead. As I look back on my faith-walk, I pray that I don’t miss out on having prayed harder, worshipped louder, shared the Gospel, intentionally made disciples and loved recklessly.

Go all in by going all out for the Lord. We might not have tomorrow, so jump in. Go heart first.

Lt. Jeff Walters is the Divisional Youth Secretary and Men’s Ministries Secretary in the Hawaiian and Pacific Islands Division.