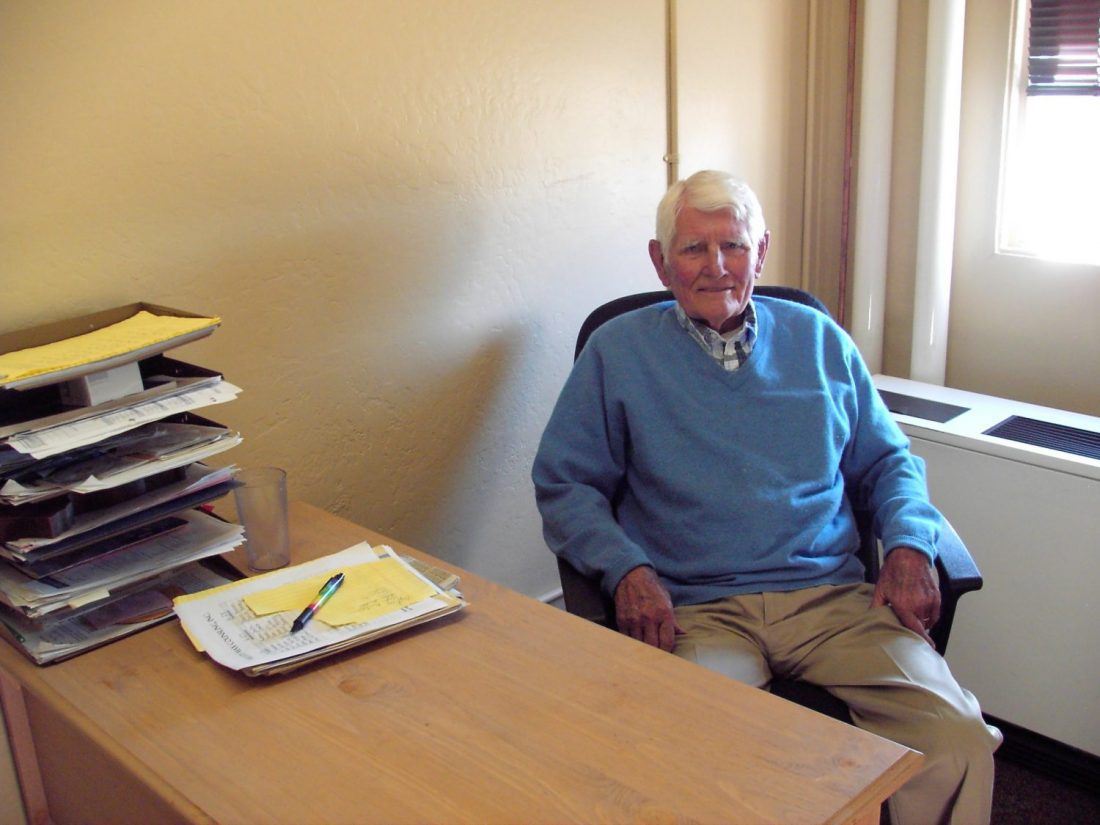 A resident of The Salvation Army Lytton Springs Adult Rehabilitation Center (ARC) in Healdsburg, Calif., enters a small office and closes the door. Behind the desk a sturdy, white-haired man stands and greets him with a firm handshake and a smile, “Hey, Jesse, how’re you doing?” For the next 40 minutes, the resident, a recovering addict, will have the undivided attention of this counselor, mentor and prayer partner—someone deeply invested in his successful recovery.

The counselor is Max Dunn. He is 90 years old.

Dunn’s involvement here began in 2006 when the program director asked him to join a group of volunteer counselors who meet weekly with beneficiaries. Dunn found, quite unwittingly, a place where his own life experience and heart for ministry could bless men with difficult backgrounds.

His resume details a long business career in Southern California. After retiring, Dunn and his wife, Carolyn, both entered Fuller Seminary to pursue graduate degrees. He received a master’s degree in world missions in 1987, traveling to over 15 countries on short-term missions trips during that time.

“We saw miracles in some very dark places,” Dunn said of those trips. He and Carolyn relocated to Healdsburg, Calif., in 1991, and he became deeply involved in the building of a much needed new medical center in town, serving as CEO for 15 years.

Then came the invitation to Lytton Springs ARC.

Over the years, Dunn’s counseling load has increased. During the course of a month, he sees 36 men—about half of the total beneficiary population. Tom, who is going through the program for a second time, said, “His effort here is enormous. We’re in awe of what he does, and he’s doing it for free! This place would not be the same without him.”

In addition to counseling, Dunn teaches an anger management course once a week, which every resident is required to attend. According to Dunn, this eight-week course comes up in almost every conversation with the men who appreciate the instruction on passive/aggressive behavior. One beneficiary would, in his words, “beat myself up” after angry episodes. He carefully repeats the steps he’s now learned: “Write out the situation, recognize that you’re angry, communicate what you’re thinking, and recognize that you are not abnormal.” Dunn also encourages beneficiaries to write letters of forgiveness and has seen estranged relationships mended.

Upon graduating from the program, Dunn gives each man an olive wood cross. Patrick, tall and ponytailed, said, “He gives love and sincerity. He means what he says. He’s honest. The men who receive the crosses never lose them.”

Dunn’s concern for the men post-program is just as strong.

“The most important thing for a graduate to have is a job,” Dunn said. “The enemy of the graduate is idle time.” He helps the men look for work, encouraging many to write resumes. He then collects the resumes, puts them in a binder, and approaches businesses on their behalf. Dunn often gives his phone number to recently graduated beneficiaries with instruction to call anytime.

One beneficiary, Mark, was especially impacted. “I just completed the anger management class. At the end, everyone expressed how they felt about Max. I shared how, after a few sessions, he asked me, ‘Do you know what’s going to make you relapse?’ I thought it would be anger or guilt.