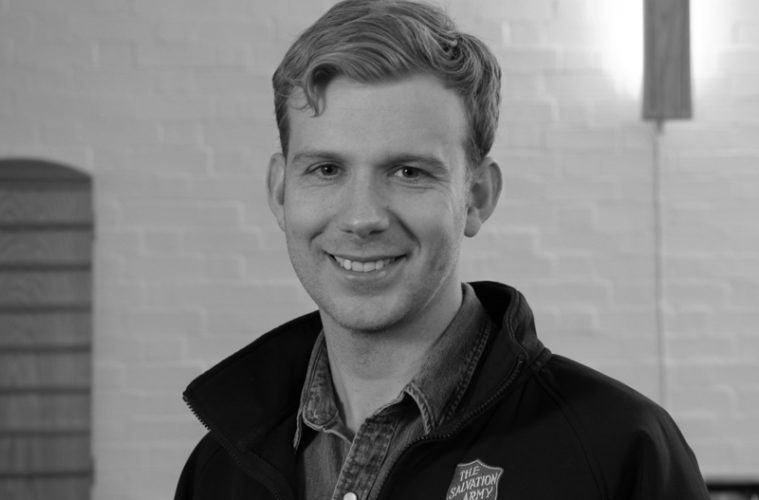 Photos courtesy United Kingdom Territory with the Republic of Ireland

He and his wife, Rebecka, have been confronted with the challenges—but also the triumphs—that come with serving an ever-evolving population of both longtime citizens and asylum seekers since inheriting the Keighley Corps in England three years ago.

“I am not an expert in this,” he said. “I am learning all the time. But I do know our corps has been on a long and transformational journey.”

That journey has involved everyone, Cotterill said, because the corps itself has become largely asylum seekers, rather than a corps who serves them. It started with a Middle-Eastern man he calls Fara (a pseudonym), who arrived in 2015 in the small town of Keighley—about five hours north of London—with his family seeking help.

A year later, as more and more refugee families and asylum seekers began to show up at the food banks, Cotterill reflected on how to best respond. People were coming from all over the world—pilots, Embassy staff, farmers, pharmacists, nurses. He realized their needs far exceeded the food being provided; they were in need of safe shelter, support in learning the language, and spiritual care in overcoming the wounds of their often traumatic experiences fleeing their homes.

He enlisted the expertise of Fara and other community members familiar with the struggles of arriving in an unknown place to meet with the families over lunch, launching the Keighley Sanctuary Networking Group. The lunches have continued weekly ever since.

“People were saying, ‘for months, I thought I was the only asylum seeker in this town!’” Cotterill said of the ongoing group gatherings. “We’ve been able to help with housing, education, legal issues, medical issues, social issues…and five of them now play on my football team!”

From there, something even more transformational took place. Many asylum seekers integrated into the wider Salvation Army community, whether it was into the toddler church, or small groups, or as volunteers. “The church community is a great and natural place to absorb asylum seekers, to integrate them and welcome them, and empower them,” Cotterill said.

For him, empowerment comes from a background in international work. After earning a master’s degree in global studies, he went to work in international development for The Salvation Army in Sweden, India and International Headquarters (IHQ) before becoming an officer in 2014.

He said it’s this global mindset that has helped inform his work with refugees. It’s also helped him recognize why some members of the local community aren’t yet open to welcoming what they consider to be “foreigners” into their church family. Poverty and high unemployment in the area have led to a scapegoat mentality against outsiders.

“Some members of my town where I serve have seldom spoken to anyone from another country unless it was the taxi driver,” Cotterill said. “For me, it’s like breathing, I’m energized by meeting people from other countries. My education and experience have also helped me understand cultural nuances that have helped me in my ministry.”

The ministry is evolving, too. The service was recently held in Farsi for the first time, and three asylum seekers have offered to become officers.

Last summer, they hosted an international party for the corps, where cuisine from all over the world was served. People of all different faiths, ages, and backgrounds joined together and mingled. A lifelong member of the corps approached Cotterill afterward: “Ben,” he said,“This was like Heaven on Earth.”

It’s that kind of profound reaction that gives Cotterill hope that The Salvation Army will continue to lead the way in helping to solve the refugee crisis around the world through its commitment to meeting those in need.

“The solution for us was to be bold, decisive, and make space to follow where God was clearly leading us,” he said. “We had to start from scratch. If God is leading your corps to it, then go for it. Find partnerships that work. Pray God will give clarity, even if it’s not popular.”