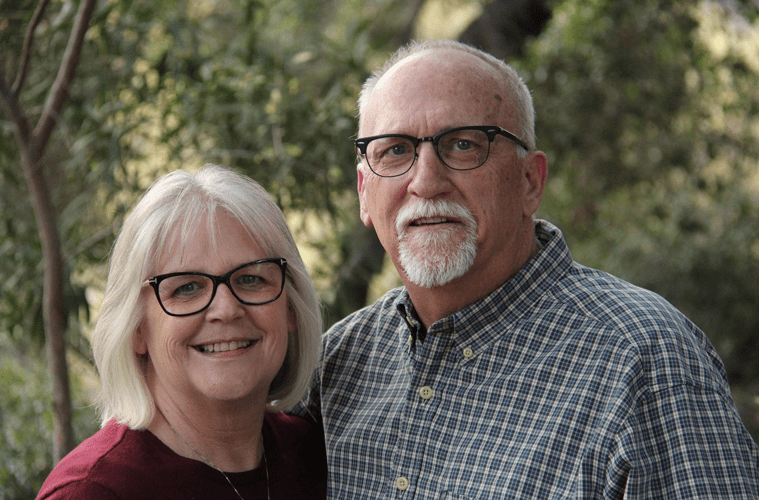 I know prayer healed my cancer

The date was December 7, 2017—another day that will live in infamy…at least for me.

I follow the doctor’s orders: cut out sugars and carbohydrates, which causes some weight loss, but apparently 30 pounds in about 45 days is a little too much. That’s when my doctor suggested a CT scan to see if anything “telling” showed up. So, again, I did as I was told.

I’m not sure why, but I asked my wife to join me for the big reveal of my CT scan on that fateful day. Mind you, up to this point, I had been a fairly healthy person other than the typical aging aches and pains. As we sat in the exam room waiting for the doctor to come in, Millie and I had a typical conversation. What are we getting the kids for Christmas? How much are we spending on each other? What do you want to do for dinner?

The doctor entered carrying an envelope, which he hadn’t looked at yet. As he took a minute to review the results, I continued to look at the posters on the exam room walls. And then I remember his exact words: “Oh, my. You have a rather large lump on your pancreas. That’s not good. That looks like cancer.”

From that moment on, my mind immediately went into a state of panic. I froze as Millie continued to ask questions of the doctor. I know how fast people with pancreatic cancer die. I do remember asking him how much time I had left, to which he said, “If you do nothing, we’re talking four or five months.” This was not something I was prepared to hear.

As you can imagine, the questions Millie and I had changed quite a bit. How are we going to tell the kids? What do you want to do in the next four months? Merry Christmas? I read everything I could about options—chemotherapy, surgery and the option to do nothing. I found absolutely no positive outcomes. All paths seemed to lead to, as we say in The Salvation Army, a “promotion to Glory.” The end.

We left town for a Salvation Army camp near the beach for a time of thought, planning and prayer. I was in a zombie state of mind until we drove through the gates of camp and headed up to the cabin we would be staying in. At that point, my eyes caught a glimpse of the cross on the hill. That brought a lot into perspective.

For the next few weeks, I did everything the doctors told me to do, while also going through the motions of our role as ministry leaders of a Salvation Army corps. After each of the four biopsy surgeries, we heard the same words: “We know there is cancer there, somewhere, but we can’t find any malignancy”—which means no cancer! The doctors call me “an enigma.” Everyone in the medical offices look at me in wonder, as if they’re thinking, “He’s still around.”

Up to now, I have failed to tell you why the doctors couldn’t find any cancer. At a Christmas party with my five closest friends and their families, my cancer was the center of a time of healing prayer. Members of the corps and other friends also prayed for me during this time. Others filled in for me when I was too weak to do my job. We were confident in the healing authority of God.

Now, I know that there are skeptics, even in the church, who would say I never had cancer. To them, I can show the CT scan images of the 17 millimeter cystic lesion on the head of my pancreas, but why? God is still a God of healing, and by the prayers of his people I am a recipient of that healing. Praise him!