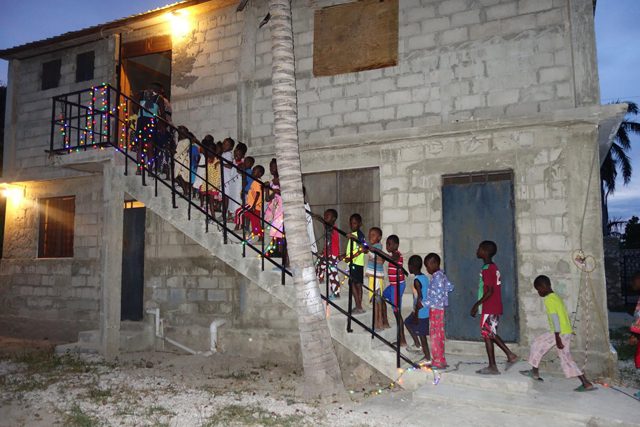 The Salvation Army mobilizes to provide relief in the Caribbean.

Hurricane Matthew landed early Oct. 4 on the southern shore of Haiti, bringing winds near 130 miles per hour, heavy rain and possible landslides.The Salvation Army has mobilized its resources and personnel there and in nearby Jamaica to assist with international relief efforts. Several Salvation Army schools on the south peninsula of Haiti are housing vulnerable individuals.

Haiti is still rebuilding its infrastructure after the 2010 earthquake that killed more than 200,000 people.

Potentially catastrophic flash flooding and storm surges are expected, which will increase the risk of typhoid, cholera and malaria. After the 2010 quake, another 10,000 people died from cholera.

The Category 4 storm is moving toward Cuba, the Bahamas and eventually Florida.

The Salvation Army has had a presence in Haiti since 1950 and currently operates schools, clinics, a hospital, feeding programs, children’s homes and church-related activities spread across two major facilities in Port au Prince and at other locations in the country. Jamaica was the first Caribbean nation The Salvation Army entered, bringing ministry, social services and relief efforts to Kingston in 1887. Over the past almost 130 years, those services have grown to include corps worship centers,  feeding centers, children’s homes, a vocational training home for women, a men’s hostel, a senior citizens’ home, a residential school for the blind and visually impaired, kindergarten schools, day-care nursery centers, community centers, a medical clinic and an addiction rehabilitation center for men. Currently, The Salvation Army in Kingston is serving about 200 people at its shelters.

Hurricane warnings are in effect across the region, and Caribbean Disaster and Emergency Management Agency (CDEMA) has placed its regional mechanisms on alert.

To help The Salvation Army in its relief efforts in the Caribbean, please donate here or at salar.my/Matthew.