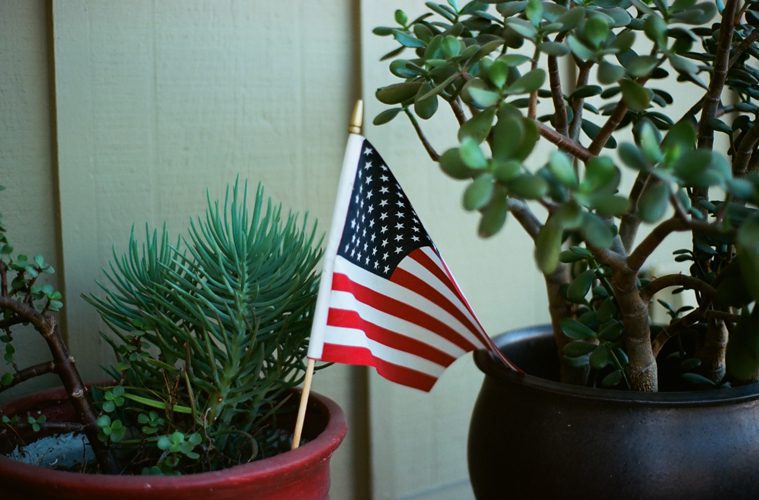 How to honor Memorial Day on your day off

As we head into Memorial Day, it’s easy to get caught up in the anticipation of the three-day weekend and poolside barbecues we have planned. But the significance behind the national holiday encompasses so much more than the day off.

Honestly, I didn’t really fully grasp the meaning of Memorial Day until our family became part of a military community. It was then I realized the full extent of the observance, and how impactful it is. It’s about honoring the countless members of the U.S. Armed Forces who have paid the ultimate sacrifice and given their lives fighting for our country.

Memorial Day’s roots date back to the years following the Civil War. It was formerly known as Decoration Day. According to the U.S. Department of Veterans Affairs, on May 5, 1868, the leader of the organization of Union veterans established Decoration Day as a designated time for the country to honor the war’s fallen by decorating their graves with flowers. Memorial Day became a federal holiday in 1971.

There are so many ways we can show our respect to military service members who lost their lives in combat on our day off this Memorial Day. So as you plan out your long weekend, here are some ways you can honor our nation’s fallen heroes:

What better way to show our respect to U.S. Armed Forces members who died in service than to support their families—known as Gold Star families? These families have gone through so much coping with the loss of a loved one. And by being there for them, we can show them they are not alone.

If you personally know Gold Star family members, do something nice for them on Memorial Day. This can be something as simple giving them a card or care package, cooking them a meal or inviting them to your Memorial Day gathering and hearing their stories—if they are open to sharing. Show them you care, and be a friend they can count on.

And if you do not know a Gold Star family, there are still ways to give. Volunteer with the Tragedy Assistance Program for Survivors (TAPS), an organization that provides services to military survivors including casework, education assistance, counseling services and more. Likewise, get involved or give to support The Salvation Army’s efforts on behalf of veterans across the U.S., that include providing shelter, counseling and support.

Take the time to read books and articles or watch films about the men and women of the military who have died serving their country. Learn their stories and share them with family members and friends, so they too, will know the selfless people we honor on Memorial Day. Honor their legacy and continue spreading the word. They are worthy of being recognized and remembered forever.

Look into Memorial Day events and ceremonies going on in your community and commit to attending to pay your respects to the people Memorial Day is all about. If you live near a military installation, check out the beautiful and emotional ceremonies taking place. Most cities will also have Memorial Day observances for the public to take part in.

If you want to go the extra mile, volunteer your time to help in any way needed to make the event a success. And if there aren’t any city-wide events in your community, reach out to your city officials or local veteran organizations to see what you can do to make one happen.

Visit cemeteries and decorate the graves of our military heroes

Go back to the traditions of when Memorial Day first began, and make a trip to a cemetery on your day off to decorate the graves of military service members who were killed in the line of duty.

You can adorn their graves with flowers and flags. And you can also make cards with your family and friends, thanking them for their courage and sacrifice, to place on their graves as well.

Take part in the National Moment of Remembrance

Remember to stop what you’re doing on Memorial Day at 3 p.m. local time for one minute to take part in the National Moment of Remembrance. Established by Congress, the observance is meant to promote national unity in support of the military service members who lost their lives serving the United States of America.

When the time for National Moment of Remembrance comes around, pause and reflect on the lives lost. Think about their bravery, loyalty to our nation, and how these men and women put everything on the line to ensure our freedom. They deserve that and so much more.