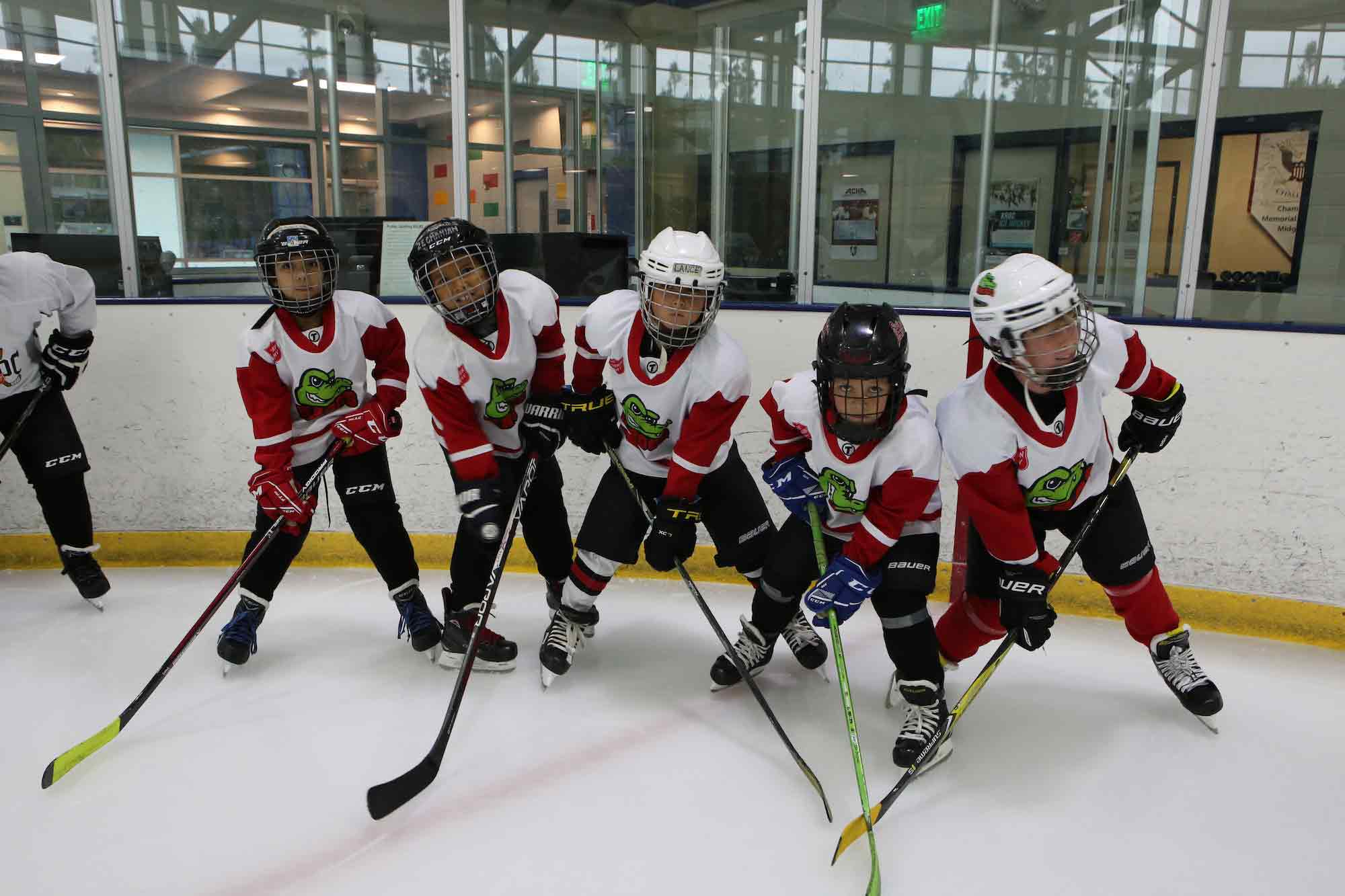 From public skating hours to ice hockey teams and figure skating lessons, there’s something for everyone at Kroc Center Ice.

Included in her vision? An affordable year-round ice skating rink for the community for activities, like figure skating and hockey.

“Joan Kroc grew up ice skating and she [attributed] the sport to building her self-esteem that helped to lead to her success in life,” San Diego Kroc Center Director of Marketing and Partnerships Glynis Eckert said.

When Joan Kroc heard of Kroc skaters not only competing in competitions but placing higher than other skaters from long-standing programs, she was elated, Eckert said. “This reinforced the idea for her that given the opportunity a youth could succeed in everything from ice skating to junior theater,” she added. 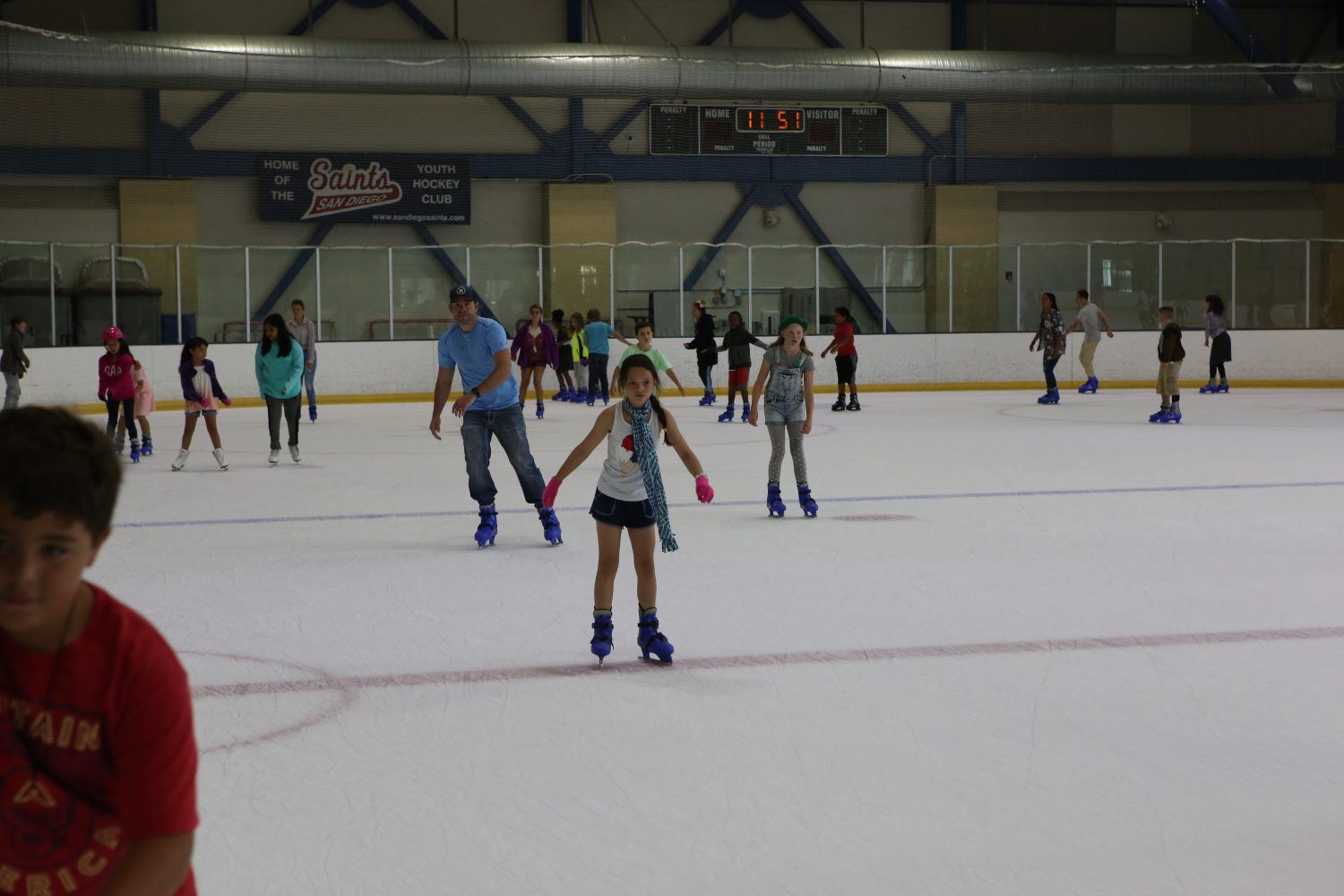 “It’s like a home away from home,” Luana said. “It just brings me joy.”

Luana said one of her favorite memories at the ice arena is when she landed her first single axel, often considered the most difficult figure skating jump as it requires more than one full rotation in the air.

Since then, Luana has gone on to compete at higher levels and even qualified for the National High Performance Development Team in 2021.

One day at the Kroc Center Ice arena, Luana said she noticed a box for prayer requests. “I wrote down ‘When I get older, I want to win the Olympics and become an international skater,’” she said. After leaving her prayer request, staff at the arena reached out to let her know that they would be praying for her dreams to become a reality.

In April, Luana achieved her goal of becoming an international skater after traveling to Italy to compete in the 2022 Egna Spring Trophy, where she placed 5th out of 21 skaters in the Advance Novice Girls event, representing Team USA. 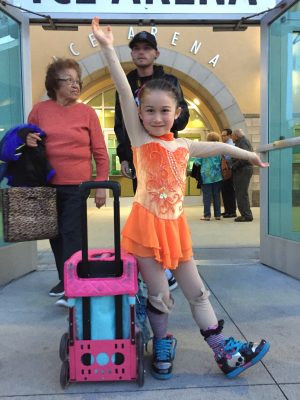 Competitive figure skater, Luana Stein began skating at the Kroc Ice Center when she was only 6-years-old and now has advanced to compete internationally representing Team USA. Courtesy of Maki Stein.

“When I competed, I didn’t feel nervous at all…it was almost as if it were a regular competition, but my body knew it wasn’t,” Luana said. “It was truly amazing.”

To other kids who may be interested in learning how to figure skate, Luana said, “In the beginning, it might be hard, but you can’t give up. Eventually, you’ll realize how touching it is to have that opportunity to be on the ice.”

In 2018, Grecia Bocharov began serving as the ice arena’s hockey and mission integration manager, a position he said was created uniquely for him to combine his theological and ice hockey education.

“For me, as a Christan hockey player, that’s the perfect scenario [of combining] two things that I love: hockey and God,” Bocharov said. “It was my dream job that came true.”

Prior to immigrating to the United States to study theology, Bocharov studied ice hockey for three years in Russia and even played professionally for a team in Moscow.

“I’ve played hockey all my life,” Bocharov added.“When I was a little guy, my dad took me to a hockey game and one of the players’ sticks broke in half,” he said, mentioning how during intermission he went down to the team’s manager and asked for the broken stick. “We went home, cut the broken part off and then I took that stick to the preschool and other kids started bringing their sticks, too, and that’s what we did at recess…That’s how my love for the game came about.”

During Bocharov’s first season at the arena, he said he helped to facilitate a “huddle program,” where at the end of practice teams huddle together to discuss a Bible verse. “Then we ask them if they have any thoughts or ideas,” he said. “Usually, I would ask, ‘What does this verse mean to you?’” 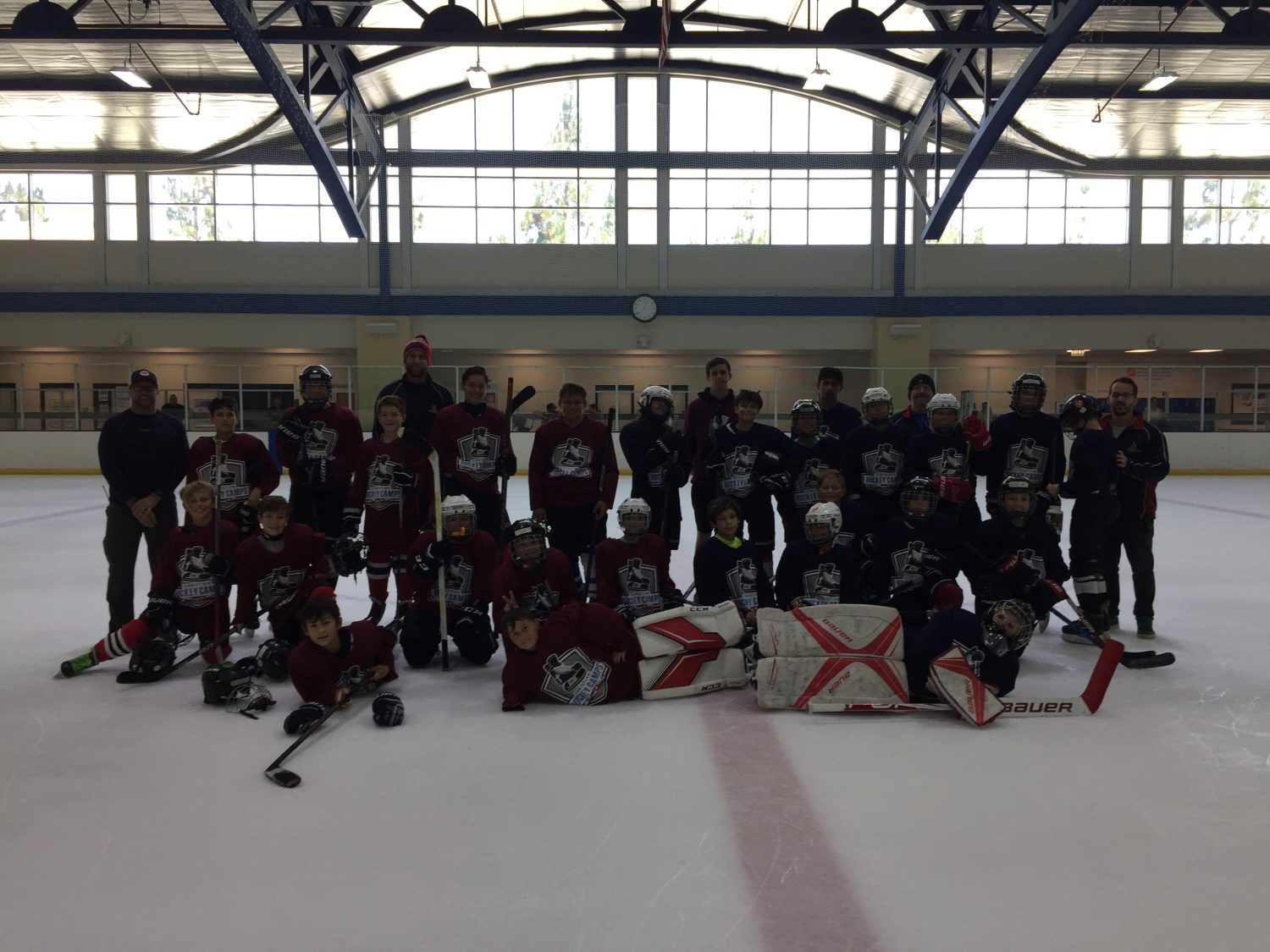 In addition to overseeing year-round hockey leagues, Bocharov also helps to run a summer day camp for youth hockey players. “It’s the highlight of my year to run that camp,” he added.

At the camp, Bocharov said two to three times a day campers engage in huddles where the gospel is discussed. Then, at the end of the day campers attend a chapel service with an altar call to summon those wishing to show their commitment to Christ. “That’s probably the biggest joy, to see kids accepting Christ for life, like I did many years ago,” he said.

Through his work, Bocharov said he wants to show kids that they don’t have to “put aside their Christian beliefs” in order to pursue professional careers in hockey. “You can still be a Christian and aspire to make it into the NHL (National Hockey League).”

Kroc Center Volunteer Rene Mendoza said growing up in central Los Angeles, he “never had the opportunity” to explore sports like ice hockey.

Then, after moving to San Diego and starting a family, Mendoza joined an adult hockey league at the Kroc Center Ice arena.

After seeing how much he enjoyed ice skating and playing the game, Mendoza enrolled his son in the youth hockey league for players 8-years-old and under.

“It’s funny,” he said. “I feel like I’m learning as he’s learning. I’m maybe four steps ahead of him.”

In addition to volunteering his time to support his daughter who plays in a Kroc soccer league, Mendoza said he decided to volunteer during his son’s lessons. “It’s fun to see his growth and have that joint experience together,” he added.

For Mendoza, his favorite part of volunteering at the ice arena is getting to see his son score goals and practice the skills they are learning together.

“Seeing how happy he is and how proud of himself he is…that’s pretty amazing,” he said.