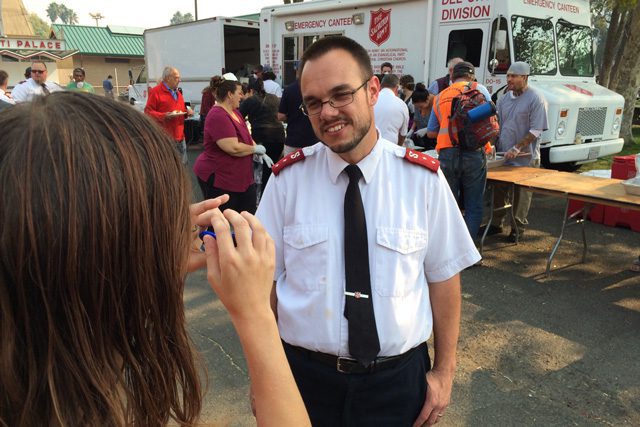 How The Salvation Army helps after the fire

The Salvation Army is 10 months into its three-year plan for Northern California fire victims.

Nearly a year after the devastating Northern California fires blazed through Santa Rosa and Napa, California, many residents are still feeling its impact after losing so much, including homes, jobs and belongings. But they’re not alone.

The Salvation Army Del Oro Division has a three-year recovery plan in place to help them get back on their feet as they piece their lives back together.

“The goal, at the end of the day, is to be able to get as many of these folks established into self-sufficiency,” said Joye Storey, Del Oro Divisional Service Extension and Emergency Disaster Services (EDS) Director. “We can’t necessarily get them exactly where they were before the fires started, but we can help get them transitioned into their new normal.” 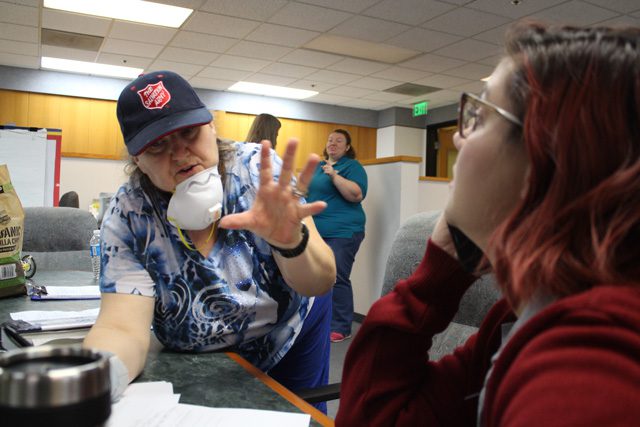 Salvation Army staff and volunteers interact with victims of the Santa Rosa fire in October 2017 during initial response efforts.

According to Storey, The Salvation Army received approximately $3 million in donations for areas affected by last October’s fires. Some of the funds were earmarked for the long-term recovery plan for Napa and Santa Rosa. The remaining funding will be used as needed by all the Northern California areas impacted by the fires.

Part of the recovery plan entails meeting every six months to assess what the critical needs are of the fire survivors. Right now, the focus is on providing housing and employment assistance, however, it is flexible.

Amy Mefford, Del Oro Long-term Recovery Coordinator, said the main response efforts vary in both areas. The primary need in Santa Rosa is housing assistance for those who were underinsured, while the struggle for many Napa residents has been income loss for people who lost their jobs at the vineyards.

“These clients are coming in broken and not knowing where to start,” Mefford said. “We’re helping them with a small piece of their recovery.” 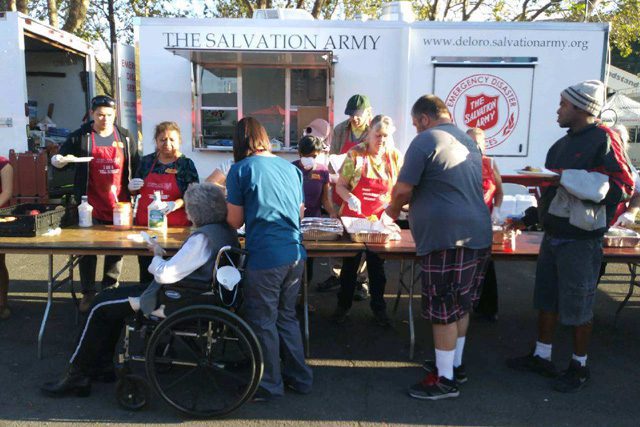 Among these fire survivors is Jennifer Haney, a Napa resident who, shortly after the fires, found herself unemployed and facing a divorce as a newly single mother to a son with special needs. She worked for an independent wine tour company that went out of business after the fire, and hasn’t been able to secure a job since.

“I was very close to losing everything. It’s still a very fresh wound,” Haney said. “If you’re from this area, there’s no way you could have not known someone who lost everything. ”

The Salvation Army offered her assistance with gift cards for essential household items and food, and connections to counseling services to help cope with the emotional trauma of the fire.

“The intricate levels they go down to see that people can have some semblance of normalcy is pretty amazing. The continued care is remarkable,” Haney said. “I’m very thankful.”

After being helped, Haney said she wants to give back by becoming a Salvation Army employee or volunteer.

“I want to be able to pay this forward,” Haney said.

Storey also recalled helping a man who lost all the tools he needed for work. The Salvation Army stepped in to help replace them.

The division also sent 35 kids from families affected by the fires to Camp Del Oro in July, and provided back-to-school assistance with clothing, backpacks and supplies.

Storey wants survivors to know they won’t just be tossed a gift card and left to their own devices.

“We are there with them every step of the process,” Storey said. “They have an agency and people who are going to be with them for the long haul. We are going to give them that personal connection with someone who can help guide them on whatever that next phase is for their journey.”