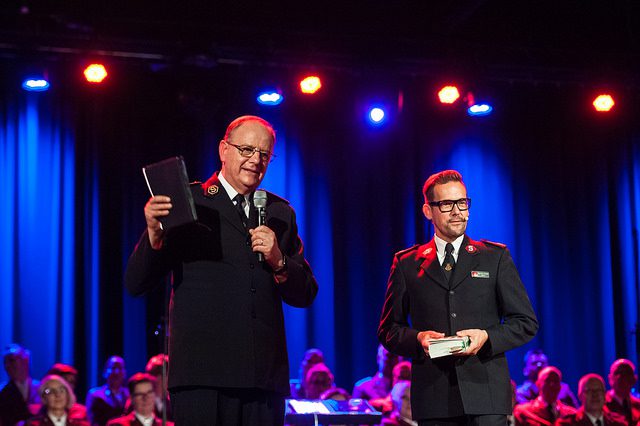 The General visits The Netherlands and Czech Republic

“We are one Army with one mission: preach the gospel and meet human needs,” Salvation Army General André Cox said to more than 200 leaders of The Salvation Army—officers and employees—on the first day of his visit to The Netherlands, Czech Republic and Slovakia Territory. Joined by Commissioner Silvia Cox, World President of Women’s Ministries, for a weekend of reflection, mobilization and celebration, the General challenged Salvation Army leaders in The Netherlands to reach out to their communities, because “people need God!”

In the opening session at The Salvation Army’s Belmont Hotel in Ede, the General stressed that officers, Salvationists and employees have the same mission. 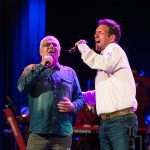 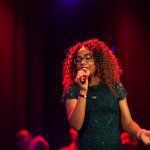 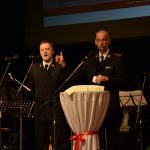 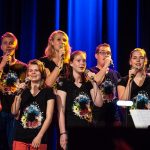 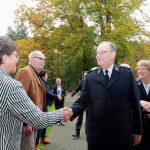 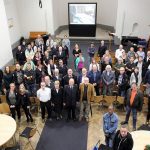 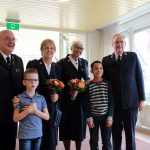 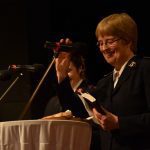 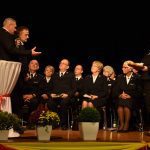 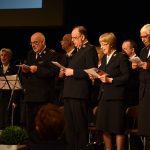 Later the Coxes visited “The Connection”—a meeting point of the corps in Apeldoorn. A highlight of the day was the opening of four new apartments for residents of an addiction treatment clinic, offering a place for them to live on their own while receiving guidance and protection.

Ed lives in one of the apartments and is happy with the help of The Salvation Army.

“I have lived on the streets for over 25 years and seen a lot of clinics,” he said. “Now I am doing great, but I know things can easily go wrong.”

The General participated in several workshops, answering questions and sharing his dream about The Salvation Army being a force for good deeds, change and positive transformation.

The next day, almost 200 active and retired officers gathered at the Belmont Hotel for the annual officers’ congress.

The international leaders’ visit to The Netherlands concluded at a gospel celebration attended by 700 people, including the mayor of Ede. The evening began with the Amsterdam Staff Band and Songsters, together with the national youth band, J-Unit Youth Choir and dance group Custom Made performing “Celebration of Contemporary Gospel Songs,” which ended with the entire congregation singing “To God be the Glory.” The celebration continued with a “One Army” emphasis and included clients from the the Army’s social services who, accompanied by the staff band, brought the congregation to its feet with a medley of popular Dutch songs. The General gave a short challenge and the evening ended with all participating groups on the platform, leading a massed singing of a modern version of “Greater Things.”

Early Sunday morning the Coxes, supported by territorial leaders Commissioners Hans and Marja van Vliet, flew to the Czech Republic to meet with Salvationists and friends from the Czech Republic and Slovakia. About 300 people filled a rented hall in Brno, excited to worship with the international leaders.

Captains Josef and Stáňa Knoflíček, coordinators of the work with Roma in Slovakia, welcomed the General with the traditional sharing of bread and salt. They explained that the bread symbolizes the Bread of Life—Jesus, who will satisfy the deepest need—and the salt, which gives taste to everything, is a symbol that Christians should be the salt of the earth.

In his Bible message, the General noted that while many people think it doesn’t matter if you believe in Jesus or how you view him, Christ is the only mediator between God and humans. Jesus, he said, is important for all people.

People reacted to the General’s message with cries of “Hallelujah” and “Amen,” and the mercy seat filled up again and again as people went forward to pray.

Before the meeting ended with the Founder’s Song (“O Boundless Salvation”), the children marched in, returning from their own program, singing: “The Army, the Army, continues to move forward,” to the melody of “Hosanna, Hosanna in the Highest”—a fitting conclusion to a weekend characterized by inspiration and blessings.

An interview of the General talking about God working miracles—including in his own life—can be viewed here (video in English with Dutch subtitles).