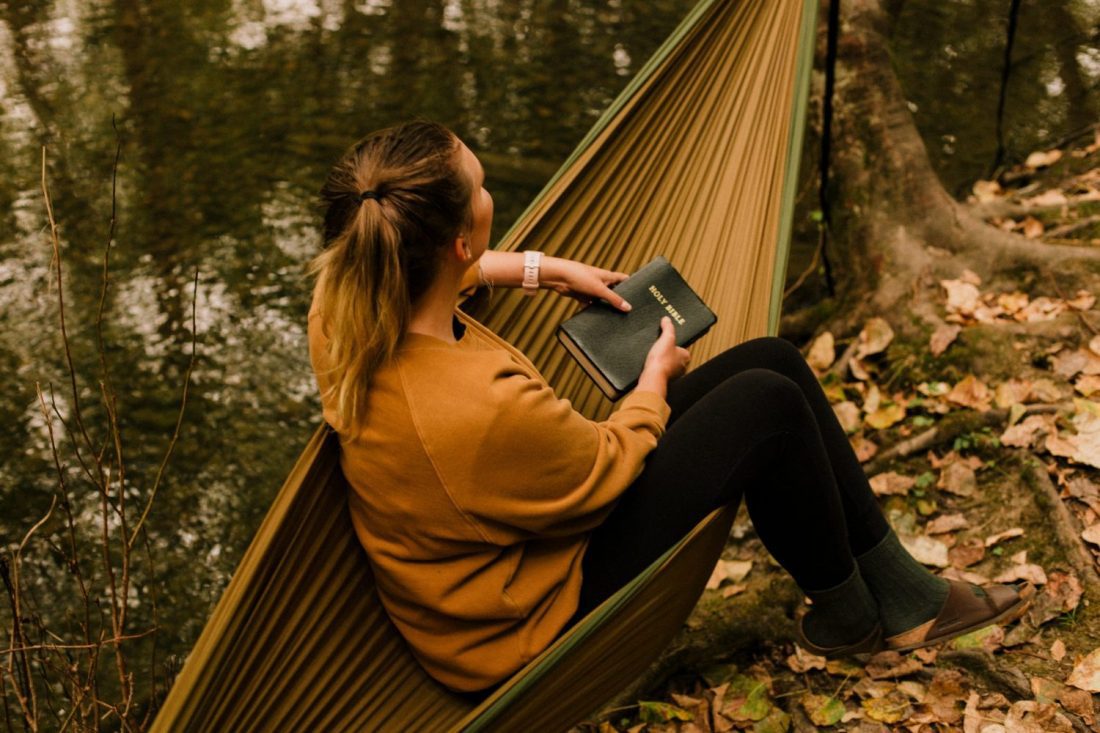 Follow me: A Lent reflection on life in Christ

As he walked by the Sea of Galilee, he saw two brothers, Simon, who is called Peter, and Andrew his brother, casting a net into the lake—for they were fishermen. And he said to them, “Follow me, and I will make you fish for people.” Immediately they left their nets and followed him. As he went from there, he saw two other brothers, James son of Zebedee and his brother John, in the boat with their father Zebedee, mending their nets, and he called them. Immediately they left the boat and their father, and followed him (Matt. 4:18–22).

I was brought up a Christian, and my faith became increasingly important to me in my mid-teens. Church fed the mystic dreamer in me, the teenager who was captivated by literature, old buildings and tradition, by the lives of the northern saints and their travels in faith out along the northern coast.

Church also fed the intellectual butterfly in me, the teenager who was longing to emerge from the cocoon of 1980s suburban Teesside. I found church to be a place that broadened my horizons spiritually, intellectually and socially, and that gave me a thirst for travel and learning.

This didn’t initially lead me towards ministry—vocations for women were not talked about or seen in any churches I attended. Instead, it led me towards graduate and postgraduate study at home and abroad.

It dearly mattered to me that I was going to be an academic. I desperately wanted to belong somewhere that seemed culturally not only out of my reach but even sometimes disdainful of students from non-traditional backgrounds like mine. As the first person in my family to go to university, and aware of some of the dissonance that cultural alienation brought, I decided that if I was going to do this I was going straight for the jackpot.

I completed a doctorate, was just about to start my first year as a lecturer in English at an Oxford college and was feeling pleased about the possibilities that were opening up, when a trip to deliver a conference paper took me via New York.

New York was vibrant and fizzing with energy in a warm late September 1997. It felt edgy and dangerous, more diverse and fast-paced than anything I was used to. I marveled at people who walked past me with characteristic New York style and confidence. While enlivened by the city’s buzz, I also felt lost and lonely.

Seeking sanctuary from the lively pavements, I stumbled into a large church and knelt to pray. The stillness descended and, as my eyes adjusted to the cool shade, I began to pick out the familiar sights: pulpit, cross, altar. I can’t quite describe what happened next, but I was acutely aware, to the point of being moved to tears, of God’s presence with me, and of a voice that told me to follow him. I knew at that point that I was being called into a new future, which would involve laying down what I had previously worshipped.

It would mean setting aside the affirmation I drew from academic achievement and starting again, empty-handed, trying to discern what kind of ministry God might be calling me to.

I had been a Christian previously, but the idea that following Jesus would make such a radical difference to my life was new. So too was a sense of giving control of my life to God rather than carefully plotting out a career for myself.

I also needed to admit that I had been wrong about what I had thought my path in life would be—and being a highly defensive person, I was not good at admitting that I was wrong about anything. Some of my tears were of joy, and some were of loss.

When we say yes to Jesus, our lives change. Jesus’ first call to everyone is to repent, for the kingdom of heaven has come near. And then in Matthew’s Gospel comes the double calling of the first disciples—first, Simon Peter and Andrew, then James and John—who are asked to lay down their professions—not only to hear the word of God but to act on it. Becoming a disciple of Christ involves a profound life change, saying yes to God and committing oneself to follow Jesus. I admire those four first disciples for so immediately laying down their fishing nets, leaving their boat and even leaving Zebedee, the father of two of them. I am still learning to lay down my life and to filter out the ever-present clamor of the world—to hear the voice of Jesus and to follow him alone.

Find a place of stillness—by the sea, in the woods or in an urban sanctuary—and take time to listen for the voice of Jesus. Ask yourself what you are being called to lay down. Where is God leading you? How is Jesus showing you how to fish for people?

Lord, I am good at mending nets; let me continue my work.

Lord, I can make a fine day’s wages fishing; let me feed my family.

Lord, there are people who depend on me, people who are expecting me home shortly; don’t make me let them down.

Jesus, I hear your voice; I don’t know what you are asking.

Jesus, your voice is churning me up; it is calling me not only to listen but to change.

Jesus, I am willing, but you need to show me the way.

Spirit, take my feet and plant them in Jesus’ footsteps.

Spirit, give me words to speak what burns in my heart.

Spirit, breathe your life within me and together we will fish for people.

Adapted from “Rooted in Love: Lent Reflections on Life in Christ” (SPCK, 2021), edited by Sarah Mullally. Used with permission.