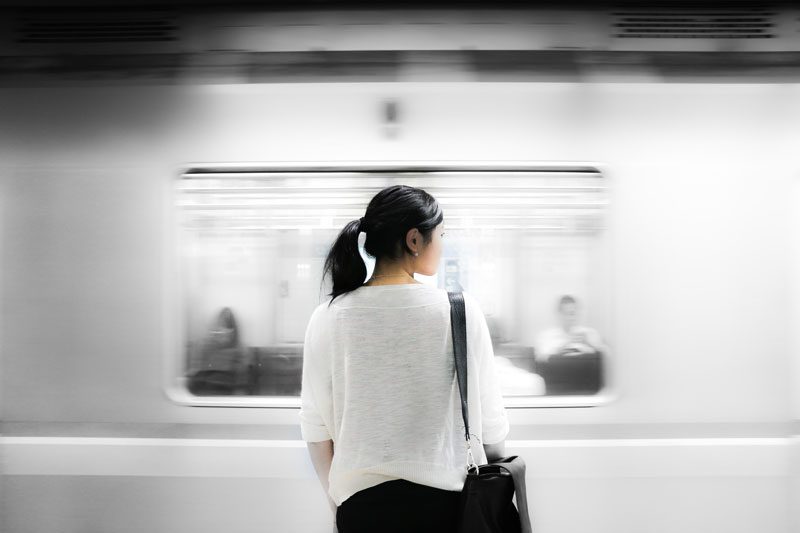 Have you considered yours?

I think I can speak for many of us when I say that we just want to be happy in this life.

There’s nothing wrong with wanting contentment, happiness or even joy. These are good things to have. Some people are definitely a little more ambitious than others, though. I remember scrolling through Tumblr a few years back and coming across pretty typography that said: “It’s going to be okay.” Below, there was a comment that read, “That’s it? Just ‘okay?’” Even if I scoffed at that moment, in retrospect, isn’t that representative of our mentalities most of the time? Judging by our boastful posts and great ambitions, aren’t most of us trying to come off as much more than “just okay”?

I know a person who was quite ambitious in his past. He even accomplished almost everything he had set out to get—almost everything, except for the true desire of his heart. Here is an excerpt from his powerful testimony:

“I said to myself, ‘Come on, let’s try pleasure. Let’s look for the ‘good things’ in life.’ But I found that this, too, was meaningless…

After much thought, I decided to cheer myself with wine. And while still seeking wisdom, I clutched at foolishness. In this way, I tried to experience the only happiness most people find during their brief life in this world. I also tried to find meaning by building huge homes for myself and by planting beautiful vineyards…

Anything I wanted, I would take. I denied myself no pleasure. I even found great pleasure in hard work, a reward for all my labors. But as I looked at everything I had worked so hard to accomplish, it was all so meaningless—like chasing the wind. There was nothing really worthwhile anywhere.”

Needless to say, this man went above and beyond what most of us could ever accomplish in a lifetime. In his relentless pursuit of happiness, he acquired wealth, popularity, property, and even found momentary satisfaction in all of his hard work. If there were anyone who could say that they “had it all,” it was this guy. Yet, the same man declared that everything he had worked so hard to get “was all so meaningless.” In fact, it was like “chasing the wind”—pointless, lonely, and disappointing.

Have you ever wanted something so bad that you saved and saved and finally purchased it, and two weeks later it completely lost its hype? Well, imagine feeling that way but after you’ve already purchased several houses, cars and jewelry. Multiply that same dull, disappointing feeling by tenfold. That is called having a King Solomon moment.

That testimony is straight out of Scripture, in Ecclesiastes 2:1-11. King Solomon is the author. He was the son of King David, who was deemed “the man after God’s own heart” (Acts 13:22). God blessed King Solomon with a unique wisdom that we could only get a glimpse of in King David. Solomon was also thought to have written the Proverbs, a book about how to gain wisdom from the Lord. Yet, the same author of Ecclesiastes and Proverbs still struggled with the same pursuit that many of us struggle with today: the pursuit of fulfillment. But happiness is a byproduct of true fulfillment, and rather than chasing after the byproduct, shouldn’t we chase after the true source?

If we want to take a look at King Solomon’s life, we needn’t look further than the first chapter of Ecclesiastes: “Everything is meaningless.” No, really. This is coming from a person who had tasted and seen all that the world could offer him, and it made him so depressed and exhausted that he said it was all like chasing the wind. How meaningless and disheartening it must have been to be in Solomon’s shoes. He even says, “Everything is wearisome beyond description. No matter how much we see, we are never satisfied. No matter how much we hear, we are not content” (Ecc 1:8).

This is the reality of human nature—we can never be satisfied for long by filling our hearts with vain idolatry. From money, to boyfriends, girlfriends, drugs, wealth, and success, all of these things will never fill the void of our hearts. This is what it means when Scripture says: “He has planted eternity in the human heart” (Ecc 3:11). After splurging on wild living, Solomon finally figured it out: of course those things wouldn’t bring him fulfillment or even come close to filling the gaping hole in his heart. God had purposely planted eternity in him. In other words, God made a space in our hearts that only he can fill.

What treasures are you currently storing up for yourself right now? Are they treasures that you can take with you to the grave? I urge you to be true to yourself and see what you’re currently living for, because that is where you will find the desires of your heart. Then evaluate the desires of your heart to see if they are worth dying for. And truly, do all of this self reflection with the understanding that people have already achieved those things before, and were still sorely disappointed by the utter lack of fulfillment it gave them.

King Solomon’s father, David, wrote in Psalm 37:4, “Take delight in the Lord, and he will give you the desires of your heart.” I pray that the desires of your heart will be attached to the source rather than the emotional byproduct. The more you shift your focus off of material possessions and worldly successes, the more you will be liberated from jealousy and the meaningless toils of life. Do all of this by prayer because Lord knows that we can’t save or fix ourselves for long. I guarantee that once you earnestly pray for God to change the desires of your heart, you will be connected to the source and will be more fulfilled than you ever were while you were huffing and puffing, bending over backwards trying to chase the wind.

Lord, may we hear you say this for all of us when we run empty-handed back to you after repenting of our pursuit of emptiness: “Quick! Bring the finest robe in the house and put it on him. Get a ring for his finger and sandals for his feet. And kill the calf we have been fattening. We must celebrate with a feast, for this son of mine was dead and has now returned to life. He was lost, but now he is found” (Luke 15:22-24).