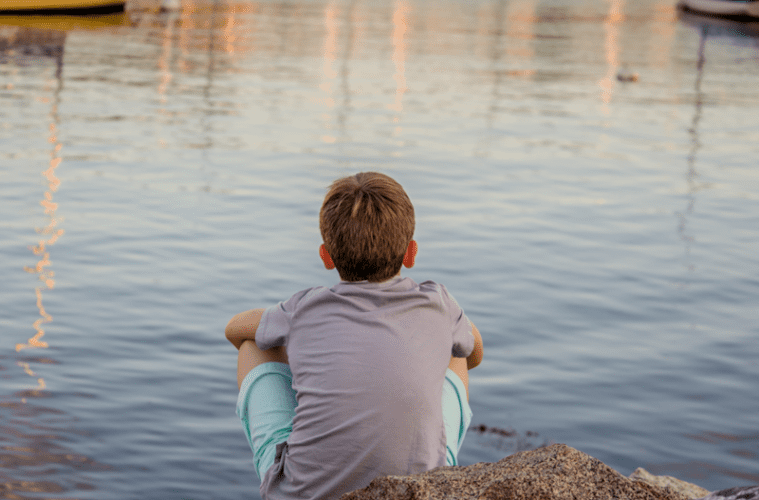 How I explained homelessness to my 10-year-old

My son and I were pulling out of a grocery store parking lot last week, when suddenly, a homeless man crossed the street in front of us.

No sooner than I looked in the rearview mirror did my son say, “Mom, I think I would be afraid of a homeless person because you just never know how they got homeless…maybe it’s because they are on drugs.”

Perhaps, it would have been easier to just tell him that he shouldn’t pass judgment on others simply based on their appearance. However, in a world inundated with stereotypes, it’s critical that we not shy away from these difficult conversations—but rather seize the opportunity to offer perspective.

For my family, these teachable moments usually come in the form of an uncomfortable comment or question such as this. So instead of deflecting and avoiding, I asked him to do a math problem with me that went something like this:

Now, deduct the following numbers for these reasons:

After pointing out that we hadn’t even factored in items such as gasoline and utilities, he quickly realized that we only had $500 left from our example scenario, and that there wasn’t enough left over to even afford housing ($700 is a conservative estimate for a 1–2 bedroom apartment in our area).

He looked up from his math problem. “Well, that’s not very fair mom,” he said. “How does anyone survive unless you live with like five people?!”

After reflecting for awhile longer, he said, “It’s sad that somebody can work 40 hours a week and still be homeless.”

Through my son’s open and honest statement, I gained an opportunity to teach him about a broken system and the importance of considering all of the factors surrounding a situation before passing judgment and forming an opinion on a subject or individual.

When I got home, I posted about the conversation on Facebook, and to my surprise it quickly got over 1,000 shares, reaching tens of thousands more people. That’s when it occurred to me that our discussion deeply resonated with people from across the country for one or both of the following reasons:

I hope that you, too, will have these conversations with your children, because one day they will be in charge of this world and we will all be at the mercy of their tiny hands. And hearts.