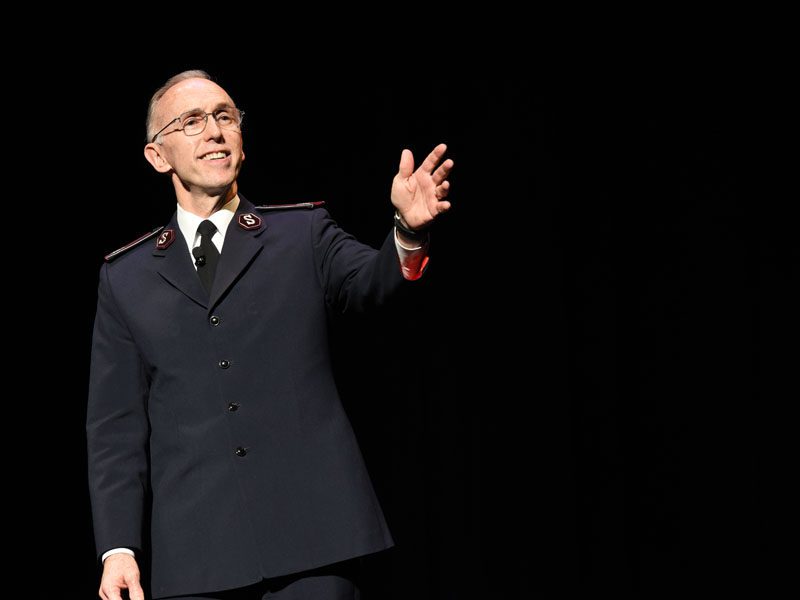 Everyone has a part to play

Each of us must build up the Kingdom of God.

Each of us must respond to need. We cannot allow ourselves to sit back. But I want to make sure that all of us understand that every single one of us has a part to play. No one is exempt from this call to action.

If indeed you feel that you don’t have the skills or the ability or the time or the expertise to do something to build up the Kingdom of God, you haven’t been listening. And more than that, you don’t know your Scripture. Think about it.

Noah was a drunk.

Abraham was too old.

Isaac was a daydreamer.

Jacob was a liar.

Leah was ugly…That’s what the Scripture says!

Moses had a stuttering problem.

Samson had long hair and was a womanizer.

Rahab was a prostitute.

Timothy and Jeremiah were too young.

David had an affair and was a murderer.

Isaiah preached naked! I don’t recommend that one.

Naomi was a widow.

The disciples fell asleep while they were praying.

Martha worried about everything.

The Samaritan woman was divorced more than once.

Zacchaeus was too short.

Paul was too religious, and Lazarus was dead!

No one is exempt.

Give me a man of God—just one,

Whose faith is master of his mind,

And I will right all wrongs

And bless the name of all mankind.

Give me a woman of God—just one,

Whose tongue is touched with heaven’s fire,

And I will flame the darkest hearts

With high resolve and clean desire.

Give me a man or woman of God—just one,

True to the vision that they see,

And I will build your broken shrines,

And bring the nations to their knees.

Friends, whatever the future holds, let the world say that Salvationists are such people. Let them say that by virtue of your unheralded, sacrificial love, the world is a better place to live in. Let them say that because of you, someone has experienced the cleansing blood of Christ. And let them say that when the Holy Spirit touches their soul, it was as if a small portion of humanity discovered fire for the second time.