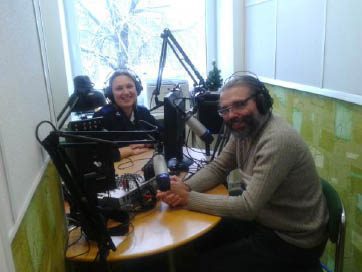 Estonia corps takes to the airwaves

The recently appointed corps leaders, Candidates Evgenhy and Arina Danilov, decided that their office could be more effectively used as a radio studio. Arina Danilov had formerly worked with Family Radio at its Narva studio, and connected the corps with radio station director Paavo Pihlak. He sourced the necessary technical equipment and the room was soundproofed and carpeted to provide the right environment for recording.

A small group of supporters gathered Dec. 6 for an opening ceremony. After words of welcome from Major Ced Hills, regional commander,

Danilov explained how God had given her a vision to use her experience in Christian media and launch this new project.

Local church leaders took to the mic to lend their support, praying that this new project would demonstrate unity among Christians in the city and form a powerful voice of witness and evangelism within the area. Volunteer broadcasters from Family Radio’s Narva studio shared testimonies received from listeners who had contacted the station to express thanks for the spiritual encouragement they had received from listening to the programs.

Hills offered a prayer of dedication before he, Methodist Pastor Arthur Pold and Pihlak to cut the ribbon and declared the new studio open and “ready for mission.”

“The influence of the gospel is not contained within the walls of our corps buildings,” Hills said. “This studio will be used to spread the news of Jesus to many people in this area and beyond. We commend Arina and Evgheny for their vision and pray God’s blessing upon this new and exciting venture.”

See more about Family Radio and about The Salvation Army’s work in Estonia. 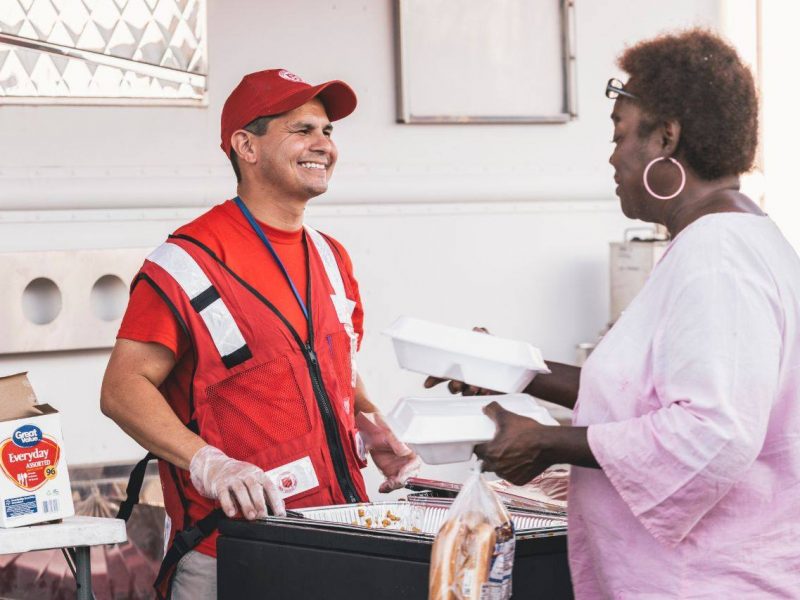 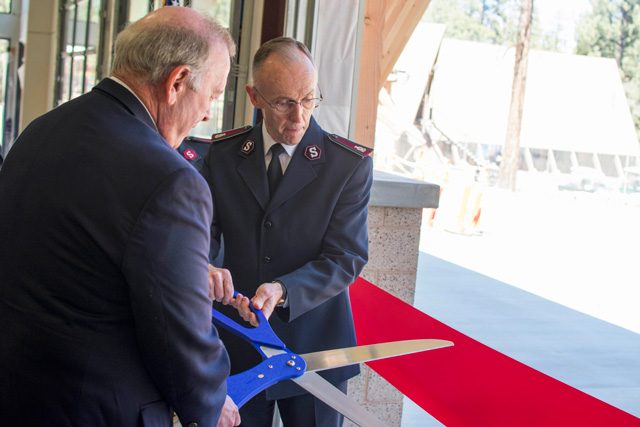