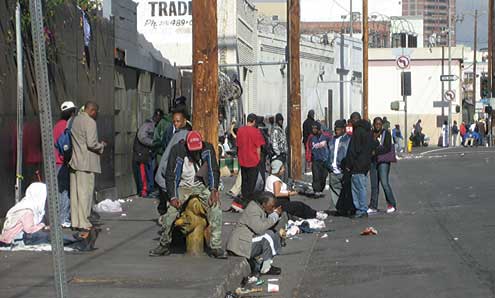 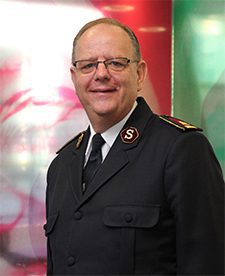 More than 30 religious and global faith-based organizations launch a call to action.

The Salvation Army international leader General André Cox joined more than 30 leaders from major world religions and heads of global faith-based organizations to launch a clarion call to action to end extreme poverty by 2030, a goal shared by the World Bank Group. The General added his signature to a statement released April 9.

The joint statement, Ending Extreme Poverty: A Moral and Spiritual Imperative, notes that remarkable progress has been made in reducing extreme poverty. Over 25 years the world has gone from nearly 2 billion people living in extreme poverty to fewer than 1 billion. Now, the statement explains, for the first time in human history there exists both the capacity and moral responsibility to ensure that no one has to live in extreme poverty’s grip.

“We have ample evidence from the World Bank Group and others showing that we can now end extreme poverty within 15 years,” the statement reads. “In 2015, our governments will be deciding upon a new global sustainable development agenda that has the potential to build on our shared values to finish the urgent task of ending extreme poverty.

“We in the faith community embrace this moral imperative because we share the belief that the moral test of our society is how the weakest and most vulnerable are faring. Our sacred texts also call us to combat injustice and uplift the poorest in our midst.”

The statement seeks to generate the necessary social and political will by inspiring greater commitments from others to join in the cause, tapping into many of the shared convictions and beliefs that unify the world’s major religions around the call and responsibility to combat poverty.

“The Salvation Army will continue to engage with policy makers and will seek to work in strategic partnerships with like-minded people in order to make this dream a reality,” Cox said. “Much of what we do now and many of our development programs around the world are actively supporting these ideals and goals.”

“Few of us can even imagine what this must be like. Let’s remember what poverty is,” Kim said of those living on less than $1.25 a day in a speech at the Center for Strategic and International Studies (CSIS) prior to the World Bank/IMF Spring Meetings “Poverty is 2.5 billion people not having access to financial accounts. Poverty is 1.4 billion people without access to electricity. Poverty is also putting your children to bed without food. And poverty is not going to school because everyone in the family needs to earn a few cents each day.”

Responding to the launch of the moral imperative, he added: “Faith leaders and the World Bank Group share a common goal—to realize a world free of extreme poverty in just 15 years. The moral imperative can help drive the movement to end poverty by 2030 by inspiring large communities to act now and to advocate for governments to do the same. These commitments from religious leaders come at just the right time—their actions can help hundreds of millions of people lift themselves out of poverty.”

The statement closes by framing the imperative in stark terms: “Poverty’s imprisonment of more than a billion men, women and children must end. Now is the time to boldly act to free the next generation from extreme poverty’s grip.”

Read the full statement at sar.my/faith2endpoverty.