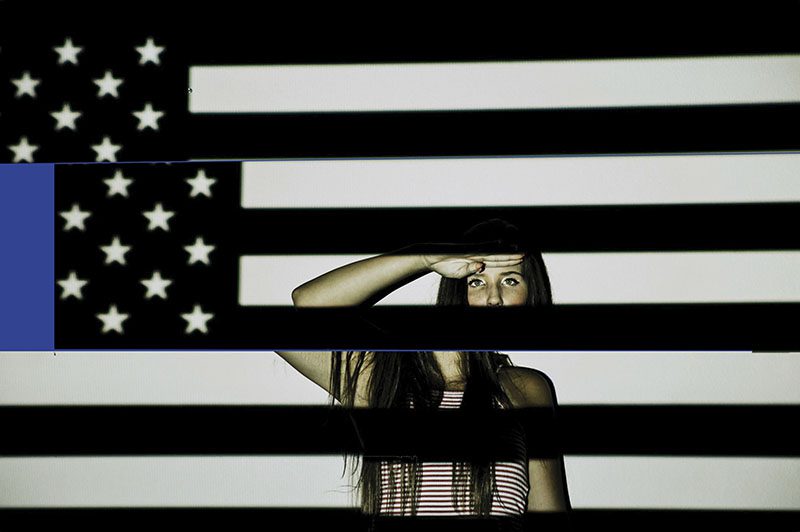 Race remains an issue in America.

Black and white Americans are still deeply divided when it comes to views of racism, racial inequality and prospects for change, according to a 2016 Pew Research Center survey.

Blacks, far more than whites, say black people are treated unfairly across different realms of life, from dealing with the police to applying for a loan or mortgage, according to the telephone survey conducted over a three-month period starting in February. And, for many blacks, racial equality remains an elusive goal.

When asked about the current state of race relations in the United States, 46 percent of white Americans say race relations are generally good, but that number drops to 34 percent among black Americans.

It’s not surprising, then, to see that opinion differs greatly among the two groups as to whether race equality will ever be reached. About four-in-10 blacks are doubtful that the U.S. will ever achieve racial equality, whereas only 11 percent of whites expressed doubt that these changes will come.

“For many white respondents, if you ask them how close we are, ‘We’re just right about there. We don’t have much further to go,’” said Dr. Amon Emeka, professor of sociology at Skidmore College in Saratoga Springs, New York. “If you think we’re not that far away, the answer is, ‘We can do it.’ But if you think we’re really, really far away you’re going to have a different answer.”

Those differences can be attributed to experience, Emeka said. For example, Americans who have friends or family who have been shot while unarmed probably think the country is really far away from race equality, whereas those who have never had an experience like that probably think equality isn’t that far off.

There are also two fundamentally different views of the system we live in, said Whitney Dow, director of the Whiteness Project, a multi-platform investigation into how Americans who identify as “white” experience their ethnicity.

White liberals see racism as a fault in an otherwise good system founded on equality, but people of color see white supremacy as the foundation of the system itself, making it inherently unequal, Dow said.

DO GOOD
–
Read the Pew Research Center’s 2016 report “On Views of Race and Inequality, Blacks and Whites are Worlds Apart” at pewsocialtrends.org

– Explore the Whiteness Project, a multi-platform investigation into how Americans who identify as “white” experience their ethnicity, at whitenessproject.org

– Visit the National Museum of African American History and Culture that seeks to understand American history through the lens of the African American experience in person in Washington, D.C., or online at nmaahc.si.edu

– Reflect on your own experiences, even writing a personal history on where you come from and what sorts of biases you have

This divide in perception is also visible when discussing American history with members of different races. For example, many white Americans would say the late 1950s were a time when the country was at its best, conjuring stories of Leave it to Beaver, Ozzie and Harriet and Norman Rockwell. That’s not the case for many black Americans, Emeka said.

This combination of varied experiences and differing views on the system we live in and the history we come from creates an understandable divide between races. And it’s one that many white people have never even thought about, Dow said.

Many of the people whom he interviewed for his project had never considered the most basic questions, such as “What makes you white?,” “What are the benefits?” and “What are the drawbacks?”

“A good chunk of people I interview find it transformational,” Dow said. “It sort of awakens them to have a conversation about race.”

In order to bridge that perception gap, more white people need to reflect on their own experiences, where they come from, and what sorts of biases they have, said Kevin Poirier a high school educator and social justice activist in Charlotte, North Carolina.

“There are so many white people out there who think that talking about race is something that only people of color are doing,” Poirier said. “But if you’re a white person who understands their privilege and that not everyone is granted that privilege, you’ve got to speak up.”

Emeka echoed that sentiment, though cautioned that he’s “kind of sick of conversation, frankly.”

“I’ve been teaching race relations for 20 years, and from day one, people have been saying we need to have better conversations,” Emeka said.

While open dialogue could bridge the divide in perception on race issues, ongoing segregation continues to be a barrier. People would need to live in more integrated societies in order to have those critical one-on-one conversations. Too often, the people next to us in church, at the bus stop or at the coffee shop are people who look like and have the same shared experiences as us, Emeka said.

That disconnect between races and lack of shared experiences or common dialogue starts in our schools, Poirier said.

“We have a country of people who don’t know one and another and are living in separate worlds,” Poirier said. “When we have segregated schools and segregated neighborhoods, it’s very difficult to have conversations about race relations.”

“They think it’s not their issue, that race is for people who aren’t white,” Dow said. “But people of color are really tired of carrying the weight of this discussion. I can pick up the mantle and carry some of that weight.”

Once more people engage in those discussions of race, privilege, bias and inequality, then maybe the divide in opinion on race issues in the United States will shrink. But in order for that to happen, everyone, not just people of color, have to be willing to have those conversations, Emeka said. Change only happens when both sides are part of the conversation.

“I don’t think it’s fair to continue to ask people of color to pour their hearts out and do the education,” Emeka said. “There are folks who are more than willing to do that, at least for a while, but there’s a certain level of battle fatigue that comes with that work.”