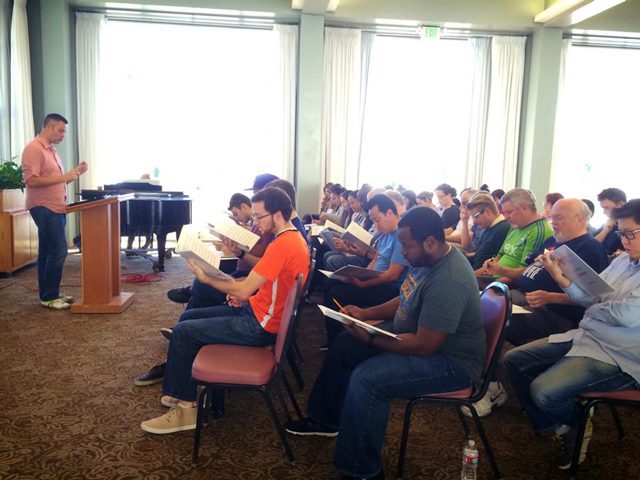 ‘The Covenant’ prepares for premiere

“Covenant” cast members rehearse in preparation for the musical’s debut.

“As an ailing William Booth ponders the future of his beloved Army, we travel through history and across the globe witnessing his legacy in action. From the mountains of China to the streets of New York, from the jungles of Papua New Guinea to war-torn Europe, his covenant has become our covenant.”

So goes the premise of “Covenant,” the musical production slated to premiere in London at The Salvation Army’s international congress, Boundless: The Whole World Redeeming, in July.

The musical’s playwright Karl Larsson, music composer and director Kevin Larsson, and lyricist Commissioner Keith Banks, created the concept and structure of the musical last year. They tailored it to reach the multicultural audience at Boundless, and live beyond the congress.

“Up to this point, the musical has been more of an idea in our heads about something a long time off, but now we’re dealing with actors, budgets, recordings and set design,” said Karl Larsson, who is co-directing the musical with Barbara Allen. “This is where it begins to feel real.”

“Covenant” is structured as a series of vignettes that parallels the funeral covenant of The Salvation Army’s Founder William Booth.

“We’d always envisioned various self-contained stories connected loosely by an overarching story revolving around William Booth, and that’s how it turned [out],” Larsson said. “General Booth knows his health is failing, and is worried about the future of the Army. Will it survive beyond him? His solution is the mysterious ‘covenant’ we see him working on throughout the show. The contents of that covenant are revealed at the end, and our hope is that the audience will immediately recognize the connection between that very real historical document and the true stories they have just witnessed on stage.”

“Covenant” cast members rehearse in preparation for the musical’s debut.

Choosing the stories for the musical was a collaborative effort.

“[Banks] is a treasure trove of Army stories, so some originated from him,” Larsson said. “We also spent a lot of time reading online editions of as many Army periodicals as we could find, looking for those more modern stories. As friends and family learned about the project, they told us about things they’d read and heard, and our territorial commander also wrote out to every territory asking for stories. That process gave us plenty of material, but our criteria was strict: the stories had to be fairly obscure and they had to connect to our theme.”

A key challenge for Larsson was determining the sequence of the play’s stories.

“I always knew which one I wanted last, as it’s the longest and most complex and in some ways, most remarkable story,” Larsson said. “The other segments all vary in style, mood, length and era, so we plotted out how we hope the audience will react emotionally to each segment, and then tried to smooth the edges of those emotional transitions as much as possible.”

Kevin Larsson and Banks built the music and lyrics upon the message of each story featured in the vignettes.

“The genuine, inspirational nature of these stories gave me the ideas I needed,” Banks said. “The lyrics relate directly to each vignette and attempt to explore and expound the essence of the story.”

Karl Larsson said that each scene in the musical is meant to reach every type of audience member.

“People like to shuffle their music these days, and this is in some ways a ‘shuffle musical,’” he said. “It jumps through time and place, switching tone, mood and style, but underneath it all is this powerful, unifying concept of ‘covenant.’”

For Banks and the Larssons, the ultimate hope is that the audience grasps the evangelical message of the musical.

“Each vignette has a message. In some the message is about commitment to Christ; in others it is about loyalty to Christ in difficult circumstances,” Banks said. “Our hope is that all who see the musical will catch the spirit of that covenant and then make their own covenant, joining enthusiastically and sincerely as one to create a shared covenant that will impact the world for Christ.”

Full cast and crew of Covenant 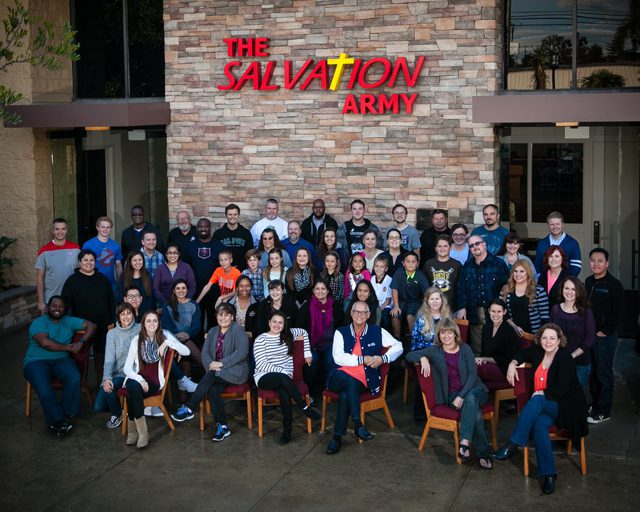