The Western Territory annually admits 7,500 men and women into its 22 Adult Rehabilitation Centers (ARCs), a cost-free and biblically-based program to overcome addiction. 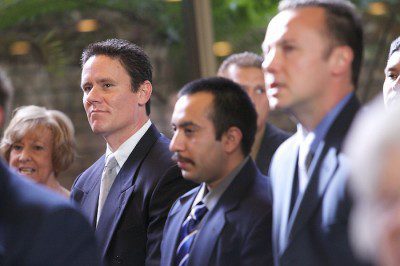 Roughly 2,500 (33 percent) of these beneficiaries graduate, yet the majority are not found worshipping in one of the territory’s 249 corps—the center of Salvation Army worship, growth and social care within a community. Historically, the Army has not effectively transitioned ARC alumni to corps membership, and the Western Territory devised a plan to change this—the ARC-Corps Connection Initiative.

“We have an abiding responsibility to those who are lost in their addictions and those who have found peace through God from their addictions,” said Territorial Commander Commissioner James Knaggs. “Let us rededicate ourselves to the least, the last and the lost. Let us work in the name of Jesus with deep faith in him.” 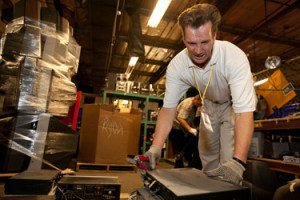 A creative caucus met in fall 2011 to discuss bridging an individual from the ARC to the corps. The two operate in separate facilities, but each acts as one-half of the recovery process rather than the whole. The ARC programs work toward healing, but the standard stay is six months; ongoing care, engagement and connection is needed at the corps.

“There are so many who come to ARCs feeling isolated from God. What are we going to do about the distance that separates people from God?” said Major Man-Hee Chang, ARC Commander in the West. “The ARC-Corps Connection Initiative is to build a bridge to shorten the distance, inventing a connection to lead men and women of ARCs to make a first step on the road to recovering, restoring and deepening a relationship with God in our corps.”

The initiative has three goals: track graduates, educate people on recovery ministry, and help build relationships, and is being tested in three pilot locations—Honolulu, and Anaheim and Pasadena, Calif.—each with its own recovery ministry director. 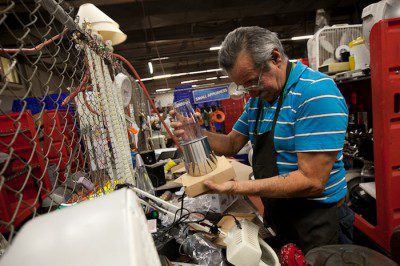 “There’s a strong fellowship developed being in the ARC program, like being in the Marine Corps,” said Ryan Lehman, the recovery ministry director at the Anaheim-Praiseworks Corps and an ARC graduate. “They say, ‘once a Marine, always a Marine,’ and it’s the same way with the ARC. There’s a camaraderie there…but to have that disappear would’ve been devastating to my recovery. Had I not plugged into this church, which is a recovery community, I can’t say I would’ve succeeded in my recovery.”

The ARC software underwent an upgrade to more effectively connect with graduates and non-completers of the program, a new alumni website will soon launch and ARCs are better using social networking to connect with individuals. 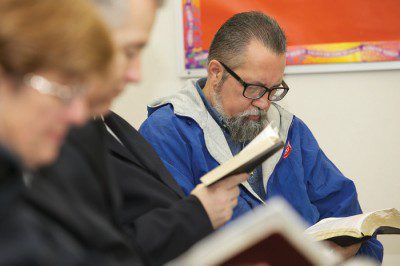 “The upgrade allows us to more systematically share information with the nearest corps officer about family contacts they can make to support the family while the beneficiary is still in program, and then to follow-up as the beneficiary leaves the program,” said Captain Jim Boyd, ARC Command secretary for program.

To educate all involved parties—cadets, officers, ministry leaders and congregation members—on the principles of recovery, the territory implemented training ranging from understanding the recovery process to how to have a conversation with a beneficiary. Prepared by the ARC Command, a trial “ARC 101” class in Southern California last spring taught 50 officers and soldiers how to work with people with addictions.

At the College for Officer Training (CFOT), second-year cadets now take a required “Introduction to Addiction and Recovery” course. 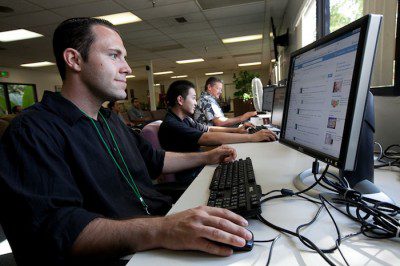 “The simple goal of this course is to have each cadet understand the addiction mindset; it is not simply regulated to drug and alcohol recovery but explores various other addictions as well,” said Major Tim Foley, CFOT principal. “The cadets are challenged to think ahead to their future ministries to find ways to combat addictions, start ‘celebrate recovery’ programs and gain a greater appreciation and understanding of ARC, Harbor Light and other treatment programs operating in the Western Territory.”

For the first time, cadets are also being given the opportunity to complete fieldwork placements at ARCs.

On a Sunday morning at the Anaheim-Praiseworks Corps, 40 percent of the 325 attendees are from the Anaheim ARC. 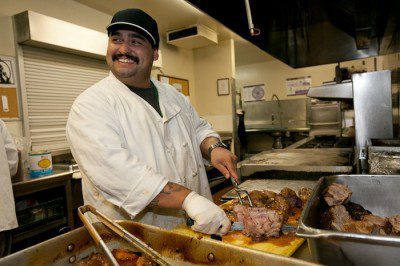 To create a solid salvationism foundation, the corps  invites beneficiaries and congregates alike to participate in corps programs including an art show, zumba classes that meet at the ARC and a volunteer fair.

“We are diligently working at connecting each individual with the best opportunity that fits individual ability, time requirements and corps need,” said Envoy Michael Freeman, pastor of Anaheim-Praiseworks Corps. “The more connections the better. The ARC is not ministry that our corps reaches out to, but they are part of our corps.”

To include ARC beneficiaries in Sunday school classes, the Pasadena Tabernacle Corps increased its available adult classes from two to nine in addition to its five kids’ classes. Class attendance jumped from 40 adults to 120 adults; youth attendance remained roughly 40 kids.

“The ultimate goal is not just about a Sunday school lesson, but developing relationships and support and friendship,” Major Darren Norton, Pasadena Tabernacle corps officer said. “We want people from the ARC and the Tab to mix, learn each others’ names and get to know each other.”

“When a guy or lady completes the ARC program after six months, I want very much for him or her to think, ‘Where else would I go to church but at the Tab? That’s my family,’” Norton said.

Honolulu is connecting beneficiaries to corps close to his or her home to aid a more seamless integration post-graduation, and is inviting families to take part in corps activities and ministries. Many beneficiaries have joined with youth missions program Revolution Hawaii to connect with the area’s homeless individuals.

Results are evident at the pilot sites as individuals are coming to corps deliberately, and being connected. The initiative will soon expand to San Diego and Phoenix as it spreads across the territory, connecting ARCs and corps alike. Corps are also looking at ways to provide housing and employment to graduates as data reveals the significant impact an extra six months emphasizing sober living and employment can have on a graduate.

“God did not allow Cain to evade responsibility when he asked, ‘Am I my brother’s keeper?’ We have an obligation to each other,” Chang said. “When we are in genuine, Christ-directed relationships with others, all holding responsibility to each other, providing for the basic needs of others, we will find love and fulfillment in our mission.”

Then, Chang said, we can all share the same testimony:“Your people will be my people, and your God my God” (Ruth 1:16 NIV).

Derek Linsell is the CEO and President of Apricot Consulting, a global consulting firm that works with corporations and non-profits on innovation, change management, leadership development and corporate social responsibility.