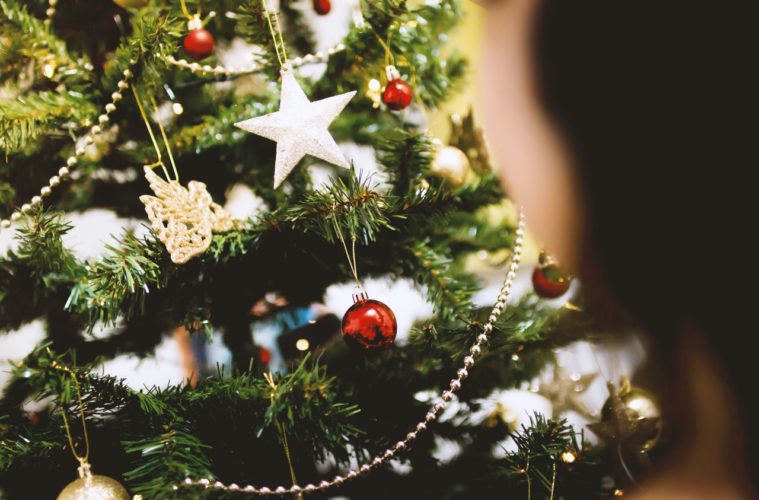 Confused at Christmas? Me too.

We’ve hallmarked the hell out of Christmas. We really have. We’ve smoothed over all the rough spots and photoshopped and fairy-dusted the characters to death. And in so doing, we’ve most likely missed the shocking and earthy truth of its message—the daring, crazy, strategy of God becoming a helpless human baby to an oppressed people group—a move that against all odds, succeeded in changing the world forever.

It makes no human sense.

It obviously made sense to someone since heaven couldn’t keep it in. Literally, heaven exploded on the eve of Jesus’ arrival, bursting with good news that they could no longer keep to themselves. Angels almost giggling with the ridiculous grace of God emerging on the Earth through a baby, 8 pounds and 6 ounces if you go by “Talladega Nights: The Ballad of Ricky Bobby.” Whoop whoop—baby Jesus!

So, remind me again why it matters? One more carol, another Christmas tree, presents we really don’t need…why do we keep celebrating Christmas?

I celebrate Christmas because it keeps me honest. If you read the accounts, every character in the Christmas story cannot understand what is happening. Everyone is surprised. Joseph is troubled, Mary is confused and disturbed, the shepherds are peeing their pants, the king is threatened, the wise men unsure, and the innkeeper is blissfully in the dark. And if I’m honest, most of the time I fluctuate between these character reactions.

blissfully in the dark

That pretty much sums up my faith journey.

God’s plan is humanly impossible to track. It makes no sense until you tell it later, often years later, and even then it can be hard to understand. I shared a ride with a remarkable man today. He was instrumental in reaching a people group who had never heard of Jesus before. He started the first church in the tribe and witnessed many miracles and amazing answers to prayer. I asked him what it was like. He answered honestly, “It was baffling.” Now, don’t get me wrong. He is in good spirits. He’s amazingly upbeat and expectant about what God is up to in the world. He is a campaigner of the good news. He knows that God is on the move.

But he also knows something that everyone who gets invited into the unfolding drama of God’s kingdom come knows, from the first Christmas events until now. What God is up to in the world is beyond our human understanding. And there is a word that sums that up nicely. It’s a word that also sums up the actions of God putting skin on and moving into the neighborhood—humility. Yep. There, I said it.

Christmas keeps me honest. And honest keeps me humble. And even though I’m mostly surprised and confused, stuck between paralysis and peeing my pants, I wouldn’t trade the invitation God has given me in Jesus for anything else in the entire world. So, from one rough, real, earthy character to another—Merry Christmas. May God keep surprising and inviting us into the nonsensical, baffling, breath-taking reality of his kingdom come—and may we be caught up in the drama together, clothed in humility, and ready for some action.