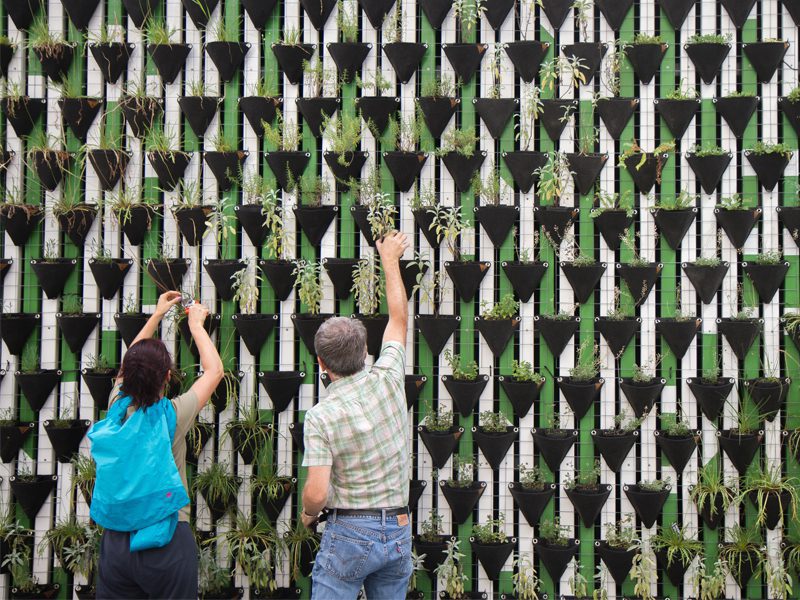 Can volunteering ward off depression?

When Tessa’s mom died suddenly of a heart attack, she not only lost a companion, whom she spoke with every day, she became the primary caregiver for her dad with dementia.

The pain Tessa felt led her to attend a grief group at her church.

“That probably saved my life. I was really in a very, very bad place,” she said. “It made me realize how bad it was.”

After completing the group course, Tessa started volunteering to help others going through grief.

“I do it because it helps me, but I also do it so if I can help one person not go through some of the anguish I went through on any level, then that’s a good thing,” she said.

Tessa’s experience isn’t unusual. According to a recent research project at Exeter Medical School that collated evidence from 40 different studies over the last 20 years, volunteering “had favorable effects on depression, life satisfaction and well-being.”

In her practice, Dr. Andrea Forbes, psychologist at La Vie Counseling Center in Pasadena and Santa Monica, California, has found volunteering to be good for the mind and the soul.

The connection humans crave has long been a recognized factor in maintaining optimum mental health. Conversely, a study from the University of Minnesota found lack of social connection as a cause of depression.

And while volunteering may not be a magical cure-all, it can spark a useful shift in perspective.

“It forces people, at least temporarily, out of sort-of circular kind of depressive thought patterns that go with depression,” Forbes said.

According to the U.S. Bureau of Labor Statistics, 27 percent of American adults volunteer. While the motives behind volunteering vary, studies show most are altruistic, to “give back” to the community or an organization that has supported them. Others volunteer to widen their social circles or to distract from problems in their daily life.

Whatever the reason, maintaining social connection is key when trying to help alleviate symptoms of depression and preventing the condition from becoming overwhelming. And volunteering is high on the list of ways to help keep negative thoughts at bay.

“A big part of depression is feeling like there is nothing worth doing, there is no meaning and excessive guilt,” Forbes said, mentioning common depressive thoughts like, “I’m not worthy” and “I have nothing to offer.” “When someone is depressed they have that experience, so doing something with purpose and meaning counteracts that thought process and that feeling.”

DO GOOD
– Visit volunteer.usawest.org for a list of opportunities in your area.

Yet, Forbes said the kind of volunteering also matters in curbing depression.

“Finding something that somebody has some sort of interest or passion or curiosity in is also key,” she said. “If it’s something that they have no interest in, that they’re doing just because they feel they have to in order to be a worthwhile human being, [it wouldn’t be as beneficial].”

Forbes said many of the mental health benefits of volunteering result from human-to-human interaction.

One woman, in her early 70s, who suffered from back and knee pain that left her unable to work, was isolated, but had the energy to volunteer.

“So we talked a lot about volunteering, and she had a sort of depressive mentality that she had most of her life,” Forbes said. “[When considering volunteering options], there was a reason for it to be ‘no’ or to be not interesting to her, so it took us a while to figure out what could be of interest.”

Eventually, the client found she enjoyed playing her harp for people in the hospital and she also began coordinating a children’s program through her church.

“[Volunteering] definitely improved her mental health, and that was only probably four hours a week,” Forbes said.

Many find opportunities through the church, but similarly must find the right fit rather than aiming to fulfill a duty.

When Carol’s husband died in 2007, she’d recently moved to Florida and had limited connections, so she started attending church more frequently. When she became involved with the church’s bazaar, a women’s group that made crafts to sell, she started feeling more encouraged.

“It does help to be out among people and it makes you see there’s a life beyond what you had before,” she said.

After noticing books piling up at her local library, she started volunteering there as well. She also took on more projects at her church, and eventually met a widower in the congregation. She invited him out after the service to her lunch group.

“And now I’m wearing a diamond ring,” she said.