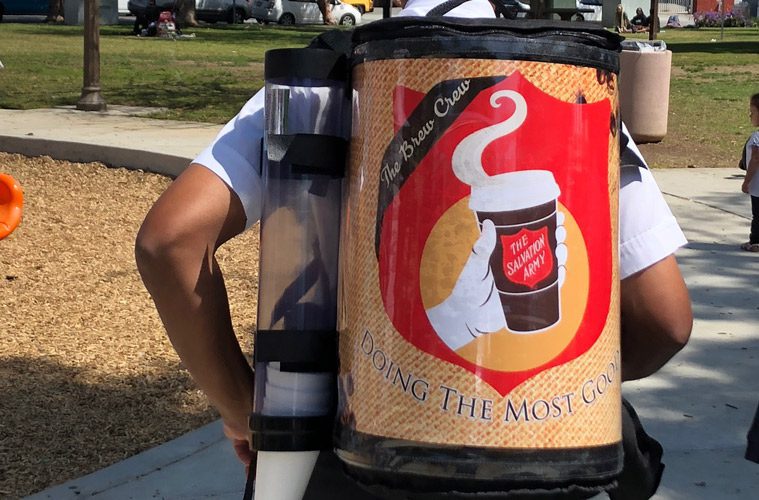 The Salvation Army has a street outreach centered around coffee: the “Brew Crew.”

These teams of those in addictions recovery programs through the Adult Rehabilitation Centers (ARC) venture out with backpack coffee dispensers, known as “Rocketman Backpacks,” to share Jesus and a cup of coffee, with the outreach aimed primarily toward those experiencing homelessness.

“We are called to go out and minister to others and that’s exactly what we did,” said Lt. Tanya Garrett, Administrator for Program at the Long Beach ARC. “These people are some of the most vulnerable of our population, and sharing Christ and a cup of coffee is an easy way to begin a conversation with them.”

“In the ARC we know how important it is to give back to others,” said Major Dina Graciani, Secretary for Program for the ARC Command. “Giving back what you have learned is how you hold on to what you’ve learned.” 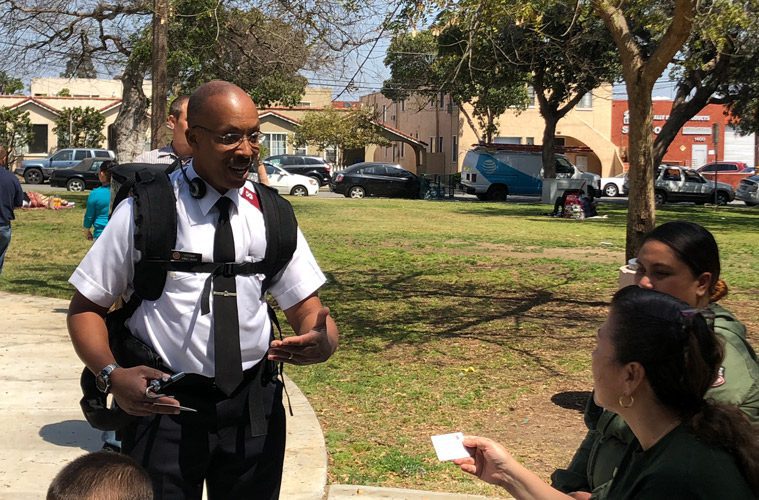 “I have real compassion for the people I meet,” Snyder said. “It’s a real honor to go out, give people a cup of coffee and hopefully spark an enlightening conversation.”

With backpack coffee dispensers, the Brew Crews set out with a simple goal: to show love.

Snyder knows how important it is for the men and women still involved in the ARC programs to go out into the field.

“A lot of these guys have rough pasts and have fallen on hard times,” Snyder said. “The amazing thing about the Brew Crew is that the opportunity to go out into the community and help others opens beneficiaries’ eyes and helps them share their experiences.”

Despite going into the field with the same goal, each Brew Crew team has taken a different path along the way of their ministry.

The Bakersfield Brew Crew, for instance, teamed up with KRAB from iHeartRadio at the Ming Avenue Salvation Army Family Thrift Store to hold a community event. 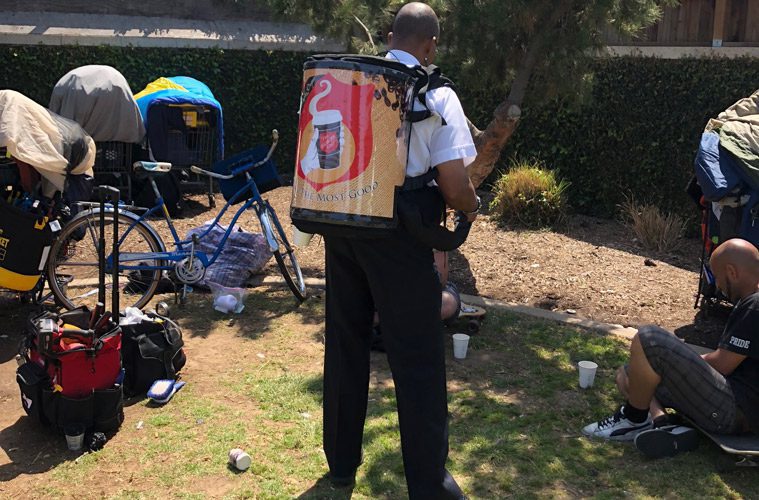 “We had coffee, a live DJ, job postings, program information and a ‘whole lotta love’ for the people of Bakersfield,” said Lt. Ray McGonigle, Bakersfield ARC Administrator. “It proved to be a perfect event to share our mission with the community.”

The Seattle Brew Crew began welcoming customers and those who congregated outside local Family Thrift Stores with a morning cup of coffee.

“Soon, our plans include going out to shelters, several nearby stadiums and other summer venues to minister to our homeless brothers and sisters,” said Captain Paul Swain, Seattle ARC Administrator. “We are Christ’s hands and feet on earth and the possibilities are endless with the Brew Crew team outreach.”

Wherever they are, the goal is simple: to show love.

“It’s easy to get caught up with complicated things in life,” Snyder said. “Sometimes, it’s about planting that seed inside of someone and showing them the path.”

Samuel Hill is a former intern for New Frontier Publications.