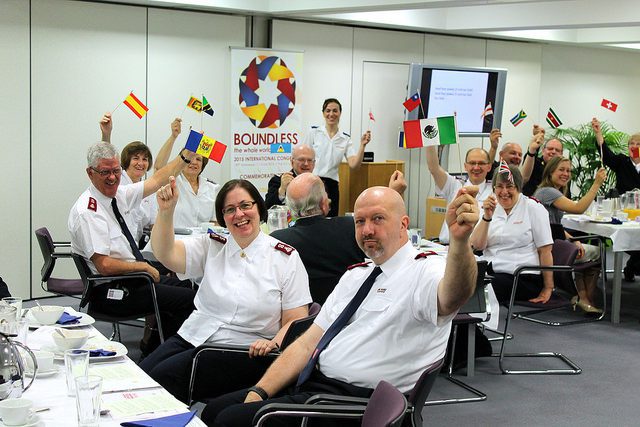 Donations from those attending went toward the Mind the Gap fundraising program to bring delegates from the developing world to London next July. The event also  launched the international prayer wave, “Boundless –The Whole World Praying.” The concept is simple but significant—territories and commands around the world will share in 24/7 prayer daily from July 1 to the last day of the congress on July 5, 2015.

In his address, the General encouraged attendees to take time to listen to what God is saying. “God is calling the Army back to London to speak to us, to energize and renew us and we must come to listen,” he said. Stephanie Chagas of the Centre for Spiritual Life Development led a time of consecrated prayer.

Staff and officers at IHQ are now engaged in four days of  round-the-clock prayer. During office hours the International Chapel, outside the General’s office, will be the heart of the prayer focus, with prayer stations and beautiful graphics enhancing the already-striking room.

Next, the “wave” moves on to the New Zealand, Fiji and Tonga Territory. All territories and commands around the Army world will participate in order to bathe The Salvation Army and particularly next year’s international congress in prayer.

The prayer initiative is being managed by the congress team at IHQ in conjunction with the Centre for Spiritual Life Development (CSLD), which developed prayer resources for territories and commands around the world. 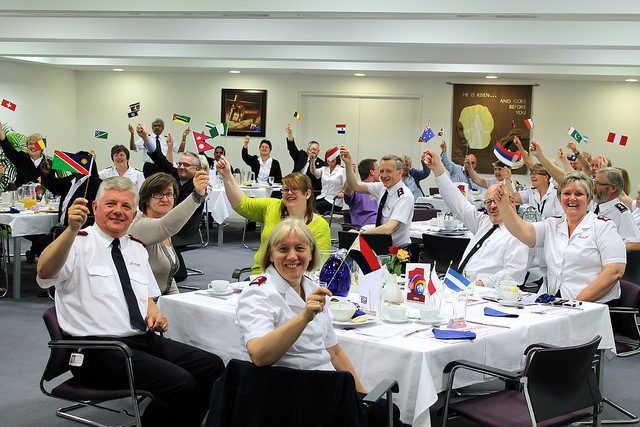