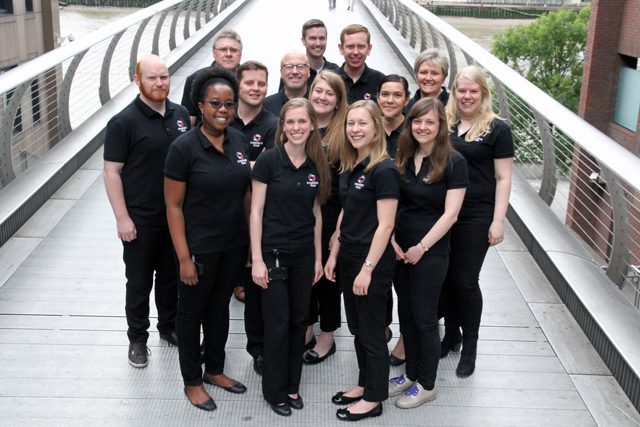 Boundless may be over, but its impact remains, especially for five young adults from the Western Territory who served as volunteer interns in the International Office of the Congress at International Headquarters.

Now that it’s over and they’ve returned home, the interns have had time to digest their experience.

“It still doesn’t seem as if it all really happened,” Magdaleno said. “The year has flown by so quickly.”

Mejee Lutcher echoed that sentiment. “The overall feeling of Congress being over doesn’t seem real,” she said.

“[They] were intentional about keeping Christ in the center of every detail,” she said.

Each intern returned with special memories. Zvobgo translated Major David Vandebeulque’s sermon from French into English live onstage during the fifth main session, “An All-Embracing Army,” which celebrated The Salvation Army’s cultural, linguistic and artistic diversity. Vandebeulque, territorial youth coordinator in the France and Belgium Territory, spoke on Jesus’ call to make disciples of all nations.

“Multiculturalism is not merely a nice, but optional, part of our churches and communities,” Zvobgo said. “It is foundational to the church Jesus calls us to be.”

Both Magdaleno and the Lutchers commented on the thrill of seeing people from throughout the world worshiping together.

“I’d heard it was the first time that the [worldwide] Army was all represented at congress and it was great to be a part of making that happen,” Magdaleno said.

“Never before I have seen so many people together under one roof worshiping God and celebrating The Salvation Army,” Jodianne Lutcher said. “Watching the final session reminded me that the hard work was worth it and we were successful—God was glorified!”

Kelly Zvobgo translates from French to English during a general session

To promote the congress activity “Late Night Alive,” Mejee Lutcher filmed a daily segment called “Mejee, My Selfie and I.” His goal was to get a selfie with a person from all 126 countries where the Army works. When he realized he wouldn’t succeed, he ended his segments with a selfie in the arena—capturing all 126 representatives in a single photo.

Morris managed communications and created content for the Boundless Facebook, Twitter and Instagram. She noted that because of social media and live streaming, congress events reached people in 157 countries. The social reach for #Boundless2015 topped 16 million people.

“People have asked what we want to see come out of congress,” she said. “I’d love to see the Army continue to grow because of it…so that possibly when the next one comes around we are actually serving in 157 countries and still reaching more.”

During their year in London, the interns found new corps homes.

“Knowing that we would only be here for a certain time, they invested in us as if we had always been there,” Magdaleno said. “Even though you’re away from home, with the Army you’re always ‘home.’”

Zvobgo attended Regent Hall Corps, which conducts regular open-air ministries. One day, Songster Leader Mark Walton asked Zvobgo to speak to a woman, named Iris, who occasionally came to these events. Zvobgo introduced herself and asked Iris if she had a church home.

“She told me she didn’t really go to church, so I invited her to our afternoon meeting, which she attended,” Zvobgo said. “I’ve seen her at the Hall almost every Sunday since and she’s made friends with some of the corps ladies. If I did nothing else this year than [re]introduce Iris to church, I consider it a success.

“If people aren’t coming to church, we have to bring church to them. Don’t you think?”